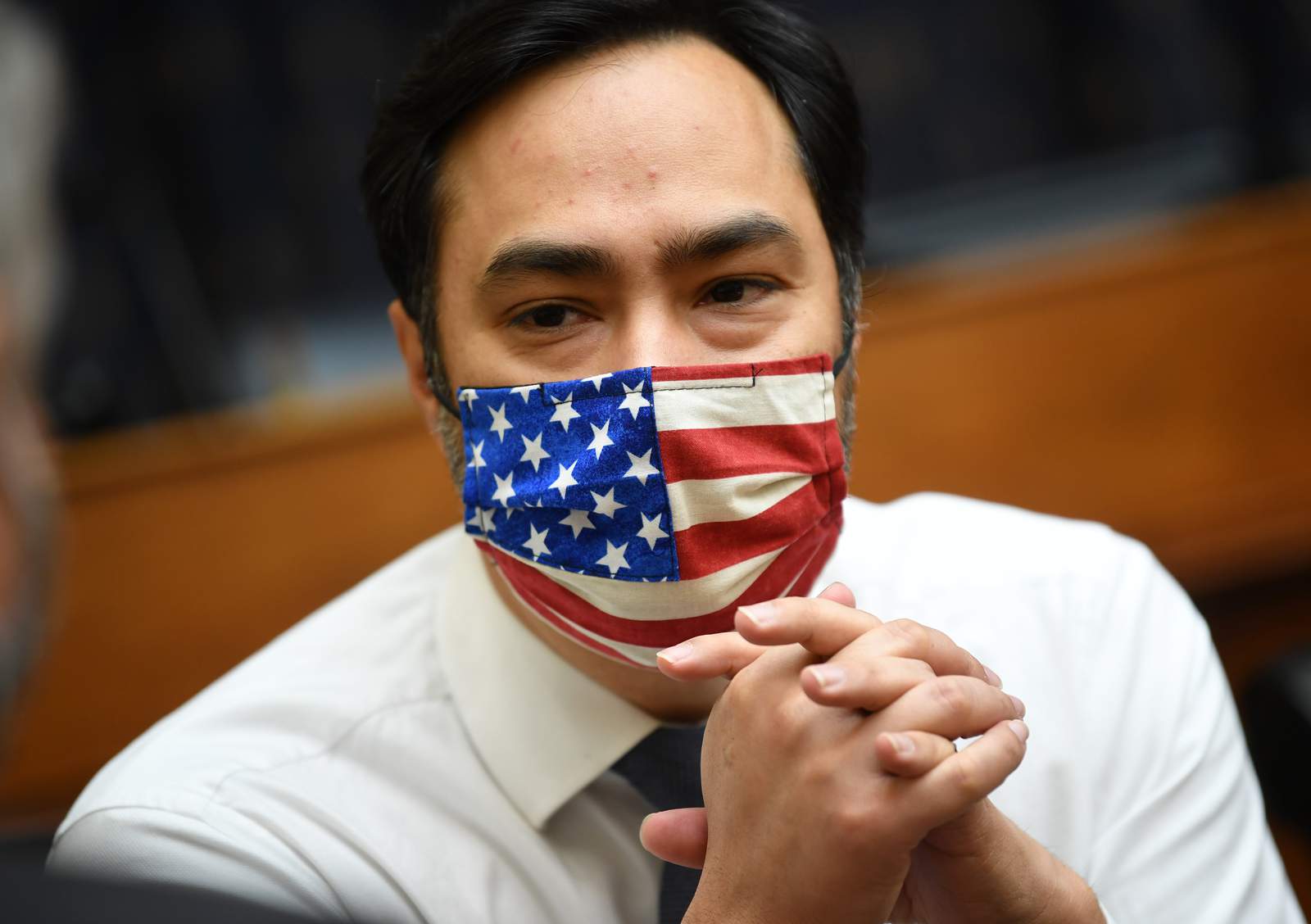 From the start, on Jan. 25, San Antonio Rep. Joaquin Castro continued his duties as Impeachment Manager. That day, he joined eight of his House colleagues at the Capitol, to deliver the articles of Impeachment to the Senate.

He and his eight colleagues have the hefty task of convincing 100 Senators to vote in their favor, and that a future where former President Trump may be permitted to run for office again cannot be realized for the country’s sake.

Since Pelosi selected her impeachment managers, it's been widely reported that the prosecution will rely heavily on Trump’s past words, along with video evidence from the insurrection.

The Senate impeachment trial is in the works, with a lot of it happening behind the scenes, but Castro has been busy with other matters — the bulk of it to do with foreign policy and immigration.

On Monday, Castro also introduced three pieces of immigration legislation for the new Congress, “to restore dignity and protections for immigrants in the United States.”

All three had previously been introduced in the 116th Congress.

The reintroduced bills include:

The Jakelin Caal Death in Custody Reporting Act: Named in honor of a seven-year-old girl who died in U.S. government custody after crossing the border, it requires the Departments of Homeland Security and Health and Human Services to report on and investigate all migrant deaths that occur in government custody

The CHANGE Act: eliminates the term “alien” and “illegal alien” from federal law and replaces them with “foreign national” and “undocumented foreign national,” to restore humanity in the language of our immigration laws. Castro notes a similar proposal is included in Biden’s Proposed U.S. Citizenship Act.

A Private Bill for Sanctuary Relief: Would provide permanent resident status and rescind ICE orders of removal for Alirio Gamez, a Salvadoran refugee, and Hilda Ramirez and her son Ivan, Guatemalan refugees. All three individuals have been living in Austin-area houses of worship for years as a last resort to avoid deportation back to the danger they fled, sheltered by dedicated faith communities.

In a similar vein, Castro, along with Reps. Edward Markey (D-MA),Elizabeth Warren, and dozens of other House members, sent a letter to Biden, urging him to grant protection to immigrant families living in sanctuary churches across the nation.

The letter to the president asks Biden to Direct ICE to “exercise prosecutorial discretion to grant a stay of removal to each person living in sanctuary,” and further asks Biden to lift the deportation orders for people living in Sanctuary within the first 100 days of his presidency.

The letter also asks for private bills, like the bill for Alirio Gamez, and Hilda Ramirez’s family to be signed into law.

“In the midst of a deadly pandemic, we need to do everything possible to extend health care for all. I am proud that this letter gathered such strong support in the House of Representatives, and I look forward to working with the Biden-Harris administration to build on the ACA and expand health care coverage,” the letter reads.

Castro also hinted at a future bill to grant citizenship to essential, undocumented immigrants who have risked their lives throughout the pandemic.

They don't run America, but they make America run.

I'm working on a bill to grant them a path to citizenship as part of our COVID recovery. #WeAreHome pic.twitter.com/jOFxAkKXdY

On Jan. 28, it was announced that Castro was elected Chair of the House Foreign Affairs Subcommittee.

I’m ready to get to work as Chair of the @HouseForeign Subcommittee on International Development, International Organizations & Global Corporate Social Impact.

“I look forward to continuing my work on the Western Hemisphere subcommittee, engaging in U.S.-Mexico relations and addressing the root causes of migration from Central America. I will also continue to champion the need to rebuild the Department of State, including structural reforms to ensure America’s diplomats reflect the diversity of the American people,” Castro said in a statement.

Castro has proved his commitment to the House Foreign affairs and its subcommittees, and he even ran a close — but in the end, unsuccessful — bid to become Chairman at the end of 2020.

Since his new committee chair appointment, Castro has said that he will focus on worldwide vaccine distribution, combating climate change, transnational corruption — ranging from migration to human rights threats — and restoring ties with the United Nations.