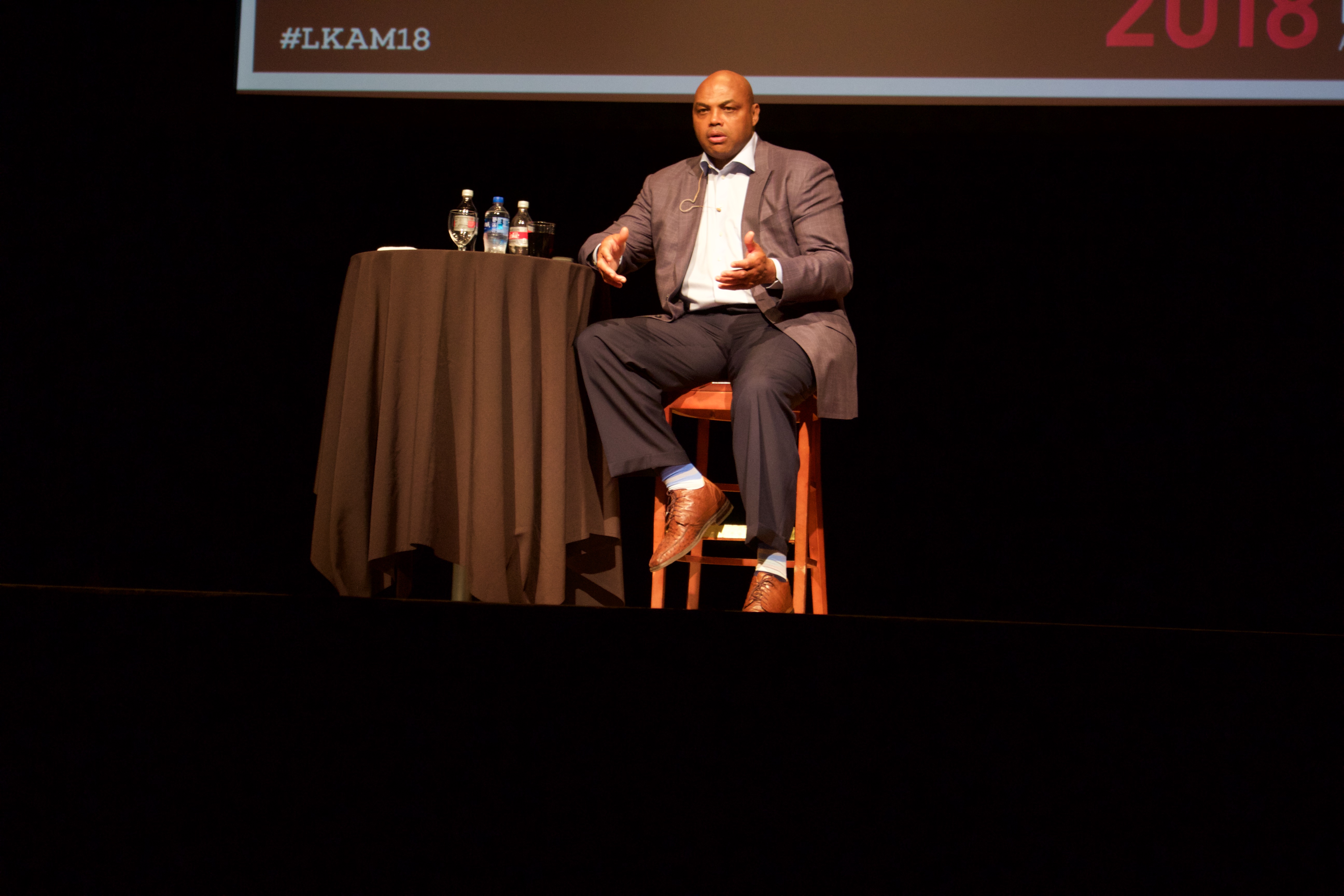 Addressing hundreds of Temple University students, Charles Barkley, the NBA Hall of Famer, broadcaster and recipient of the 2018 Lew Klein Excellence in the Media Award, spoke of the importance of education for students in general, but especially for student-athletes.

“The biggest mistake I ever made in my life was not taking education more serious,” he said. “I got lucky because of basketball,” adding that one of the reasons he donates so much money to academic causes is because he wants kids to value their education.

“You get a chance to dictate your future,” he continued, noting that there’s never a guarantee of making it into the NBA or the pros, so it’s important to have a degree and a strong education to fall back on.

During the conversation event, which was held on Oct. 5, Barkley answered a number of questions from students on various topics, ranging from working with fellow NBA Hall Of Famer Shaquille O’Neal, his transition from his playing career to broadcasting, the current lack of parity in the NBA and the role of social media in our society.

Speaking to several students who wanted to get involved in the media, Barkley encouraged many of them to look for off-camera jobs in addition to roles such as anchor or broadcaster.

“There are thousands of jobs behind the scenes that are important and significant,” Barkley said. “There’s only gonna be five jobs on TV.”

“I wish everyone could be in front of the camera, but … that’s hard to do,” he continued.

As a broadcaster, Barkley stressed the importance of being honest and truthful in the media, and his personal approach on the matter.

“Don’t think I’m always right, but I’m gonna tell my truth,” Barkley said. “That’s my mantra when I go on television, ‘cause somebody sitting at home deserves the truth.”

One student asked Barkley at what point he decided to make a shift and do more than just play basketball. To which, Barkley answered he was about 26 years old.

“I was like, ‘Man, there’s gotta be more to life than having a big house and making money,’” Barkley recalled. At that point, he realized that because of all the things that were going on in the world, he wanted to do more.

Then, in 1993, he went to Nike and pitched his famous “I Am Not a Role Model” commercial, to try to encourage young black children and teens to dream of becoming doctors, lawyers, engineers, teachers, firemen and policemen and not just the “jocks and entertainers” they see on television.

Klein College Dean David Boardman credited Barkley’s multifaceted work both as a player and a broadcaster.

“Charles is one of the few professional athletes who may be better known for his work off the court—behind the mic—than for his achievements on the court,” Boardman said. “He’s a multitalented entertainer and analyst who appears in nearly every form of media.”

Last year, Barkley hosted a four-episode documentary series about race relations in the U.S. The series highlighted the topics of the black community and the police, the Muslim community in America, immigration, and race and entertainment.

The documentary series saw Barkley travel to several different American cities—Baltimore, Maryland; Irving, Texas; Los Angeles, California; and Atlanta, Georgia—where he spent time and spoke with many people and families about the realities they face within their communities. He also used the experience as an opportunity to get opposing sides to also sit down, talk and learn about each other.

“I don’t have all the answers, but I just wanted to get people talking,” Barkley said.