Between the daily increase in cases and the reopening of the economy, Bogotá is preparing itself

In Colombia the pandemic has grown at a slower pace than in neighbouring countries, but with the partial reopening of the economy the daily number of cases has also increased.

Between the daily increase in cases and the...

This could be partially explained by the fact that Colombia has had a low level of testing, compared to other countries in the region and also in relation to the size of its population. Despite the fact that, according to the National Institute of Health, Colombia has a declared capacity to process 13,607 samples per day - unequally distributed throughout the territory - the real processing capacity is limited by the availability of reagents and equipment in each laboratory on a daily basis. As a result, Colombia has actually been processing around 5,500 tests per day. So far, keeping roughly the same number of tests analyzed per day, Colombia has stayed below the 1,000 daily cases reported, but as the days go by it is getting closer to a thousand: yesterday the INS reported 721 new confirmed cases. That might indicate, rather, that in Colombia the pandemic has grown less visibly, rather than growing less, or that as sectors of the economy have opened up - construction, heavy industry, computer products, coal, bookstores and various manufacturing sectors - the growth in contagion has been pronounced.

Bogotá, the most contagious place in Colombia

Just as testing capacity is unevenly distributed across the country, so too has the number of confirmed infections.

Bogotá, the country's capital, is where the highest number of infections is concentrated. As of May 18, of the 16,295 cases confirmed in Colombia, Bogotá accounted for 5,720 of them. 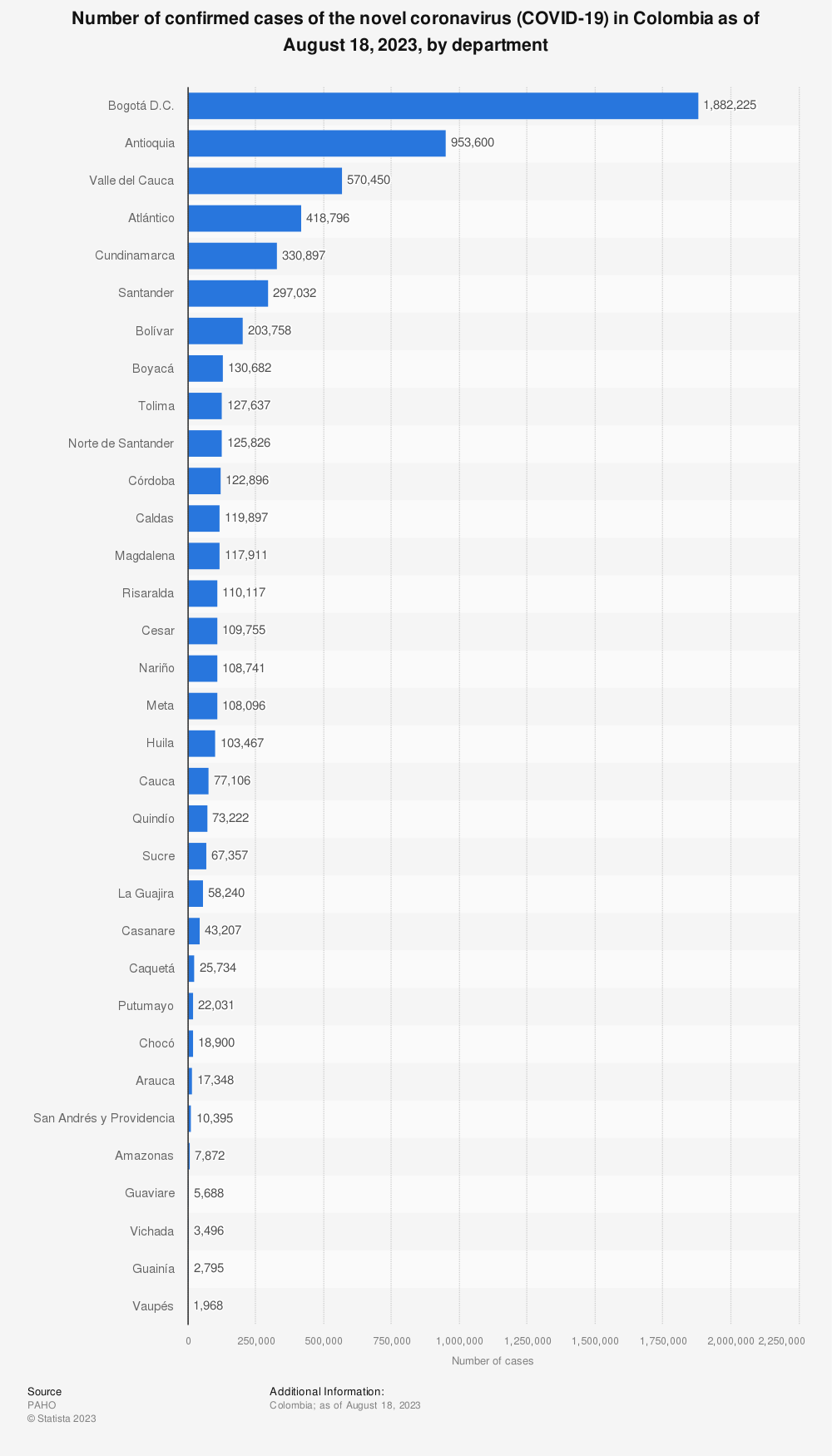 This must also be seen in proportion to the size of the population -Bogotá has more than 7 million inhabitants- and the capacity that the city has to take care of its convalescents. In contrast, Leticia - the capital of the Amazon department in Colombia - has proportionally five or six times more infections, with 50,000 inhabitants. It would not be impossible for Leticia to face a similar circumstance to that of Iquitos nowadays.

The further development of the pandemic in Colombia will depend, among other factors, on the behavior of the population, which in Bogotá has been very uneven throughout the city and, not surprisingly, is crossed by economic and educational variables.

In the midst of this uncertainty, Bogotá has already put into operation a resource that could make a significant difference between life and death for thousands of people: the opening of a huge temporary hospital in the city's largest convention centre.

Corferias, where the second largest book fair in Latin America is usually held, has already begun operating as a temporary hospital for the treatment of people with mild and intermediate conditions and without COVID-19. To get AL DÍA Print Edition at the comfort of your home, please click here
TAGS
Coronavirus
Colombia

One of Colombia's biggest voices in journalism is gone

For the first time, ELN guerrilla members extradited to the U.S.