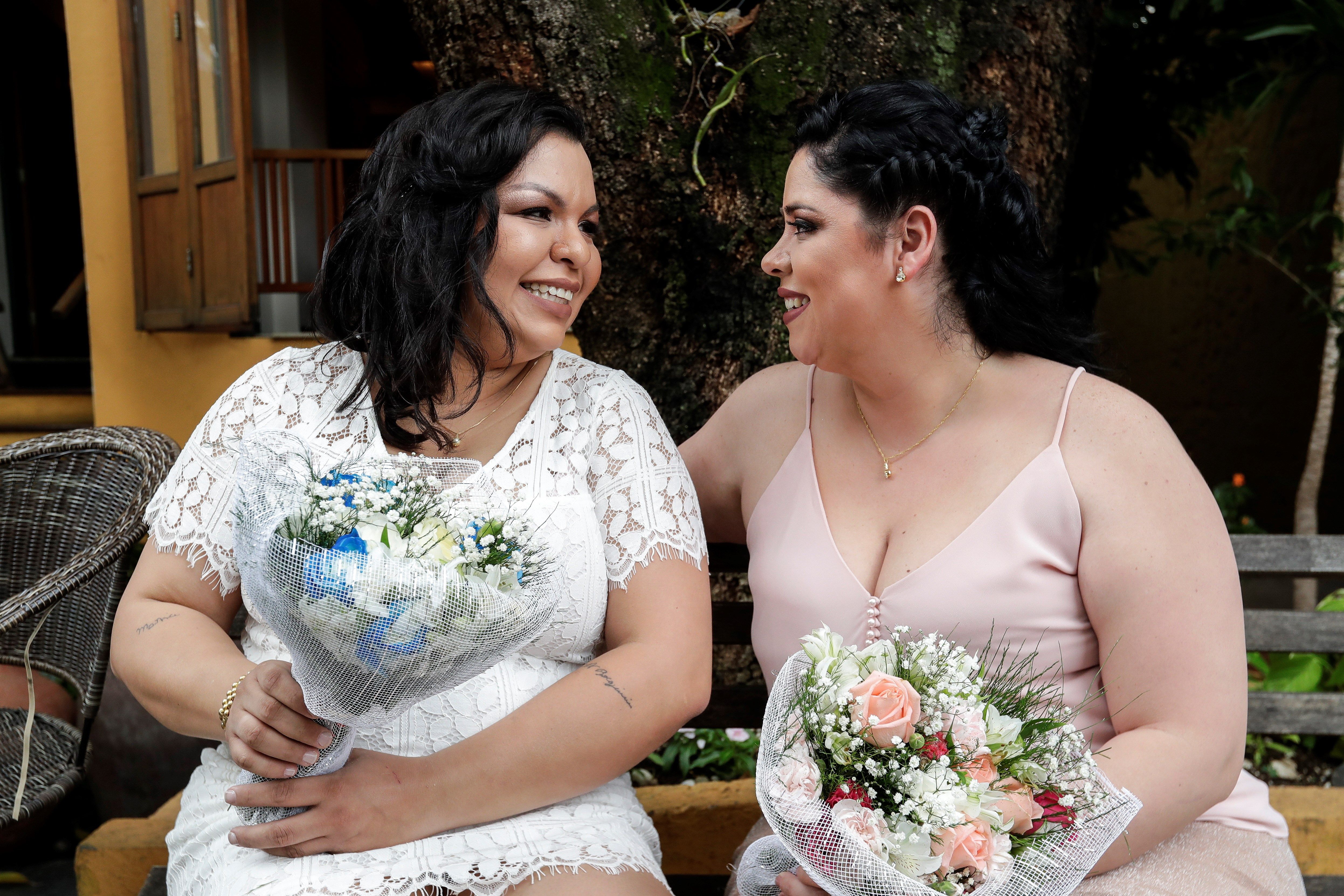 Gay businesswomen Michele Nobre (l.) and Stephanye dos Santos (r.) get married on Nov. 24, 2018, instead of waiting longer as they had planned, out of fear of a reduction of LGBT rights in Brazil following the inauguration of President-elect Jair…

After 15 years together, social networks manager Marcelo Serrano and designer Wellington Pereti decided to get married immediately instead of waiting until the end of 2019 as they had planned, out of fear of a reduction of LGBT rights in Brazil following the inauguration of President-elect Jair Bolsonaro.

"We've lived together for eight years, but we never made it official. We own a house, a car and a bank account together, and we can lose everything we've earned over these eight years," Wellington told EFE.

Same-sex marriages in Brazil have been permitted since late 2011 thanks to a decision by the Supreme Court, and in 2013 the National Council of Justice issued a resolution guaranteeing the right to celebrate gay weddings.

Nonetheless, according to the president of the Sex and Gender Diversity Commission of the Order of Attorneys of Brazil, Maria Berenice Dias, that resolution does not have the force of law behind it, which means it could be annulled should the National Congress so decide.

"The presupposition of the resolution is the absence of law, so if any contrary ruling is passed, its lack of a legal position cannot withstand it," Dias said, adding that Brazilian jurisprudence has publicly recommended that gay couples marry earlier as a "precaution" against measures that could be passed by the government that takes power on Jan. 1.

Following the recommendation by Dias, Marcelo and Wellington married quickly and forgot about the "full festivities."

"We will soon see the influence that religion and the churches have on the new government," Wellington said, adding that "I think things can get a lot worse after the inauguration" of Bolsonaro."

Nonetheless, attorney Amanda Almozara believed the couple was exaggerating, since, she said, it won't be "simple" to ban something that is the result of "a whole decade of those rights being accepted."

"There is certainly a legal insecurity about the matter," but "the acceptance of gay marriage is now a social fact," Almozara said.

Beyond the legal concerns, many couples also fear an escalation of violence against the LGBT segment, the target of controversial comments by Bolsonaro, leader of Brazil's emerging far-right, as when he said during an interview in 2011 that he'd prefer a son killed "in an accident" to one that's gay.

In the Latin American nation where the most gays are murdered, 445 people were killed last year or committed suicide as a result of Brazil's homophobia - one every 19 hours - according to the annual report of the Bahia Gay Group.

"More and more people die because they're gay," Marcelo said.

"From the time someone backs a homophobic politician, for me that person thinks just like the politico does and is against what I am, against my existence," he said.

At a notary public located in the heart of Sao Paulo state, the weddings in December have quadrupled compared with the previous months, civil servant Rafael de Sousa said.