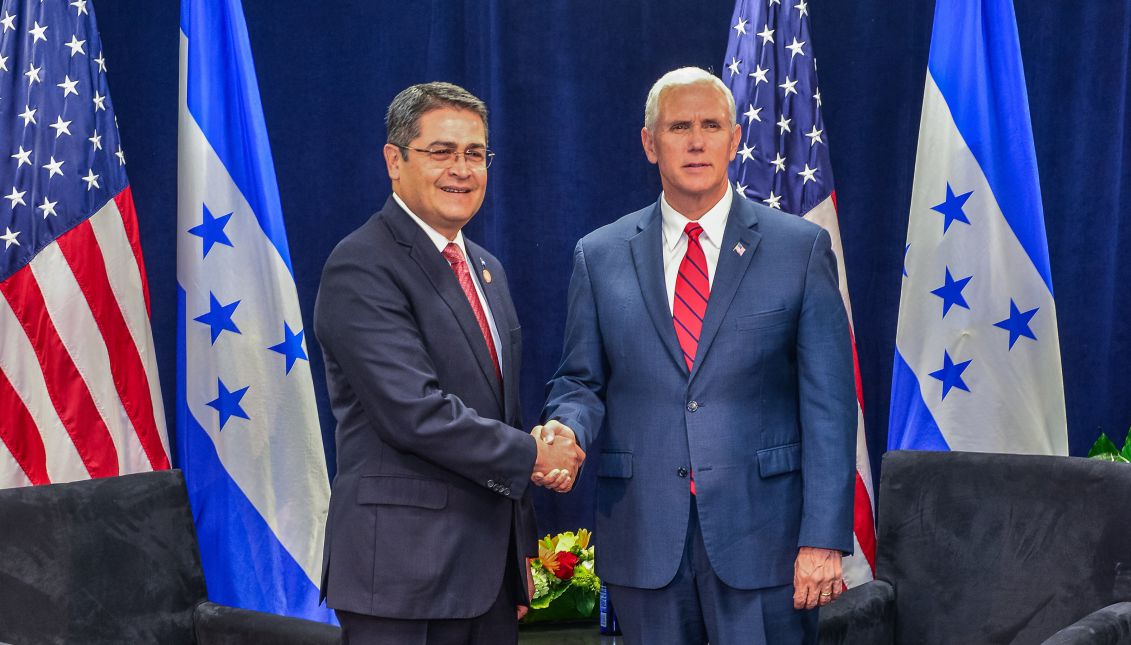 US Vice President Mike Pence on Thursday met with the presidents of Guatemala and Honduras and the vice president of El Salvador within the framework of the economic and security conference on Central America being held in Miami.

Pence delivered a speech on the objectives of the summit and later held one-on-one meetings with the leaders from Central America's Northern Triangle, the region on which the two-day conference is focused.

The vice president said there are 85,000 gang members in the three countries, adding that their activities "radiate outward and reach the United States" and that most drugs shipped from further south come to the US via Central America.

To address those problems, along with stemming the northward flow of illegal migrants, the economies of the Northern Triangle countries must be bolstered, he said, noting that "Good paying jobs give people an alternative to a life of poverty, hopelessness and crime."

Pence's first bilateral meeting was with Honduran President Juan Orlando Hernandez, the next with Guatemalan leader Jimmy Morales, and finally he met with his Salvadoran counterpart, Oscar Ortiz.

A few hours earlier, in the conference's inaugural address, Pence issued a call to the Northern Triangle presidents to build a stronger alliance to combat gang activity and drug trafficking.

Meanwhile Tillerson said late Thursday that Washington's priority for Latin America is to end drug trafficking and the violence it brings with it.

The secretary of state said that ending the activities of organized crime, which damages the US public with drug trafficking and violence, is the US priority, although he said the administration recognizes that the US is the main source of consumption of illegal drugs and it must improve the methods to reduce that consumption.

The Conference on Prosperity and Security in Central America is an event co-sponsored by Mexico and the United States and is also being attended by members of the Colombian government.

The meeting comes within the framework of the Alliance for Prosperity in the Northern Triangle created in 2014 by the US, Honduras, Guatemala and El Salvador due to the wave of US arrivals of undocumented and unaccompanied Central American minors.

The events and meetings at the summit on Thursday are being organized by the US Department of State and focus on the idea of prosperity with the aim of seeking private investment to improve the region's economic conditions.

On Friday, the focus will shift to security, especially strengthening borders and combatting drug trafficking.