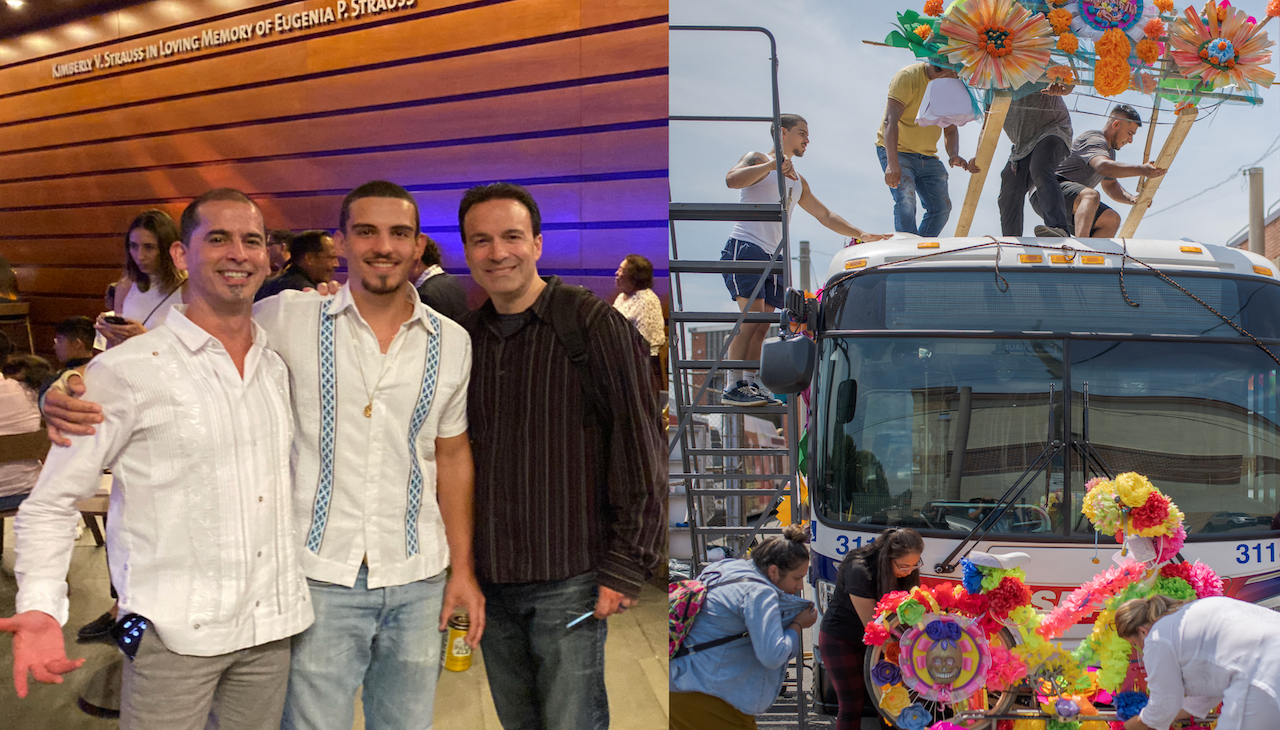 AL DÍA's Alaitz Ruiz-Arteagoitia was the man behind the scenes of its recent La Guagua 47 Community Film project. Photos courtesy of Alaitz Ruiz.

La Guagua 47: How it lent me a deep sense of community

I can’t tell this story without mentioning my upbringing in Washington D.C., where I grew up in the inner city neighborhood of Adams Morgan, located in Ward 1 (shoutout Uptown DC!).

I grew up blessed by many measures, despite living modestly by many societal standards. For example, my family did not own a car, which was uncommon even within lower-income communities, but I was fortunate enough to grow up with one of the country's most comprehensive public transportation systems at my disposal. Growing up in the heart of the city also meant that I was close to more intersecting bus and metro (train) routes — I could practically travel to any corner of the city within 30 minutes! I still remember catching the train for the first time by myself, only 10 years old, to go to my mother’s job. Or standing out as one of the only kids going to school in a train car packed full of solemn businessmen and women headed to work on the Hill. All of this is to say, I was a seasoned public transit veteran prior to moving up to Philly at the young age of 17.

Most folks, despite the city or region, have a penchant for complaining about public transit: Oh my god.. It’s totally dirty and unsafe! Or Can you believe trains are only coming every 12 minutes?!

I have a completely different outlook on it: Public transit damn near saved my life… If it wasn’t for “dingy” buses and trains I would have been incredibly limited in terms of where I could go. So I’m thankful — incredibly thankful — because it also gave me a glimpse of the real world at a young age.

I came north to Philadelphia in 2016 to pursue my bachelor’s degree at Temple University. For the first couple of years, I didn’t really ride SEPTA, as I lived within walking distance of campus and biked to get around. It wasn’t until I got my first internship with AL DÍA that I started to commute on the Broad Street Line (BSL) and rediscovered how crucial public transit was in my daily life. Looking back on it now though, my relationship with SEPTA at the time was still simply transactional — just take the BSL down to work and back up home.

It wasn’t until I began working on La Guagua 47 that it at all changed — SEPTA was no longer just my means from point A to point B, but a portal that showed me what I had been missing and yearning for: Philadelphia’s vibrant and burgeoning Latino communities. Many of you may already be familiar with the Guagua 47 sensation, but for those who are just finding out about it: the film La Guagua 47 is based on the story of Alba Martinez, a Puerto Rican native and now-renowned community leader in Philadelphia.

The musical-style short film tells a universal story of migration, belonging, and finding home in one another: a young Latinx migrant arrives in Philadelphia feeling very alone. Searching for others of Latinx heritage, she discovers the iconic SEPTA 47 bus, and embarks on a journey to the heart of the Barrio, one that would change her life. For the both of us, this was a story of finding community in a city that wasn’t previously home to us, but one that ended up taking us in with open arms.

I could have never imagined that such a vibrant Latinx community was thriving here when I first moved up six-plus years ago. La Guagua 47 had me in awe of the beauty and history of Latinx heritage in Philadelphia, but more importantly, it highlighted the value we add to the city’s woven cultural fabric.

To get the opportunity to work on this community arts film project as an associate producer and lead media/creative partner was a tremendous experience — the explosion of familiarity among my fellow Latinx folks, the passionate, tirelessly working artists and just the sheer amount of love I felt from working on this effort was simply indescribable.

Whether it was watching young kids point and marvel at the beautifully decorated bus as we traveled across the city to shoot different scenes for the film or the passion exuded by the volunteer senior citizens that were vigorously dancing for their cameos, the unbridled joy that La Guagua was able to bring everyone who touched this project was truly remarkable.

Everything about this journey, down to the smallest details, embodied community and inclusion — a true reflection of how all of Philadelphia’s diverse populations should come together more often than not.

I will never forget how La Guagua 47 lent me a deep sense of community, and in turn, a deep appreciation for the public transit I now call home.