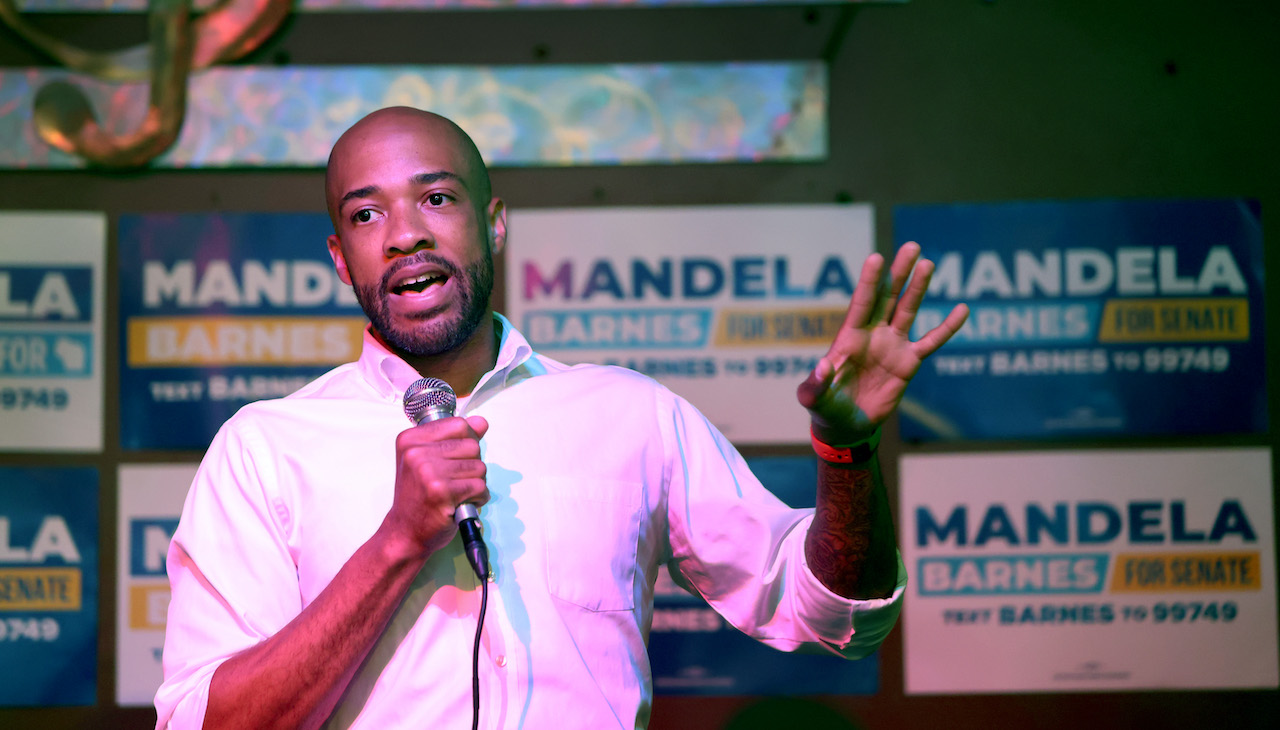 If elected in November, Mandela Barnes would be Wisconsin’s first Black Senator

Lieutenant Governor Mandela Barnes won Wisconsin’s Democratic primary nomination on Tuesday, Aug. 9, and now he will go up against Republican Sen. Ron Johnson, who looks to defend his seat.

After three candidates backed out of the Democratic primary in the weeks leading up to the race, Barnes’ win was certain. Wisconsin being a swing state, the November matchup is going to be one of the fiercest and most competitive of the upcoming midterms with Senate control on the line.

Barnes also scored some major endorsements from Vermont Sen. Bernie Sanders, Sen. Elizabeth Warren, and New Jersey’s Corey Booker, among others, and it has only upped the momentum of his campaign. If elected, Barnes would be the youngest member of the Senate as well as Wisconsin’s first Black senator.

Wisconsin born and raised, Jesse Mandela Barnes, who now goes by Mandela Barnes in honor of the anti-apartheid activist and former South African President, was born in Milwaukee to a mother who was a school teacher for over 30 years and father who worked the third shift at the GM factory, and member of the United Auto Workers Union (UAW). Not from a wealthy family, Barnes comes from one of the more poverty stricken and incarcerated zip codes in all of Wisconsin.

The union jobs his parents held are what afforded them a better life in the middle class — a middle class that is quickly disappearing as inflation soars and cost of living across the board has increased significantly, leaving the idea of a middle class ticket an opportunity of the past. It is what Barnes is fighting for and hopes to change as a U.S. Senator. On the flip side is his opposition in November, Sen. Ron Johnson, a millionaire.

After hearing then-Illinois state senator Barack Obama speak at the Democratic Convention in 2004, it made Barnes aware of the issues plaguing the world around him and he wanted to get more involved.

He attended the historically Black university, Alabama A&M, and after graduating, became a community organizer in his hometown, where he worked to bring good jobs back to the state.

His next feat was winning a state seat in the assembly in 2012, where he represented the north side of Milwaukee.

Another big win occurred for Barnes again in 2018, but this time winning the Democratic nomination for Lieutenant Governor. Barnes along with Tony Evers were able to defeat two-term Republican Governor Scott Walker. The win made Barnes the first Black person to hold the office and only the second Black person to ever win a statewide race.

Barnes’ efforts throughout the pandemic are also to be acknowledged, as he traveled across the state to even its most rural farm areas as he campaigned for vaccinations. Together with Evers, both worked to help the state bounce back after an economic and health crisis as a result of COVID-19.

Now the fight is centered on the current crumbling state of democracy, climate change, and on the working class families who are seeing their chances for a better future dissipate. The union and manufacturing jobs that Barnes’ parents had are going overseas. The kind of jobs that offered better opportunities to advance farther in life are no longer present.

He wants to rebuild the middle class, bring jobs back to Wisconsin, and give the families and hard working citizens a fair chance to advance farther than their parents and create futures for those coming after them.

In what will probably be one of the most-watched midterm elections in the state’s history as well as the one with the most at stake, it will be viewed by the entire country. As the GOP looks to get a stranglehold on certain key states like Arizona, and now Wisconsin, swing states need to be won by the Democrats to have a better outlook for the 2024 Presidential election.