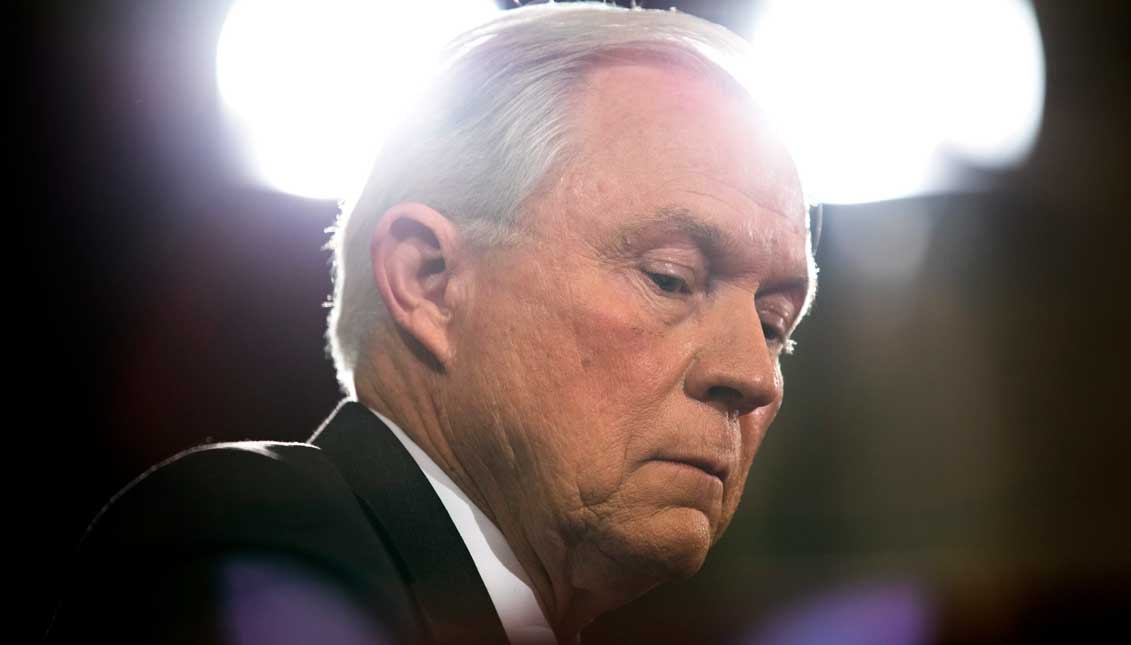 Attorney General Jeff Sessions has already shown himself to be inconsistent on the issue of local control; he trumpets the autonomy of local police departments when releasing them from federal civil rights oversight but tramples that same autonomy when…

Democrats and Republicans alike insist that the Golden State offers “sanctuary” for illegal immigrants by creating safe spaces that are somehow beyond the reach of federal immigration agents. Politicians also promote the idea that police and sheriff’s departments often refuse those agents access to local jails and fail to alert immigration officials when a suspected illegal immigrant is released from custody back into society -- even when asked to do so.

This is a stew of lies and half-truths. Symbolism and political hyperventilating aside, there is no city, town or county in America where federal immigration law doesn’t apply and where agents can’t rush in to enforce those statutes.

Also, aside from the state of Texas -- which recently passed a law to force inter-jurisdictional cooperation -- local and state law enforcement officials are under no obligation to help their federal brethren do their jobs, especially if it destroys the community trust that is needed to do their own.

Besides, if immigration officials really want someone who is in the local jail, they can get that person by obtaining a warrant. Oftentimes, they won’t go to the trouble, which tells local officials that they really don’t want the detainee that badly.

Still, the sanctuary lie is advanced because it helps sustain existing political narratives. Liberals can challenge the Trump administration while fooling Latinos and other immigrant advocates into thinking that they’re in their corner. And conservatives can point at these sanctuaries as evidence of how lenient the left is toward lawbreakers and proof that only they can be trusted to keep the country safe.

In California, Democratic lawmakers are poised to double down on their deception by passing a law that would declare the entire state a sanctuary. Senate Bill 54 would specifically prohibit cooperation with federal immigration officials. It would also bar state and local law enforcement agencies from using their resources to help federal agents detect, detain and deport the undocumented.

The Justice Department has a problem with this blatant act of defiance, and so it’s threatening to withhold as much as $18 million in federal law enforcement funds that would otherwise be on their way to the nation’s most populous state.

Such an odd card for the administration to play. Attorney General Jeff Sessions has already shown himself to be inconsistent on the issue of local control; he trumpets the autonomy of local police departments when releasing them from federal civil rights oversight but tramples that same autonomy when condemning sanctuary cities. Now Sessions shows himself to be illogical as well; he believes that any locale that offers sanctuary to illegal immigrants puts society at risk, but he can’t see how denying cops government funds to buy bullet-proof vests and other safety equipment would have the same effect.

California Attorney General Xavier Becerra -- who served in Congress for more than 20 years and would no doubt like to be governor or U.S. senator -- has announced that, if Sessions pulls the funding, California will sue the federal government. As Becerra sees it, holding state funds hostage to force compliance with the administration’s policies would violate the U.S. Constitution.

Sanctuary is legal, per judge who shoots down Florida’s ban on policies
September 22nd, 2021
A roadmap of President Trump’s last days in office
January 8th, 2021
Another Level of Nepotism, Trump Discusses the Possibility of ‘Pre-emptive Pardons’ For His Children and Lawyer
December 2nd, 2020

Meanwhile, this whole issue could be moot. During a recent appearance on NBC’s ”Meet The Press,” Democratic Gov. Jerry Brown signaled that he might not sign the sanctuary bill after all because of concerns about the language.

Don’t fall for it. The real reason has more to do with politics, which has been Brown’s stock and trade since 1969, when he was elected to occupy a seat on the Los Angeles Community College Board of Trustees. Brown, who is now 79 years old, has lived through the eras when his party was depicted as soft toward communism, defense and crime.

He probably has no desire to add illegal immigration to the list. And so he’s understandably leery of SB 54, the whole point of which seems to be needling the administration.

Yet Brown also seems to want to keep faith with liberalism. He has said he wants to help undocumented immigrants who have -- through blood, sweat and tears -- given much to the Golden State.

Brown will likely try to strike a balance. But my hunch is that the governor will veto the bill to force the changes he’d like to see.

Out in California, when we talk about so-called sanctuary cities, the protection may be fake, but the politics are real.