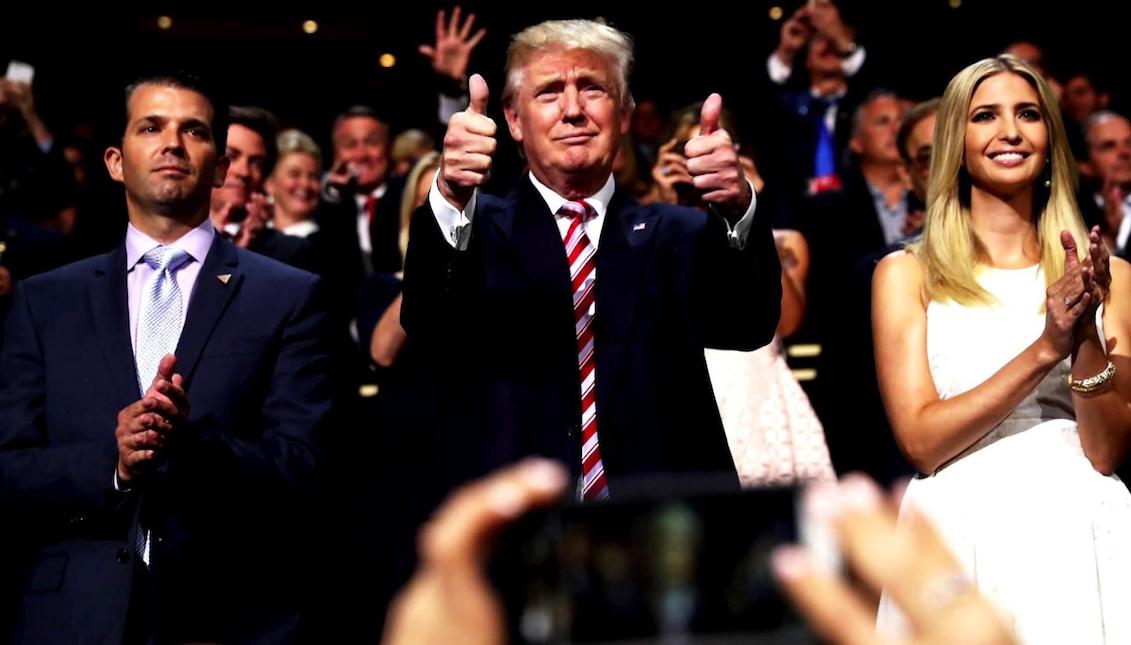 In the photo: President Donald J. Trump with his sons Eric and Ivanka. The president would be contemplating granting pre-emptive pardons to his children and his personal attorney. Photo: Video Capture/TODAY

Another Level of Nepotism, Trump Discusses the Possibility of ‘Pre-emptive Pardons’ For His Children and Lawyer

Donald Trump has been discussing the possibility of forgiving his children and his personal attorney before leaving the White House.

"He who does not owe it does not fear it," the saying goes, and it seems that President Donald Trump has a lot to fear.

Before even conceding victory to President-elect Joe Biden, Trump seems to be considering granting preemptive pardons to people close to him, including family members and perhaps even himself.

As American University Professor Jeffrey Crouch explained to NPR, a preemptive pardon is "a presidential pardon that is granted before any formal legal process has begun.”

In an email, Crouch, author of The Presidential Pardon Power, told the media that "someone must have committed a federal offense, but as soon as that happens, the president can grant them clemency. He does not need to wait until the alleged offender is charged, stands trial, and so on."

Crouch continues, "These pardons are not common, but they do happen occasionally," such as when President Gerald Ford pardoned Richard Nixon, who resigned in the Watergate scandal in 1973, even though he had not been charged with any crime.

In this way, Trump could "forgive his children, his aides, his supporters, and so on for federal offenses and be on firm legal ground," says Crouch. "The really unclear scenario would be if he attempted to pardon himself.”

According to media sources close to the discussions, the president has considered with his advisors the possibility of granting pre-emptive pardons to his children, his son-in-law, and his personal attorney Rudolph W. Giuliani, promising the latter a secure pardon just weeks ago.

The president seems concerned that a Biden Justice Department may seek "retribution" against the president, starting with his three older children, Donald Trump Jr., Eric Trump, and Ivanka Trump, as well as Ivanka's husband, Jared Kushner.

According to the New York Times, Trump Jr. was investigated by Robert S. Mueller III, the special counsel, for contacts the president's son had with Russian agents who offered damaging information about Hillary Clinton during the 2016 campaign.

Similarly, Kushner provided false information to federal authorities about his contacts with foreigners for security clearance, a matter that the president overlooked.

Finally, Eric and Ivanka Trump's alleged criminal exposure may have to do with a Manhattan district attorney's investigation into the Trump Organization that has focused on the company's millions of dollars in consulting fees.

One way or another, the multitude of federal investigations to which the president is subject — including his alleged tax evasion — could keep him busy during his final months in office trying to save his own skin.