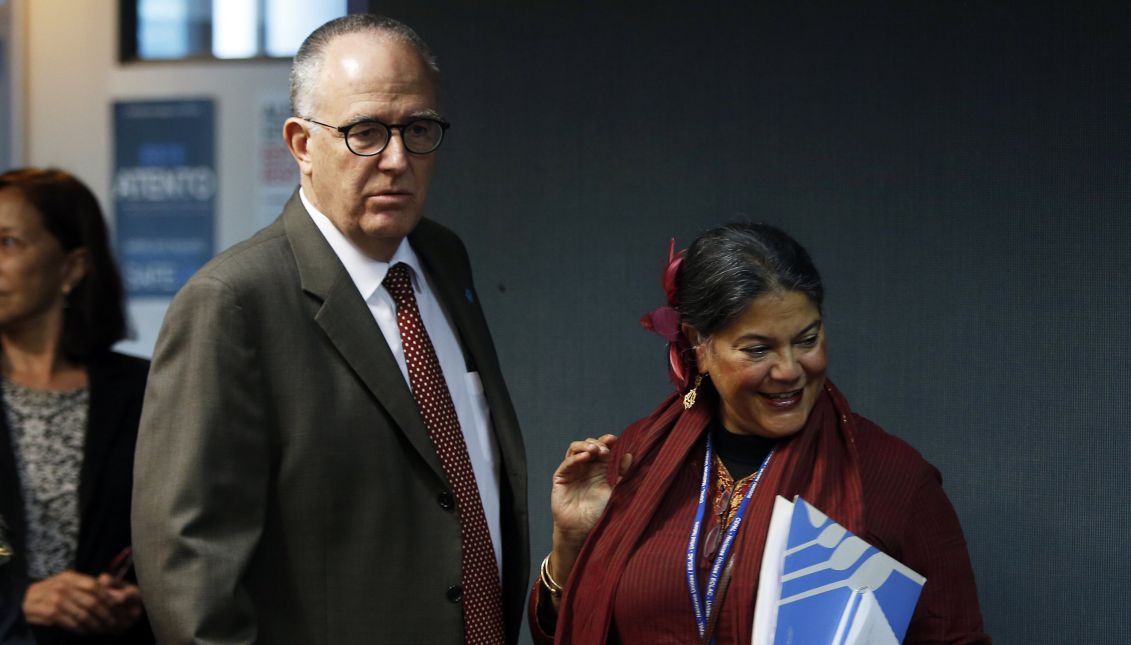 Regional Representative of the United Nations Food and Agriculture Organization (FAO) for Latin America and the Caribbean, Julio Berdegue (L) and deputy representative Eve Crowley (R) attend the presentation of a report on food for the region in Santiago…

FAO Alerts Hunger and Obesity increased in Latin America in 2016

Country-by-country data show big differences in the region, where a privileged group made up of Brazil, Cuba and Uruguay had a hunger rate of less than 2.5…

Hunger increased 6 percent in Latin America and the Caribbean in 2016, a region with 42.5 million people suffering from malnutrition, while overweight and obesity also continued to grow, the United Nations' Food and Agriculture Organization (FAO) said Tuesday.

After several years of steady improvement, the number of people suffering from hunger grew by 2.5 million in 2016 over the previous year, FAO said.

The statistics are part of the report "Panorama of Food and Nutritional Security in Latin America and the Caribbean 2017," developed together with the Pan American Health Organization (PAHO).

"The region has taken a big step backwards in a fight it had been winning. We can't tolerate the current levels of hunger and obesity, since it will affect an entire generation," FAO's regional representative Julio Berdegue said.

Though hunger levels are still low in Latin America and the Caribbean compared with some other parts of the world, there are signs the situation is deteriorating, particularly in South America, where hunger grew from 5 percent in 2015 to 5.6 percent in 2016.

Country-by-country data show big differences in the region, where a privileged group made up of Brazil, Cuba and Uruguay had a hunger rate of less than 2.5 percent, the FAO said.

They were followed by Argentina, Barbados, Chile, Mexico and Trinidad and Tobago, with hunger rates of 5 percent or less. Several countries had percentages of malnutrition of more than 20 percent, like Grenada, Bolivia, and Antigua and Barbuda.