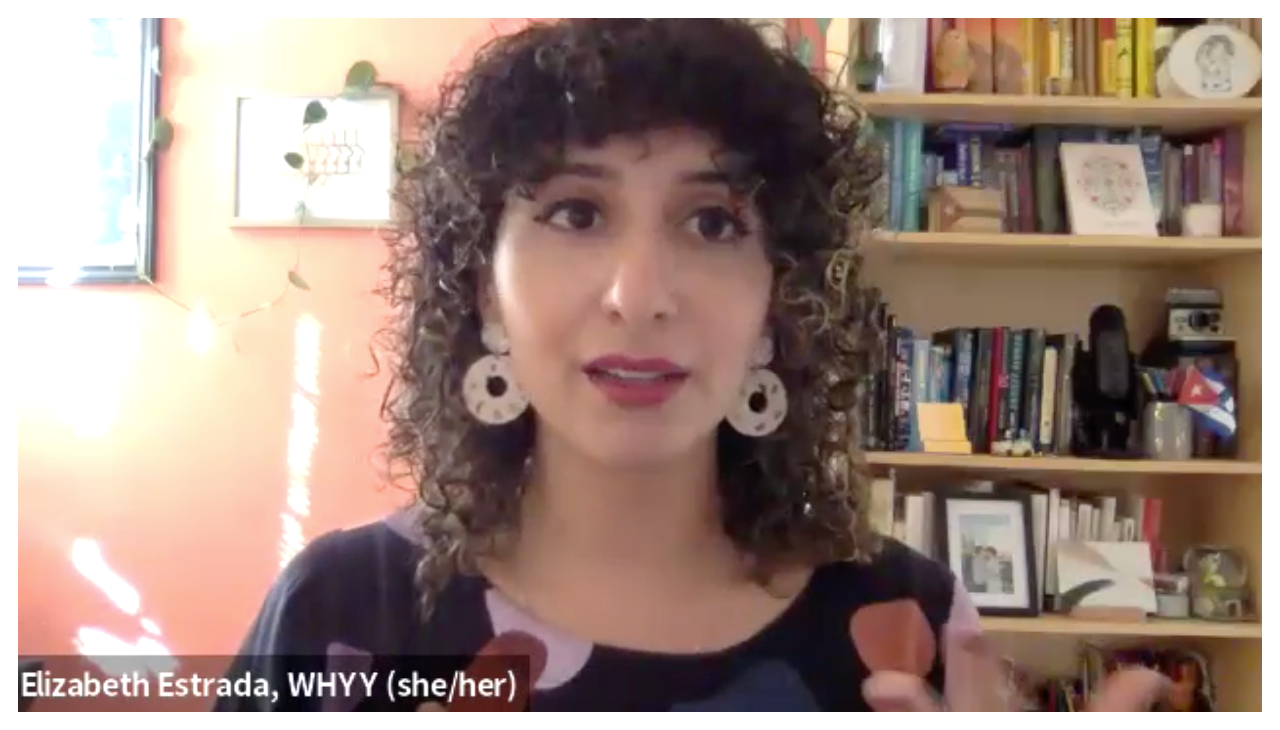 Multiple prominent Latinos within news organizations were brought together to speak on progress, diversity, and how the Latino community is changing.

To understand the Hispanic community, it must have a voice to explain itself. Following Hispanic Heritage Month, the Philadelphia Public Relations Association (PPRA) sought out Hispanics embedded in the organs of the press to learn the state of diversity within news, and what progress these members have seen.

It was held online on Nov. 3, 2022, with moderation provided by Tiffany DuBois-Morales of DuBois Public Relations.

Becoming Leaders in the Media Industry

DuBois-Morales’ first question towards the panel was how they became their community’s leader for their respective medium.

Through the years, she has worked to increase collaboration between Telemundo 62 and NBC 10, further expanding their reach within the Latino community as the processes between them became streamlined.

For Restrepo, connecting to the communities in Philadelphia came through their shared experiences of being an immigrant and their mutual difficulties with English.

As she walked the city streets and talked to people, Restrepo was able to connect with them on a personal level — becoming an activity she still does to this day.

While the two of them have accepted being community leaders, for Estrada leadership is still fresh for her. Her background is in television and radio production, not journalism, but nevertheless she has sought to include Latino narratives and stories into WHYY.

As one of the few Latinos there, she saw the void where stories she wanted to see could fit, and pushed for them to be told. By embedding herself in the community, people reached out to her and she was able to find stories to tell that Latinos wanted to hear.

He knows that the Latino community is diverse, such as how some Hispanics prefer the content they consume in Spanish, and others prefer it in English. Pérez has focused on Spanish speakers before, but in Philadelphia he has been learning about his excited audience for his new station.

Like Estrada, Alfaro did not begin his career thinking he would work in journalism, or that it was even an opportunity as he saw no one who looked like him in the news as he grew up.

Over the last 10 years, he has seen a lack of change in how Latinos are portrayed in the media and how it fails to represent the community.

Despite this barrier, he has worked for AL DÍA for almost 4 years, taking the platform given to him at AL DÍA and embracing a leadership role as he helps tell Latino stories.

As people who work with stories about the Latino community, DuBois-Morales asked how they combat biases against Latinos in their line of work and in the media.

Estrada explained that from her perspective, issues that affect large populations often include Latinos in their impact, though sometimes the Latino community would be unfairly overrepresented.

Audience is an important part of writing, and journalism is no exception. In the past, many stories would be written for a White audience, which skewed how certain topics were and still are overrepresented, like crime or immigration.

Keeping track of the individuals in the story — their communities, their demographics — made Latinos just one audience among many that could be impacted by a story Estrada led.

Veloz added to this, stating that in television, seeing and hearing diverse subject matter experts — doctors, attorneys, etc. — being represented beyond victimization and crime can give a better view of the information being conveyed.

In her experience, not everything is an isolated event happening within the boundaries of one demographic or another; it affects everyone in some way.

Immigration, for example, is a topic heavily associated with Latinos. Alfaro pushes against the idea that it is the only issue Latinos are focused on; that sometimes it isn’t even the most important one.

As Latinos are the youngest and fastest growing demographic in the U.S., he says it is difficult to predict what Latinos will want in the future.

As Alfaro consumes news differently than his parents do, he questions how the next generation will engage with the flow of information they will be given.

A New Label, and its Ramifications

One of the audience members asked the panel about the term “Latinx” and its place within the Latino community.

Alfaro personally dislikes the term, particularly when used by non-Latinos, as it becomes a label pushed onto the Latino community.

But in turn, he recognized that a Pew Research study found that the term was used by a small percentage of Latinos, leaving him unsure of how the community at large would respond to the label, especially as the study may be outdated.

Estrada feels no particular attachment towards the label, using Latino or Latina predominantly, but when reporting defers to self-identified terms, not using Latinx unless they refer to themselves as such.

Latinx however isn’t the only term she has seen members of the Latino community use.

Other labels she has encountered are more specific, such as Afro-Latino or Afro-Cuban, which lay at the intersection of ethnicity and race.

Veloz agrees with Estrada’s sentiment, citing Puertorriqueño, or Cubana, or Colombiana as labels she has heard people use to describe themselves.

Gender plays an important role in Spanish, which Latinx seeks to surpass by removing the “-o” or “-a” at the end of the word; a decision that has led to much discussion within the community.

Restrepo brought attention to another term that seeks to mitigate gendered language: “Latine.”

It was chosen as a replacement for Latinx as the letter “x” is uncommon within Spanish, the “-e” providing a more natural sound.

But Latinx and Latine have yet to fully cross generational lines, both labels being words more frequent among younger Latinos than older ones.

Nevertheless, when speaking of the community in broad terms in press releases or journalistic articles, a label needs to be used.

Perez offers two solutions to the dilemma. The first is that when reaching out to news outlets that target specific audiences is to ask those outlets which term they would prefer and then use that label.

Alternatively, Perez says that everyone is still a human who has values that lie beyond one label or another.

If the information being conveyed connects with the hearts of the audience and is intelligent, sensible information, then labels can be more or less interchangeable.