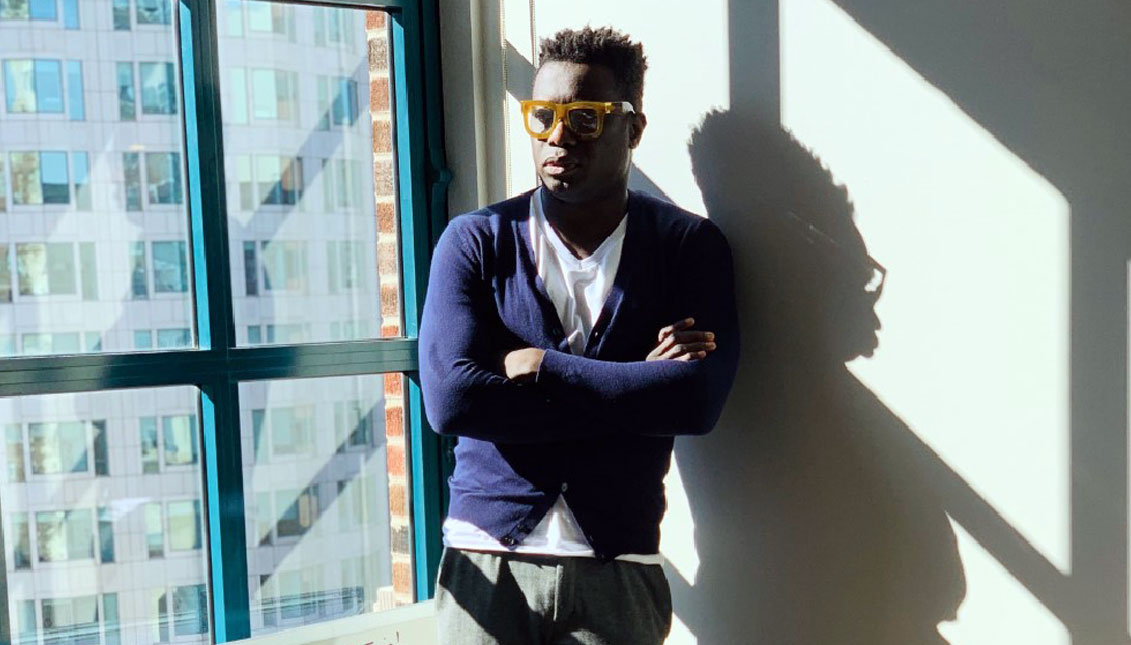 Eric Coly, founder of Ayana Therapy, started company in response to the lack of access to mental healthcare for marginalized communities in the United States. Photo: Courtesy of Ayana Therapy

Entrepreneur creates platform to provide mental healthcare for all communities

Ayana Therapy aims to serve as a platform where members of communities of color and the LGBTQ+ community can find therapists that reflect their identities.

Though efforts to reduce stigma around seeking or receiving therapy have made headway in the United States, the reality is, it is still difficult for many people to make the first step in seeking therapy.

And for many people of color, or those with intersectional identities, it is further complicated by the challenge of finding a therapist who shares some of their own cultural context and/or experiences with their identity.

About a year ago, Eric Coly, a former investment banker and fashion entrepreneur from Senegal, was on the phone with a friend of his who was grappling with the difficulty in finding a therapist who might mirror her own identity and cultural background, as an African-American woman.

This spurred Coly to spend several months delving into “25,000” pages of research on therapy options for people from communities of color, the LGBTQ community, or any other identity or grouping that is marginalized or may have specific needs.

In the course of his research, Coly noticed that, in addition to confronting an overall “lack of access to mental health for minorities” in the U.S., finding a therapist who might mirror someone’s identity was particularly difficult for people with identities that are “intersectional, those that fall into more than just one trait.”

In learning more about the state of marginalized communities in the U.S., Coly said that he came to terms with his own experiences of mental illness and mental health care — and so the idea for Ayana Therapy was born.

“I suffer from severe depression, and in doing the research...it helped me, in a way, heal, and become more courageous about speaking about it, and so it was the formation of my wanting to help out a dire need that I realized existed, and the inclusion of the issues that I had faced for a while that essentially gave me the impetus for starting this company,” he said.

According to Coly, Ayana Therapy will occupy a specific niche in the current ecosystem of mental health care platforms. There’s a “top of the industry” he said that is made up of companies like Betterhelp and Talkspace, that “default into white people.”

“The way that they match you up with counselors is done through a questionnaire that fails to capture nuances such that as a person of color...that questionnaire doesn’t understand you and gives you a match that [can] really get you to be open and vulnerable,” Coly said.

Apart from those bigger organizations, Coly said that there is also a subset of smaller companies focus on particular groups from marginalized or minority communities.

In contrast, Ayana therapy has “chosen to be more responsive” in its approach.

“We focus on African-Americans, Asians, Latinx, Arabs, LGBTQ, but with a strong emphasis on intersectionality,” he said.

An important aspect of the platform is that it allows people to start therapy virtually - via the text messaging platform, call, or video conferencing. Providing virtual therapy options cuts down for some on the stigma attached to having to travel to some place to meet someone in person, as well as the cost and time drain it often poses.

The promise of anonymity is also an essential aspect of Ayana Therapy’s mission: to engage more people in seeking mental health care and make it more accessible for those who must confront both societal and culturally-specific stigma related to seeking therapy.

Coly said that though he does not have a professional background in psychology and mental health care, some of the now 30 therapists of color who have signed on to work with Ayana have mentioned that they themselves have thought of starting a similar platform or tool for marginalized communities.

Some of those therapists are bilingual, and Coly said that the company plans to have the app available in at least 8-12 languages once it launches.

Ayana, which means “mirror” in Bengali, is currently exploring other ways to partner with workplaces and college campuses to find ways to test out the app and also work to make it financially accessible to students, nonprofit workers, or anyone else. Coly said the goal is also to reach professionals in the “401K” world.

The app is designed so that a user will go through an anonymous process where they are not required to give a name, but instead fill out a questionnaire that is “framed entirely to be able to capture very unique aspects of you that aren’t usually considered,” explained Coly.

That information then leads to matches with therapists who in some way reflect the user’s identity. Coly said that that doesn’t mean that those matches will be the only option for users for their therapist, or that they might not ultimately prefer a therapist who doesn’t share various aspects of their identity; but it does provide them with the choice.

“What we are saying is that you should have the option to,” Coly added.

The future of mental healthcare

Coly said the ultimate goal is to “reach millions in the next few years.” The country has changed, said Coly, and there is now more acceptance and more comfort with “being vulnerable...and transparent.”

“We want Ayana to meet them at the intersection and to meet them with a sense of gentleness, a sense that we are not going to hurt you,” said Coly.

For someone who hasn’t had therapy in the past, the introduction via mobile and online therapy may ultimately serve as a stepping stone to in-person therapy - or it in and of itself can be the kind of treatment best suited for that particular individual.

“Therapy is important. At a minimum, it’s going to be a bridge. At a minimum we’ll have made you feel as though it’s something worth getting into,” he added.