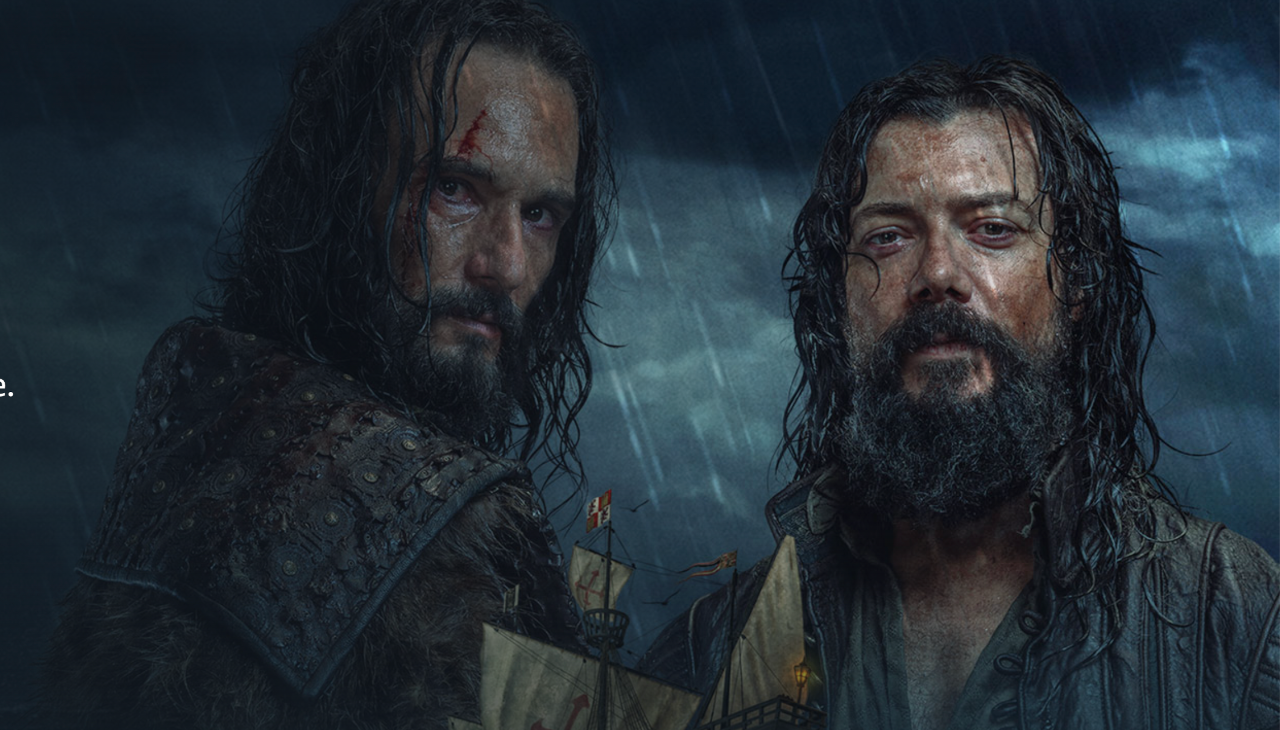 The Guarani language stands out in the Spanish series 'Sin Limites,' which recently premiered on Prime Video. Photo: Prime Video.

Guarani, one of two official languages of Paraguay, stands out in the Spanish miniseries 'Sin Limites' from Prime Video.

“237 men leave Spain with Fernando Magallanes [as their captain]. They seek riches, recognition and fame. Only 18 of them return alive, led by Juan Sebastián Elcano, a noble and charismatic character. Three years of riots, betrayals await them, hunger and death. A story full of adventures and emotions, in which two opposing characters fight for the same goal," reads the synopsis of the Spanish miniseries Sin Límites, which recently premiered on Amazon Prime Video.

The historical production follows events that occurred more than 500 years ago, when a delegation undertook a trip around the world by boat. Along this journey, Fernando Magallanes (played by Brazilian actor Rodrigo Santoro) and Juan Sebastián Elcano (played by well-known Spanish actor Álvaro Morte) encountered many Indigenous tribes.

One of the chiefs of these communities is Paraguayan actor Mario Toñánez, who speaks in Guarani during a dialogue in the show. It's an Indigenous language that remains an official language in Paraguay. In the scene, Toñánez can be seen talking with Fernando Magallanes and giving "the blessing" — of the tribe he presided — to hunt and subsist during his stay in those remote lands.

"From the beginning, the production said that the Indigenous people should speak in their native language. In the casting call, one of the requirements was to speak or have the facility to learn Indigenous language to perform," the Paraguayan commented in an interview with Última Hora.

The filming was held in the Dominican Republic and various locations in Spain, such as the Basque Country, Navarra, Andalusia and Madrid.

Sin Limites is produced by MONO Films and KILIMA Media in association with the public broadcaster RTVE, EiTB and Canal Sur, and is directed by British director Simon West and producer Miguel Menéndez de Zubillaga. The script was written by Patxi Amezcua.

The miniseries, which airs six 40-minute episodes, was released on Prime Video streaming platform. Its premiere coincides with the commemoration of the fifth centenary of the first circumnavigation of the world.

TAGS
sabefo4508
I've made $64,000 so far this year working online and I'm a full time student. Im using an online business opportunity I heard about and I've made such great money. It's really user friendly and I'm just so happy that I found out about it. Heres what I do.
:) AND GOOD LUCK.:)

Read following report to learn how a single-mom with 3 kids was able to generate $89,844 of annual income working in her spare time online from her home without selling.

Copy Here→→→→→ 𝐰𝐰𝐰.𝐛𝐨𝐨𝐬𝐭𝐞𝐫𝐬𝐭𝐚𝐫𝐭.𝐜𝐨𝐦
athen.titus
I’ve made so far this year working online and I’m a full time student. I’m using an online business opportunity I heard about and I’ve made such great money. It’s really user friendly and I’m just so happy that I found out about it. Here’s what I do.