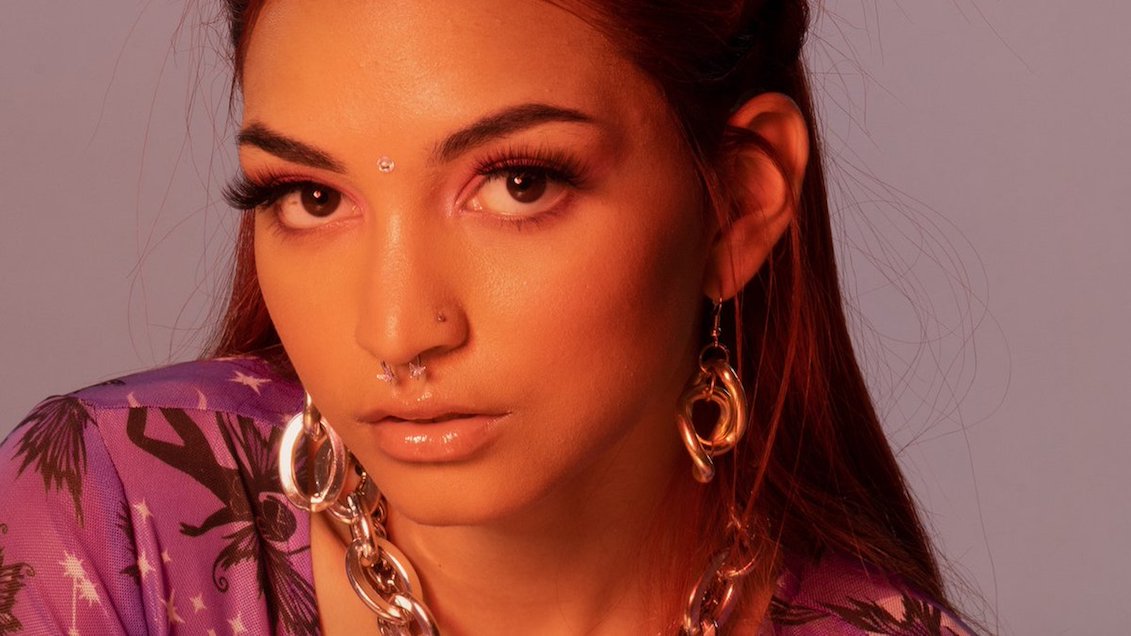 The pop artist and R&B singer Ambar Lucid has released a new version of “Lizard” from her 2021 EP, Get Lost in the Music, and a reimagining of a Billie Eilish…

Ambar Lucid released her new EP, Get Lost in the Music, on June 18, 2021. The five-song EP featured the single “Lizard.”

Get Lost in the Music has now been thrown into the vortex, and upon its return, “Lizard” has taken a journey to an alternate universe.

It was one of two songs featured on Lucid’s latest Spotify Singles release. This time, it is “Lizard (Alternate Universe).”

The Spotify single is a more upbeat take on Lucid’s original.

With lyrics such as “I was starin' at my old tattoo then I thought of you / I think I saw you blinkin',” “Lizard” already carried strong imagery.

Now, the song has returned dreamier, more reverberated, and with an overall harder-hitting beat.

If Lucid’s perspective on “Lizard” has at all been altered, during the journey to this “alternate universe,” then it is a change for the better, as the singer now appears even more confident in the proclamations she makes on the single.

Speaking from a place of nostalgia and retrospection, Lucid appears to be coming back to the single with a clearer head than the first time around, signifying further growth.

Another change in the single is Lucid’s new bilingual lyrics. Both singles on the two-song session now come equipped with new, Spanish sections alongside the original English.

The other song in the release is Lucid’s rendition of one of Billie Eilish’s recent songs, “Billie Bossa Nova.”

“Billie Bossa Nova” is a song off Eilish’s sophomore album, Happier Than Ever, which was released on July 30, 2021.

Lucid explained her decision to cover the song in a statement: “I love Billie’s music so adding my own lyrical twist to ‘Billie Bossa Nova’ was lots of fun.”

“Ambar Bossa Nova” shows Lucid take on the Eilish track in a more clear direction, adding her bilingual lyrics and a quicker rhythm.

Lucid is a Mexican-Dominican musician originally from Little Ferry, New Jersey. A self-taught guitarist, pianist and ukulele player, Lucid writes and sings in both English and Spanish.