Two of the officers involved in Taylor’s murder have been fired.

Breonna Taylor gets a sliver of justice, nine...

Breonna Taylor, the 26-year-old EMT who was murdered by Louisville police officers on March 13, 2020, has received about everything but real justice.

While Taylor and her boyfriend, Kenneth Walker, were sleeping, plainclothes officers barged into her apartment to serve a search warrant in a narcotics investigation.

Taylor’s death lit even more of a fire within protesters that were still reeling from the murder of George Floyd. Taylor’s name, photos and activist-made artwork were shown everywhere from social media to billboards.

In June, the Louisville metro council voted to pass an ordinance called “Breonna’s Law,” banning no-knock warrant searches like the one that resulted in Taylor’s murder.

As seen on Twitter today, Breonna's name and story is just as relevant as ever. Commenters reflected on the chaos going on outside and within the Capital building and compared it to how Taylor was shot and killed in her own home, while she was peacefully sleeping. This comparison was drawn to highlight the way in which white privilege seeps into every aspect of our society. 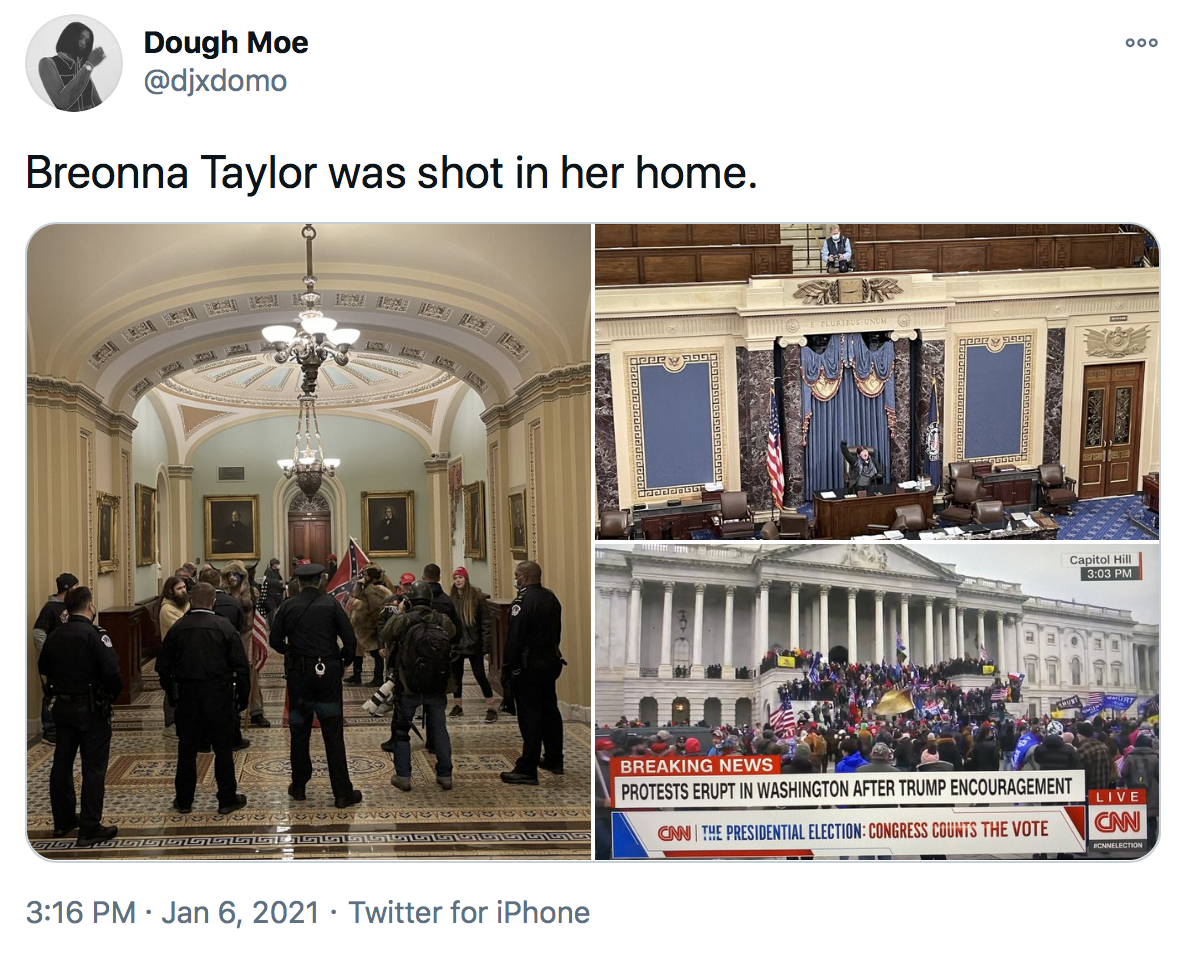 But still, no one was held accountable for her death.

Nine months later, a sliver of justice is finally being served: two of the officers involved in the shooting, Myles Cosgrove and Joshua Jaynes, have been fired.

Their terminations became official on Tuesday Jan. 5, according to a letter from Louisville Metro Police Department Chief Yvette Gentry, which was addressed to the officers.

In the termination letter, Gentry cited Cosgrove’s statements to internal investigators in which he described seeing a “distorted shadowy mass” and “flashes of big light.”

“In other words, the evidence shows that you fired wildly at unidentified subjects or targets located within an apartment,” she continued.

The chief also claimed that Cosgrove violated standard operating procedures for deadly force and failure to activate his body-worn camera.

Firing these officers is the bare minimum action that should have been taken immediately.

The newly-selected chief, Erika Shields, starts her job on Jan. 19 and has said she will put her emphasis on reconnecting with the community in a meaningful way.

“I commit to begin my work here with a focus on rebuilding community trust, trust that I believe was already eroding prior to Breonna Taylor’s killing,” she said.

To get AL DÍA Print Edition at the comfort of your home, please click here
TAGS
Breonna Taylor
justice
Louisville

A Step in the Right Direction

No, it isn’t a ‘surge’: How the migrant crisis is altered by the language we use

One year after Breonna Taylor's death, demonstrations for justice continue