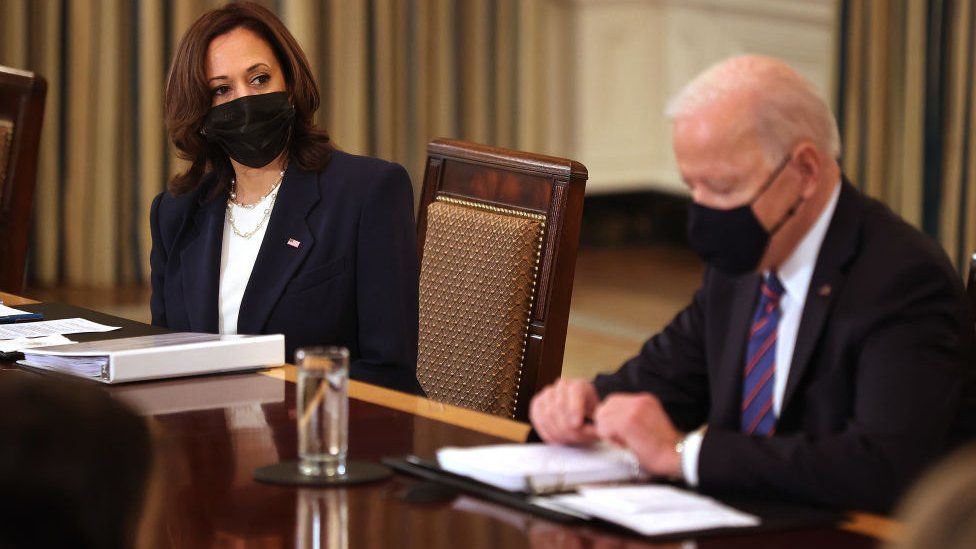 From corruption, climate change, violence, and the U.S.'s own botched foreign policy, the causes for Central American migration to beyond the southern border. Photo: Getty Images

Hint: Not much. Immigration reform is necessary, but a 100-day position will do little to fix it.

President Joe Biden’s Border Czar, Roberta S. Jacobson, will step down at the end of April, she announced on Friday. The move comes as the Biden administration continues to mismanage border apprehensions, unaccompanied minors, and faces increased scrutiny as it tries to mitigate the situation at the southern border with what is aptly called a broken immigration system.

Jacobson’s appointment as Border Czar, or special assistant to the president and as the White House border coordinator was always intended to last for roughly 100 days, according to herself and the White House.

Her role as one of the administration’s top border officials served as a point of stability for a time, but it was later made redundant by the appointment of Vice President Kamala Harris to lead the government’s diplomatic efforts with Central America.

This, and Department of Homeland Security Secretary Alejandro Mayorkas was confirmed into his position in early February.

Jacobson’s departure comes in the midst of the administration's efforts to mitigate migration from countries in the Northern Triangle, composed primarily of Guatemala, Honduras and El Salvador, and also the southernmost regions of Mexico. She, along with immigration advocates have argued that the increased flow of migration must be addressed at its source, which primarily lies in these countries.

With her departure, the title of Border Czar served as a band-aid solution that, within 100 days, was incapable of addressing the driving forces. In an interview with the New York Times in March, Jacobson spoke extensively about her plans to travel to the Northern Triangle countries, to work with government officials on ways to reduce the flow of migrants.

This would have been impossible within 100 days, and points at the Biden administration’s own issues understanding the driving forces of migration. It may not want to discuss its direct complicity.

What are the “root causes” of migration?

In recent weeks, attention which had exclusively been reserved to the Southern border has finally veered south, to the aforementioned countries in the Northern Triangle. But the Biden administration so far is looking to the most commonly discussed forces for migration.

The Climate crisis, for one, is driving migrants to leave their homes. Last year Hurricanes Delta Eta and Iota slammed into Central America, and the hardest-hit regions have yet to recover. In part this exacerbated already-present crop failure and famine in certain regions, and as the climate worsens natural disasters like more hurricanes will likely persist.

There is also the issue of leadership. Representative Norma Torres (D-CA) recently requested a report on corrupt officials in Central America to be delivered to Congress this week, arguing that autocratic policies have led to limited opportunity and economic mobility. Migrants in search of betterment who come to the U.S. first drive the rise of child migration, as children later seek to relocate with their parents.

“‘Root causes' of Central American migration start with crooked governments that can’t be relied upon to implement reforms that would improve the conditions that cause people to depart,” writes the Washington Post Editorial Board.

This is true, but it doesn’t consider the work to be done within United States, for its own part in the matter.

In 2016, the Northern Triangle was named one of the most violent regions in the world. All three countries record thousands of crimes by local and international gangs and armed criminal groups.

So far, when it has decided to interfere in the region, the United States’ strategy has been to send more military aid.

It’s an extension of the U.S.’s history in upholding “rule of law and security” in Central America. It’s less widely discussed but perhaps more important to consider for the future of effective diplomacy.

While the Biden administration has made it clear that its goal is to look beyond the immediate immigration issues at the border by improving the conditions in Central American countries to a point where their citizens are no longer forced to immigrate to the U.S.

It is as if this alone will absolve the White House of having to fix the asylum seeking process or streamline the path to citizenship.

The term, “Root Causes of Migration,” as Isabela Dias writes for Mother Jones, usually ignores that the United States has played an integral role in perpetuating some of these drivers of Central American Migration. Therefore these improvements to the process should be made.

Root causes are at the border, they’re in Central America, and they’re also at the Capitol. To overlook this is easier, as it takes responsibility away.

Put briefly: From meddling in the Salvadoran Civil War, which eventually led to the creation of death squads; planning a coup to overthrow a democratically-elected President in Guatemala in 1954, which led to a 36-year war; and installing a military base in Honduras, which is attributed to military intervention, the U.S. involvement in the Northern Triangle’s instability runs deep for its citizens.

It continued through the exportation of gangs like MS-13 —formed in California — which led to the stigmatization of El Salvadorans. There is almost no socio-political-economic issue in these countries that the United States has not touched.

Now in 2021, the United States has apologized few times. President Bill Clinton apologized to the Guatemalan people for its part in the war and and mostly for the genocide of the Mayan people. But that’s where  the laments ended, 20 years ago.

Perhaps this is where the Biden Administration should pick things up.

It allocates $52 billion for the Department of Homeland Security, about the same amount as 2021. About $1.2 billion would be reserved for "effective and modern" border security, including ways to improve the processing of migrants and asylum-seekers.

But without self-examination throwing money at the border will do little.