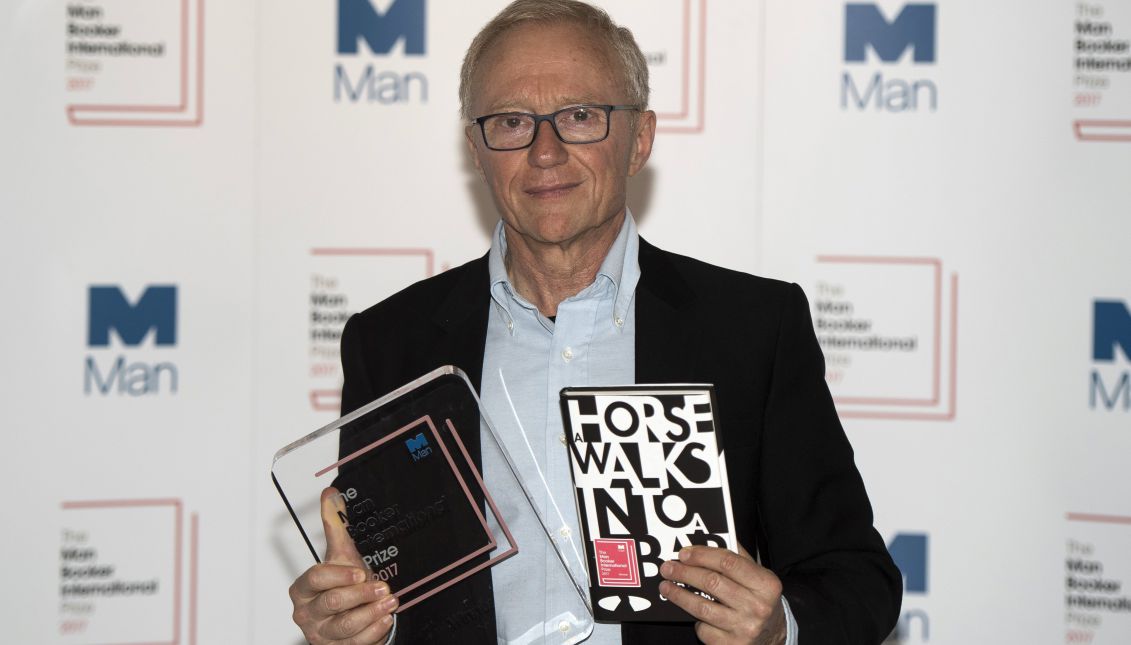 Author David Grossman from Israel poses for photographs after being announced the winner of the 'Man Booker International Prize 2017' for his novel 'A Horse Walks Into A Bar' during a ceremony at the Victoria and Albert Museum in London, Britain, 14 June…

Grossman beat his compatriot Amos Oz and four other contenders for the prize, which is awarded to writers of foreign-language fiction translated into English.

The novel revolves around a stand-up comedian as he relates a traumatic moment in his life during his final show at a local club, praised by the judges as an "ambitious high-wire act of a novel".

Nick Barley, the chairman of the award's judging panel, said the book "shines a spotlight on the effects of grief, without any hint of sentimentality".

"We were bowled over by Grossman's willingness to take emotional as well as stylistic risks: every sentence counts, every word matters in this supreme example of the writer's craft," he added.

Of the book, The Guardian commented: ‘This isn’t just a book about Israel: it’s about people and societies horribly malfunctioning. Sometimes we can only apprehend these truths through story - and Grossman, like Dovaleh, has become a master of the truth-telling tale.’

Born in Jerusalem in 1954, Grossman began his career as a journalist and was fired from public radio over his critical coverage of Israel.

He has been writing literature since the 1970s and his works, including "The Zigzag Kid", "See Under: Love" and "The Book of Intimate Grammar" have been translated into more than 40 languages.

The 63-year-old author is known for his opposition to Israel's occupation of Palestinian territories and his support of the peace process. His son Uri was killed fighting in the 2006 Israel-Hezbollah conflict.

Among the six authors shortlisted for the prize was Argentinean writer Samanta Schweblin (Buenos Aires, 1978) for her last novel, Fever Dream.

The 2016 Man Booker prize was awarded to South Korean writer Han Kang for her novel "The Vegetarian", along with her translator Deborah Smith.