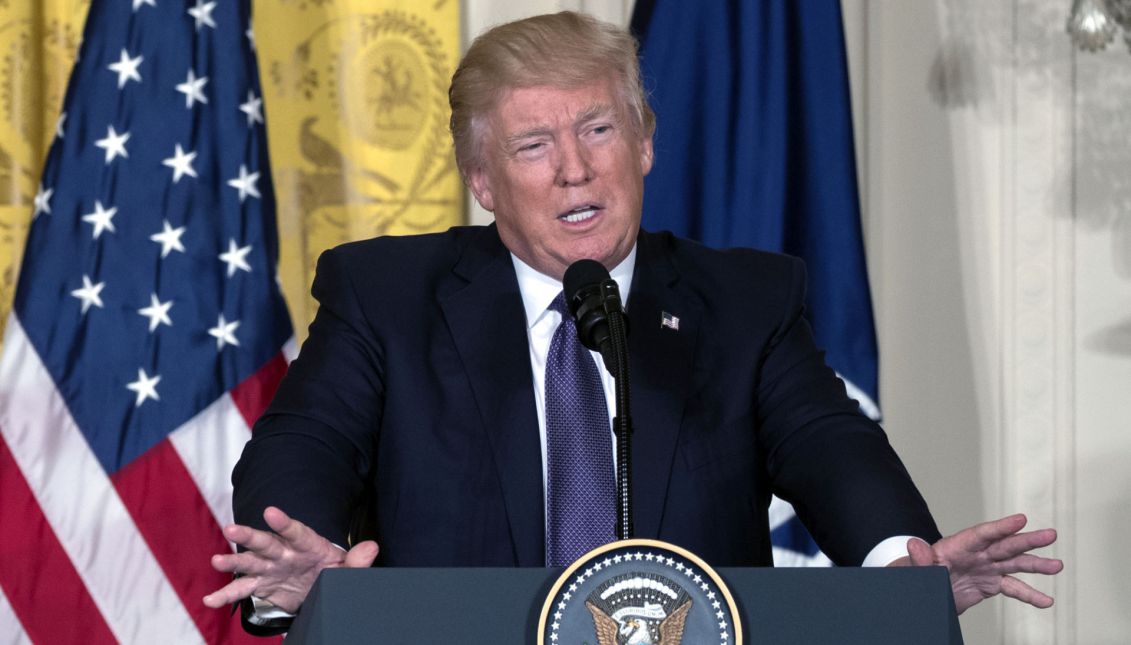 Donald Trump: ‘We’re not getting along with Russia at all’.  EPA/SHAWN THEW

Donald Trump said on Wednesday that US relations with Russia may be at “an all-time low” and declared a new-found faith in NATO, suggesting the alliance was “no longer obsolete”.

The US president’s remarks at the White House followed a two-hour meeting in Moscow between his secretary of state, Rex Tillerson, and the Russian president Vladimir Putin, in which they didn't agree on much. In the meeting, both politicians failed to resolve any of the deep differences between the two nations on Syria, Ukraine, or Moscow’s interference in the 2016 US election.

Trump said that he would like to believe that Russia did not know in advance about last week's sarin gas attack, which killed more than 80 people and which Washington has blamed on the Bashar al-Assad regime, but he added that it's "possible" that Moscow did have advance knowledge.

Also on Wednesday, Russia vetoed a U.N. Security Council resolution suponsered by the U.S, UK and France that would have condemned last week’s chemical attack in Syria. China abstained, suggesting that negotiations between president Xi Jinping and the US President last week in Mar-a-Lago have led to progress in China-US relations.

“We’re not getting along with Russia at all,” Trump said, adding “we may be at an all-time low”. Although he avoided any direct criticism of Putin, he compared the relationship with Russia unfavourably to the one he had cultivated with China.

In the past days, Trump ommited to say an allegation he constantly repeated during his presidential campaign, telling the Wall Street Journal that the Chinese were “not currency manipulators”, as reported in The Guardian.

By encouraging a better understanding with China and reaffirming support for NATO, Trump is showing an important shift in his political positions since taking office.

Trump's statements were made in a joint press conference at the White House with NATO Secretary General Jens Stoltenberg. The US president, who denigrated NATO during his electoral campaign, said that he would like to get along well with all world leaders but went on to say that right now the international situation is a "disaster," alluding to the assorted ongoing conflicts and terrorist threats.

The day before, US approved NATO's latest expansion with the accession of Montenegro, a decision that raised fury in Moscow.

“I complained about that a long time ago and they made a change, and now they do fight terrorism,” the president said. “I said NATO was obsolete. It’s no longer obsolete.”