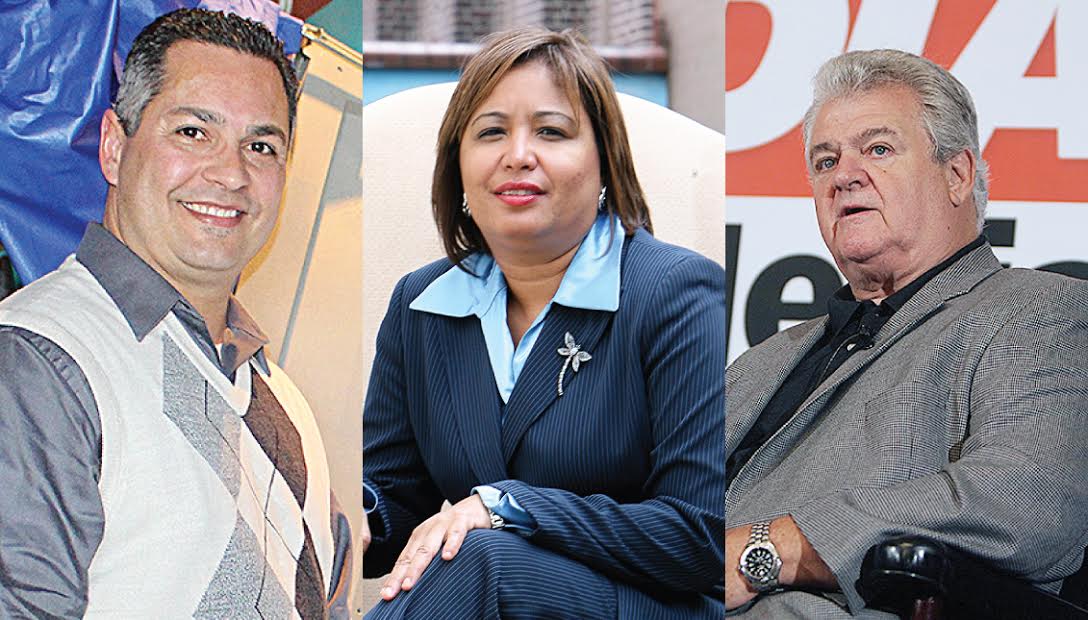 Morales-gate is not a morality play, but a painful farce

Several days ago, incumbent District 7 councilwoman María Quiñones-Sánchez released about 50 pages of screen captures highlighting anti-immigrant, racist and homophobic postings alleged to be from her challenger Manny Morales’ Facebook page.
As soon as she released the information publicly, every journalist in the greater Philadelphia area must have rushed onto the page — we know we did. And we saw postings dating from between 2010 and 2014 that, indeed, we found not only greatly offensive but at loggerheads with almost every Democratic Party platform for the past 10 years.

Morales-gate is ugly. It is grotesque and farcical in that painful way that make us wince. It is not, despite what anyone may try to tell you, a morality play. There are no unimpeachably good folks nor any irredeemably bad folks in this.

Was it a nasty thing for Quiñones-Sánchez to do? Sure. But it is pretty much standard where politics are concerned. And if the Facebook posts are real, voters have a right to know what causes and/or ideas earn Morales' sympathies and his shares.
Morales — who has received the Democratic City Committee’s endorsement — says his Facebook page was hacked, and that he received notice of such via emails from Facebook (we requested copies of the emails, but he says he deleted them). Inconceivably, it seems he neither removed the offensive postings nor shut down the page — that is, not until after Morales-gate broke. He has subsequently said he will be suing Quiñones-Sánchez for defamation and identity theft.
City Democrats have reacted variously — from State Representative Ángel Cruz accusing Quiñones-Sánchez of desperation and dirty tricks, to mayoral candidate Nelson Díaz guardedly saying the accusations are unseemly on both sides, to condemnations of Morales by Mayor Michael Nutter and mayoral candidate Anthony Hardy Williams (whose bid for mayor Quiñones-Sánchez supports).
Morales-gate is ugly. It is grotesque and farcical in that painful way that make us wince.
It is not, despite what anyone may try to tell you, a morality play. There are no unimpeachably good folks nor any irredeemably bad folks in this. There is a central protagonist who has displayed either obliviousness or a naivité so profound it strains credulity, and around him are a lot of politicians dishing dirt and trash-talking each other, and a lot of ordinary people wondering if this is the best the Philly Latino community has to offer.
It is a question that touches on so many of the Latino stereotypes we battle every day: Are we prepared enough? Are we good enough? Are we smart enough and engaged enough and professional enough that we can hold our own in the corridors of power?
At AL DÍA we always answer those questions about the Latino community with a resounding “yes.”
But in this case, professionalism and preparation were lacking. What person over the age 12, especially one running for office, ignores his or her digital footprint? What person, presumably having been hacked, doesn’t immediately take down the affected social media site, or follow the site’s own prescriptives for deleting errant posts and photos and reposts?
How is it that someone vying for a job that pays about three times the median household income in Philadelphia (salaries for city council members start at $117,000; Philadelphia’s median household income is $34,207) would be doing so without displaying this care and attention to detail the job entails?
We have to put the blame on the DCC for neither vetting nor preparing Morales well enough. That is the organization’s job, after all, because nobody is born knowing how to be a politician and the party can and usually does provide help from astute, experienced politicians and their networks of influence. But for reasons of its own, the DCC appears not to have done its due diligence with Morales. Or, with the Latino community of voters it certainly needs — if not now, come 2016.
We can wish all we want that none of this had happened. We can wish that campaigning for public office were a genteel endeavor instead of a cutthroat one. But we cannot, as a community, blind ourselves to the consequence of this fiasco:  Our credibility is shot, our petty political in-fighting has wounded the chances for all of the Latino candidates, and we have been shown to be egregiously immature politically.
The way to begin to dispel this is to show up at the polling places in unprecedented numbers. To show that even if our candidates aren’t ready, or worthy, or savvy, we the voters are all that. And more.
We are a political powerhouse in the making, nationally and locally, and we’d best make sure that  in the future no one — in office or vying for office, inside the community or outside — dares think to cast us in a farce.