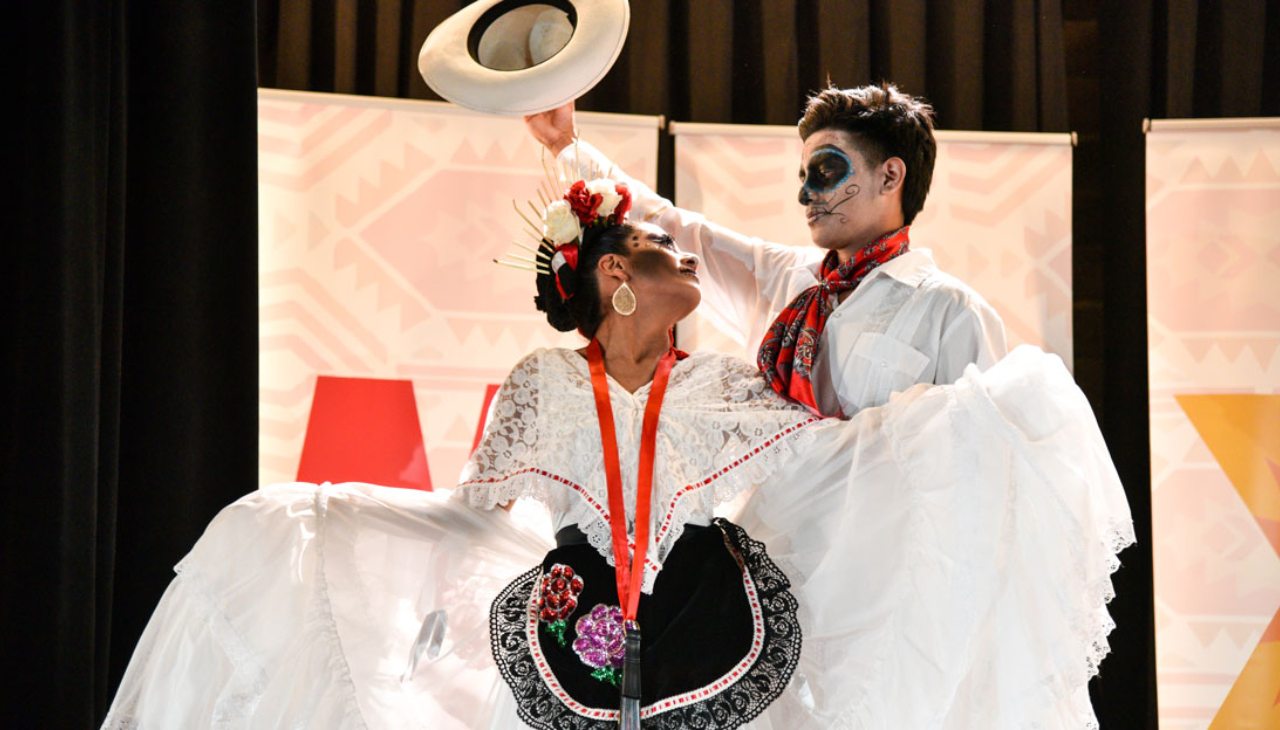 The 11th annual Día de los Muertos is this weekend. Photo Courtesy of the Penn Museum.

Día de los Muertos to return to the Penn Museum, honoring Mexican tradition and those who have passed away

Mexican culture and tradition will be on full display on Saturday, Oct. 29 when the 11th annual CultureFest! Día de los Muertos returns to the Penn Museum.

The annual showcase is in partnership with the Mexican Cultural Center, the Mexican Consulate in Philadelphia, and Norristown’s Ballet Folklorico Yaretzi.

Ivette Compean Rodriguez, executive director of the Mexican Cultural Center, spoke with AL DÍA about the significance this annual event has.

“It’s at events like this that we can prove Mexicans have a lot to contribute to a city like Philadelphia,” she said.

Compean Rodriguez added that it’s an opportunity to “share with others a piece of Mexico.”

Día de los Muertos (Day of the Dead) is a mix of the blending of Indigenous Mexican beliefs with the Catholic celebrations of All Saints’ Day and All Souls’ Day, and is observed in Latino communities around the world.

It's a tradition in which the purpose is to remember loved ones who have passed away.

“Day of the Dead is a tradition first practiced thousands of years ago by indigenous people, such as the Aztecs, who didn’t consider death as the end of one’s existence, but simply another part of life,” said Compean Rodriguez. “Instead of grieving, back then, people simply honored them and celebrated their new chapter.”

The agenda is as follows:

As one of the key community partners of this annual event, the Mexican Culture Center prides itself on celebrating Mexican culture as much as possible “because it’s an opportunity to remind us [Mexicans] who we are and where we come from,” Compean Rodriguez said.

“We should all feel proud of our roots, especially when you are living in a different country. Mexico is rich in culture and traditions, and we should want to spread this with the people we interact with everyday,” she added.

It is equally important to showcase the traditions of Mexican culture.

The event’s centerpiece is a monumental ofrenda — a colorful elaborate communal alter that honors those who are passed. The art installation will be displayed in the Egypt Galleries, and was created by Mexican artists Julieta Zavala and Mauro Carrera.

The will also feature a community altar contest, which invites individuals, organizations, universities, and companies to create their own ofrendas, with respect to the traditional Mexican format and be completed before the event. Those interested in participating in the contest can contact (215) 845-5004 or email [email protected]

For the entire lineup of events which is from 10 a.m. to 4 p.m., to purchase tickets or to learn more, click here.