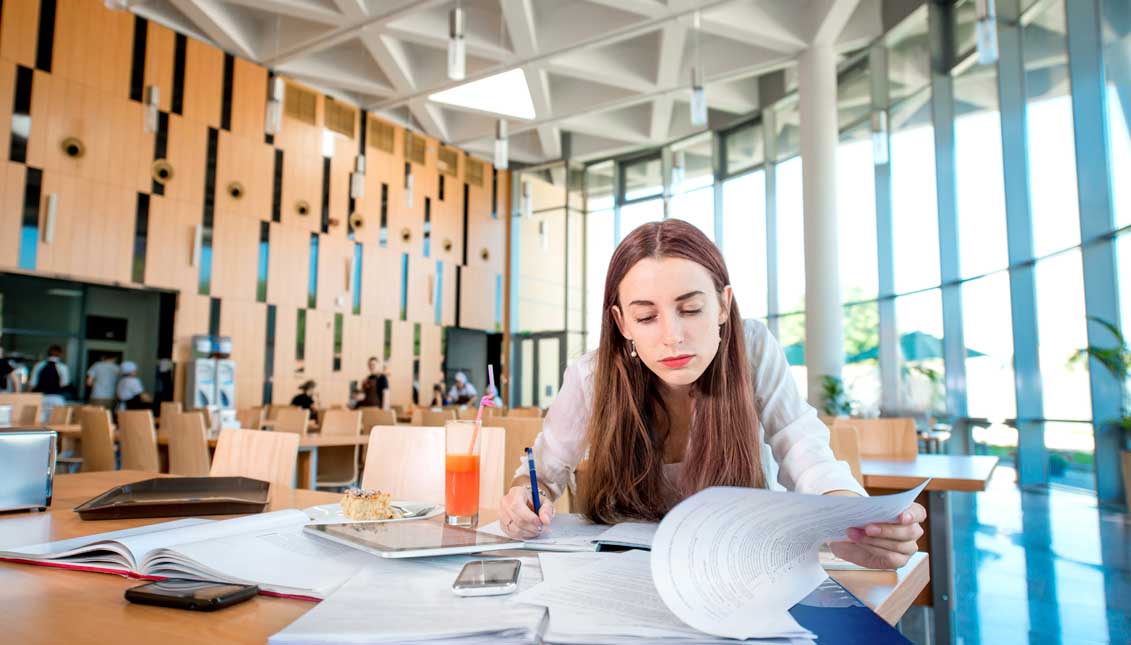 When students are hungry, they miss class -- sometimes to pick up an extra shift at work, sometimes because they get sick because their immune systems are weak from malnutrition.

[OP-ED]: Hunger on campus is a real problem with real solutions

When people my age look back on their college days, they often recall being “starving” students. But, back in a time when it was possible to complete a…

Fast forward to today: Due to hiring norms, it’s difficult to embark on any kind of stable career trajectory without at least an associate’s degree. And the cost of college is estimated to have more than doubled in the past 30 years and outpaced inflation by 2 to 4 percent -- the idea that you could mostly pay out-of-pocket for college as you go is laughable.

More often, students -- particularly those who are the first in their family to go to college -- are cobbling together hefty financial aid and full-time jobs to attend school. And these students are increasingly going hungry.

According to the National Student Campaign Against Hunger and Homelessness (NSCAHH), food insecurity among students who attend both four-year universities and community colleges is a stark reality.

A 2016 NSCAHH survey of nearly 4,000 students across 34 institutions of higher learning found that 48 percent of respondents reported food insecurity in the previous 30 days.

And while there’s a misperception that hunger on campus is solely a commuter school issue -- 25 percent of community college students qualified as having very low food security -- students at four-year schools weren’t far behind at 20 percent.

Lastly, as a group, 56 percent of all first-generation students were food insecure, compared with 45 percent of students who had at least one parent who had attended college.

No matter which way you look at the data, large numbers of students of all races and ethnicities -- even those who hold part-time jobs and receive at least some financial aid -- are at times hungry on campus.

This leads to a cascade of challenges and terrible outcomes. When faced with the choice to eat or buy a required textbook, students make rational choices: They choose to eat.

When students are hungry, they miss class -- sometimes to pick up an extra shift at work, sometimes because they get sick because their immune systems are weak from malnutrition.

Now you’ve got students who can’t make it to class, can’t concentrate when they are there or don’t have the book so they can do the work. If they end up dropping the class or -- far worse -- dropping out of school, it leaves them with no degree and student loans that must be repaid.

If this happens to people in families with a strong track record of attending and graduating from college, they will probably be an anomaly.

But when it happens to the first person in a family to attempt higher education, not only have they failed themselves but they’ve become a cautionary tale about the no-safety-net-high-wire act of trying to better yourself. All the adults in that family will forever be scarred by one student’s inability to pull off this feat that every high school college counselor proclaims is both indispensable and attainable.

As ever, there are solutions, even if they’re not easy.

First, forget cutesy concerns about the legendary “Freshman 15” pounds that students gain. Instead, encourage your alma mater or local college to create campus food pantries, campus community gardens and food recovery programs. Or make a donation to such efforts.

If none of these efforts appeals to you, then try this: Next time you run into a college student, ask him or her if you can treat them to a meal -- they’ll surely appreciate the offer either way.