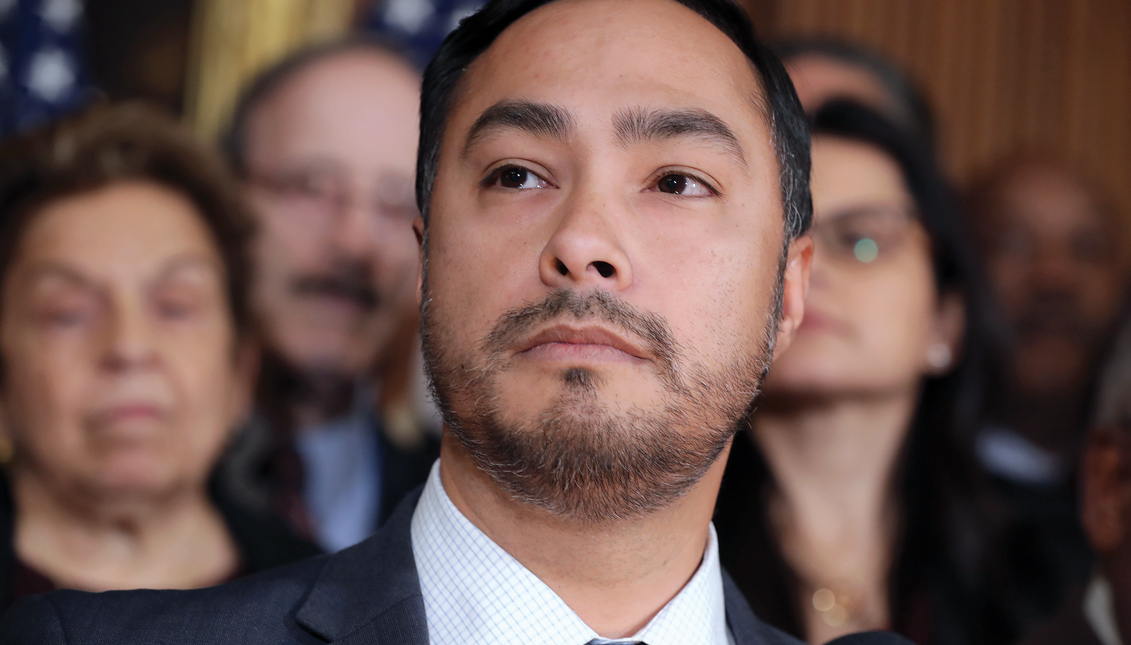 Joaquin Castro is an American Democratic politician who has served in the United States House of Representatives for Texas' 20th congressional district since 2013. Photo: Getty.

Does Rep. Joaquin Castro have what it takes to become the next chair of the House Foreign Affairs Committee?

It was mid-July, and school principal Jamaal Bowman had just ousted longtime Rep. Eliot Engel in their New York primary for its 16th Congressional District. The news was startling to some, inspiring to progressives, and for others, it signaled an opportunity for change.

The implications of Bowman’s win go beyond New York. Engel, the longtime Chair of the House Foreign Affairs Committee, will no longer hold his position come January 2021, and so, there is currently a race to replace him, set to end at November’s conclusion.

All the way in Texas, Congressional Hispanic Caucus Chair and Vice-Chair of the House Foreign Affairs Committee, Rep. Joaquin Castro, announced his bid for the position just days after Engel’s defeat.

From then began a four-month-long race to see who would replace Engel, as Castro posed himself against his more senior colleagues, Reps. Brad Sherman of California, and  Gregory W. Meeks of New York.

Sherman has the most seniority, followed by Meeks. Castro, a four-term lawmaker with about eight years in the Committee, entered the race last and has since pushed to make the normally closed-doors committee chair selection process more transparent.

Castro spoke to AL DÍA on his efforts to do so, and his race overall.

“It’s interesting, you know, you never quite know when these chair positions are going to come up within the Democratic Caucus because we don’t have term limits, and so it just depends on when a chair decides to retire, or in this case, loses an election. And so it wasn’t something that I was looking at from the beginning,” Castro said.

But as the chair position became open, Castro’s interest was sparked with the opportunity that came along with it, including strengthening ties with Latin America and the rest of the western hemisphere.

“I think that there is a lot of great work that we can do that we haven’t necessarily gotten to during the years that I’ve been there,” Castro said.

Castro is finishing his fourth term in Congress. Since the inception of his Congressional career, Castro told AL DÍA he is the only Congress member who’s served on Foreign Affairs, Armed Services, and the intelligence committees. He is currently also chair of the Oversight Investigations subcommittee.

Each committee deals with a lot of the same issues but from slightly different perspectives. The experience should propel Castro to near the top of the list in terms of experience, but there’s a factor in the way: Seniority. 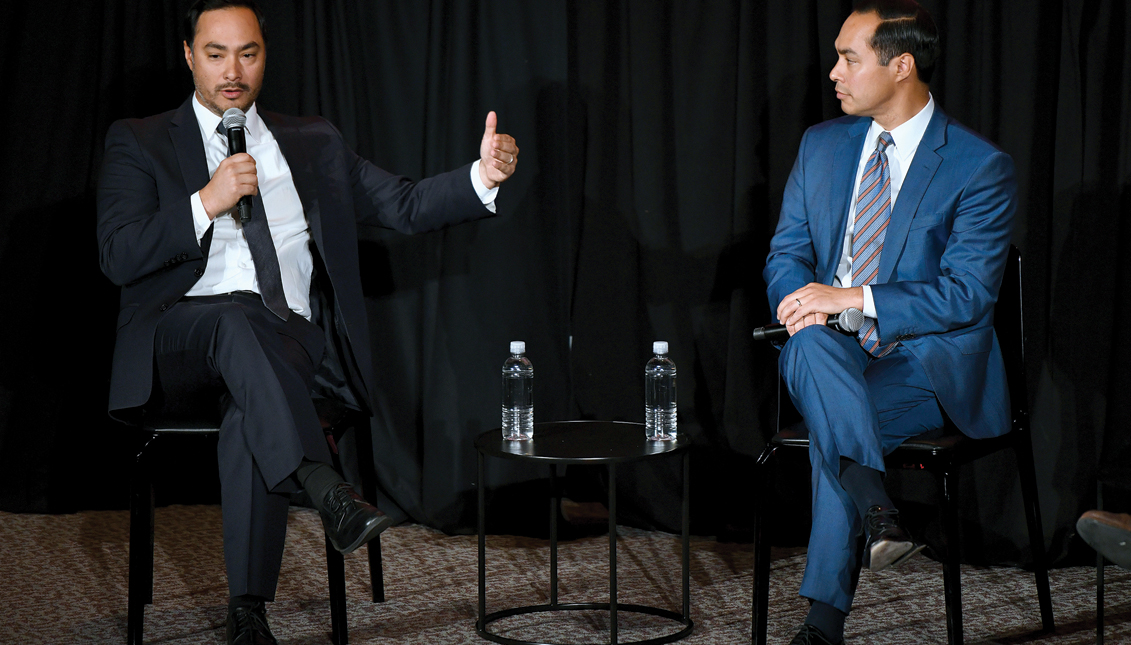 The Democratic party has always had this issue. As an institution built to privilege legislative experience, it has often been criticized for keeping younger Congress members from higher positions of power.

This is also in part due to the absence of term limits. The only reason why the position of Chair was made available was because Engel was defeated. Otherwise, he would have remained as chair.

Castro has already said that if elected, he would limit his term. He is also fighting against the antiquated practice of making the decision behind closed doors.

“Nobody has dealt with these issues in more depth and more intensely over the past eight years than I have,” Castro said. “And I’m the only person who’s running, for example, who’s chair of a subcommittee right now.”

Castro explained his opponents and colleagues Reps. Meeks and Sherman both chose to take subcommittee chairs in financial services rather than chairing committees in foreign affairs.

“And so I’ve been very dedicated and passionate about this committee since I got into Congress,” he said.

Castro has spoken to Democratic Caucus Chair, Rep. Hakeem Jeffries, to request a debate or a forum where the three candidates would go in front of the members of the Democratic Caucus to lay-out their candidacies and visions for the future of Foreign affairs, as well as each candidate’s experience.

“I was committed to running this race in a different kind of way from the past,” Castro said.

Usually, the chair races are conducted in behind the scenes conversations on the House floor or in phone calls among Congress members. All of that still happens, but there’s a huge element missing, according to Castro.

“Which is going out to the public and explaining why you’re running for Chair,” he said.

He mentioned he’s conducted about a dozen town halls now, with different public and advocacy groups that work in foreign policy, and has taken questions from the public on a wide range of subjects.

“Though only the members of the Democratic Caucus will have a chance to vote on who becomes chair, that person chairing the committee will have a great effect on the American public because they’ll have a lot of say over which pieces of legislation to move forward, which topics and subjects are included for committee hearings, which witnesses get invited to testify,” Castro said.

It’s a decision that goes well beyond the Congress members and will impact the nation as a whole. 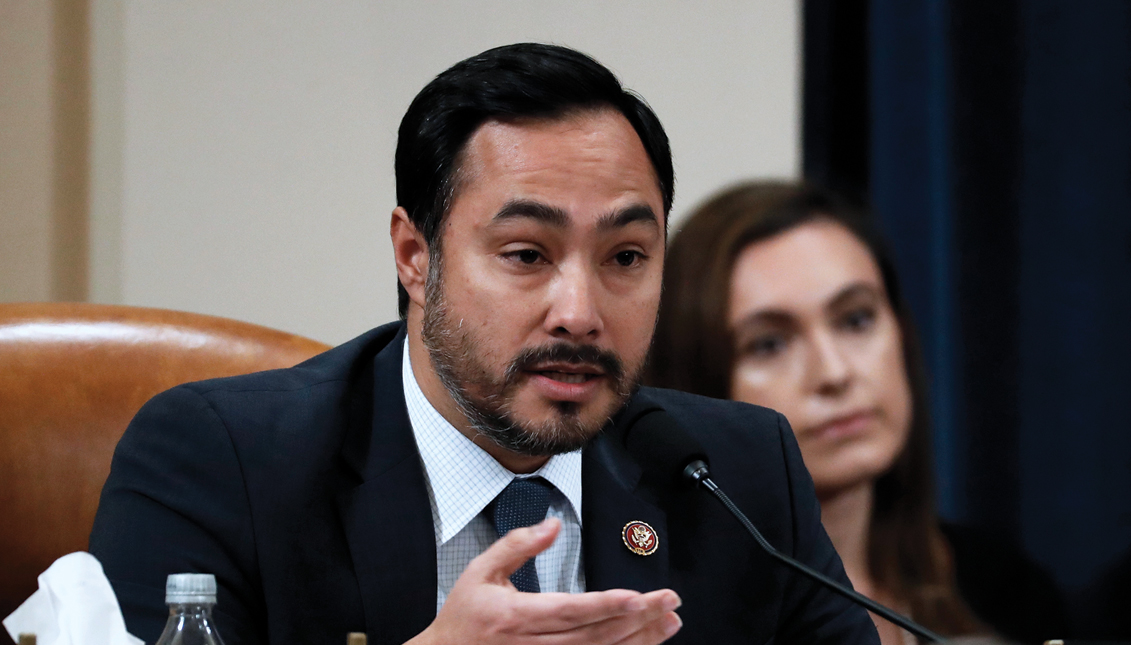 In July 2020, following the primary defeat of House Foreign Affairs Committee chairperson Eliot Engel, Castro declared his candidacy for the chair. Gregory Meeks has also announced his candidacy and Brad Sherman, who defeated former chairperson Howard Berman in a 2012 primary, is expected to run as well. Photo: Getty.
A future under Biden

Since he announced his run, Castro has said he will be a champion for progressive foreign policy, but what exactly does that mean?

When asked, Castro laid-out the cores of his plan, which proved to be many:

“The Foreign Affairs committee needs to lead the way in reclaiming Congress’ constitutional powers over the declaration of war, for example, and over military engagement.” he began.

“I’d like for us to be able to be a partner in ushering-in a new era where America again becomes a north star for the world on issues like freedom, democracy, human rights, and rooting out corruption,” he continued.

Castro said that early in his term, he would organize congressional delegation meetings with world leaders.

“To let them know the United States is back, and we intend to be a North Star again, on these issues that we’ve stood for generations,” he said.

A plan for Latin America

To Castro, Congress needs to pay more attention to what is currently happening in the Western Hemisphere — countries like Peru, Chile, and countries in Central America do not garner the attention they deserve.

“I think part of it will be, with a new president, ushering-in a different posture and tone towards Latin America,” he said. “One that’s based on respect, mutual understanding, and partnership.”

Concerning Mexico specifically, Castro feels he has many mends to make because of the current administration’s policies.

“The president has been extremely antagonistic towards Mexico since even before he became president and has demonized Mexican immigrants as rapists and criminals,” Castro said.

Since the announcement, Castro has called for more extensive measures to address family separations and the treatment of people seeking asylum and other protections in the US.

He wants to create a human rights commission to investigate, making sure it never happens again and to hold the Trump administration officials behind it accountable.

Castro also thinks that the US should give affected migrants legal status if they want it.

Under Trump, the U.S. has increasingly alienated itself from the rest of the world, especially Latin America, one of its closest neighbors.

“The United States and Latin America has become less popular, and less accepted under Donald Trump than it had been for years and years. And what we’ve seen is that countries like Mexico have started to go around the United States, rather than partner with the United States,” said Castro.

He’s talking about powers like China and Russia making headways in Latin America during Trump’s administration.

“So what I would do is help lead an effort to repair those divisions and get us back to being full partners again,” he said.

Castro isn’t number one in line, nor is he number two. He’s ninth in seniority.

But he’s also vice-chair. The only thing in his way is whether the Democratic Caucus will appreciate how he’s made the process more transparent and whether they will back him.

“It’s also a matter of somebody’s vision for the committee, the issues that they worked on, and how in-depth they’ve dealt with all of these issues, “ said Castro.

The Democratic Caucus will vote on who will assume Rep. Engel’s position during the week of Nov. 30. Though he may be categorized as an underdog because of the process in place, Joaquin Castro believes he’s a real contender.