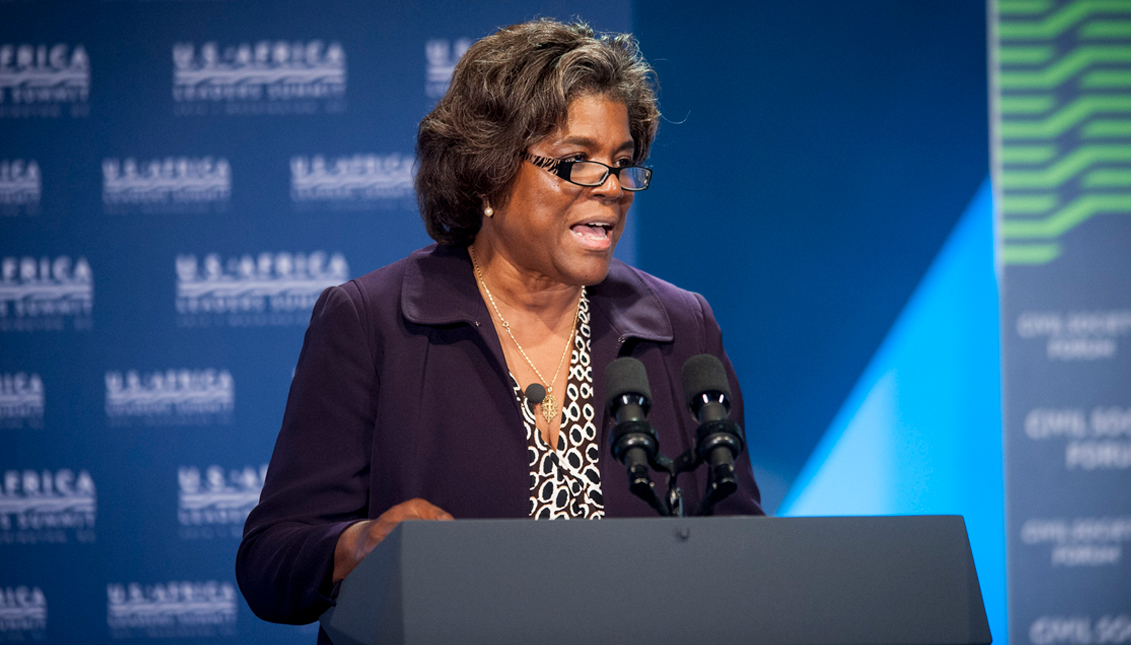 The U.S.’s new UN Ambassador has a lot of work to undo four years of turmoil

On Tuesday, Feb. 23, the Senate voted 78-20 to confirm a new U.S ambassador to the United Nations, which is a cabinet-level position.

After four years of former President Donald Trump’s “America First” approach, the new confirmation is a victory for the Biden administration as it strives to re-engage with the world in a more healthy way.

Linda Thomas-Greenfield has been confirmed as the U.S. ambassador to the UN.

“America is back,” she said when she was nominated in November, echoing one of President Biden's themes. “Multilateralism is back. Diplomacy is back.” https://t.co/NYGvT30URh pic.twitter.com/SzUVb2osYr

Her confirmation was applauded by Democrats and United Nations advocates, who drew major differences with Trump’s one-sided strategy in international affairs.

Republicans who opposed Thomas-Greenfield said that she was “soft” on China and would not stand up for U.S principles at the United Nations.

Thomas-Greenfield rejected those concerns during her confirmation hearing and told senators that China is a “strategic adversary” whose actions threaten the security, values and way of life for Americans and citizens across the globe.

She spoke of China’s hostile advances during the Trump administration and how his “America First” policy severely weakened international alliances. She promised change will take place under Biden’s administration and emphasized that American leadership must be rooted in “support for democracy, respect for universal human rights, and the promotion of peace and security.”

Rep. Karen Bass, D-Calif., chairperson for a House Foreign Affairs subcommittee on global health and human rights in Africa, said that Thomas-Greenfield’s confirmation will make the country and the world a safer place.

I am honored, and beyond humbled, to have been sworn in today by @VP Kamala Harris as the United States Ambassador to the United Nations.

Diplomacy is back. Multilateralism is back. America is back. pic.twitter.com/IHWIwMIOew

“Ambassador Thomas-Greenfield is a lifelong diplomat who is dedicated to bettering this country and the relationships this country has with others throughout the world,” Bass wrote on Twitter.

Senate Majority Leader Chuck Schumer said that Thomas-Greenfield’s confirmation was urgent and that she is “exceptionally qualified” for the UN post.

As she takes office, the new ambassador is expected to repeal several of the Trump administration’s UN policies, such as restoring funding for Palestinian refugees and the UN Population Fund, which focuses on women’s sexual and reproductive health.

The U.S may also run for a seat on the UN Human Rights Council, which Trump withdrew from.

Thomas-Greenfield will be entering the post at a time when the world must deepen their commitment to fighting the coronavirus pandemic and climate change. She will also have to work on restoring relationships between Russia and China, and addressing the racial injustices and political turmoil that inflamed the country during the Trump administration.

Linda is the leader America needs at the @UN at this critical moment for the U.S. and world. We @unfoundation stand ready to support the entire @USUN team in the important work ahead.

“I think it is important that she is honest about what has gone wrong in the U.S., to avoid charges of hypocrisy over human rights, but she also has to demonstrate confidence in U.S. institutions and values,” said Richard Gown, an expert on the United Nations with the Crisis Group.