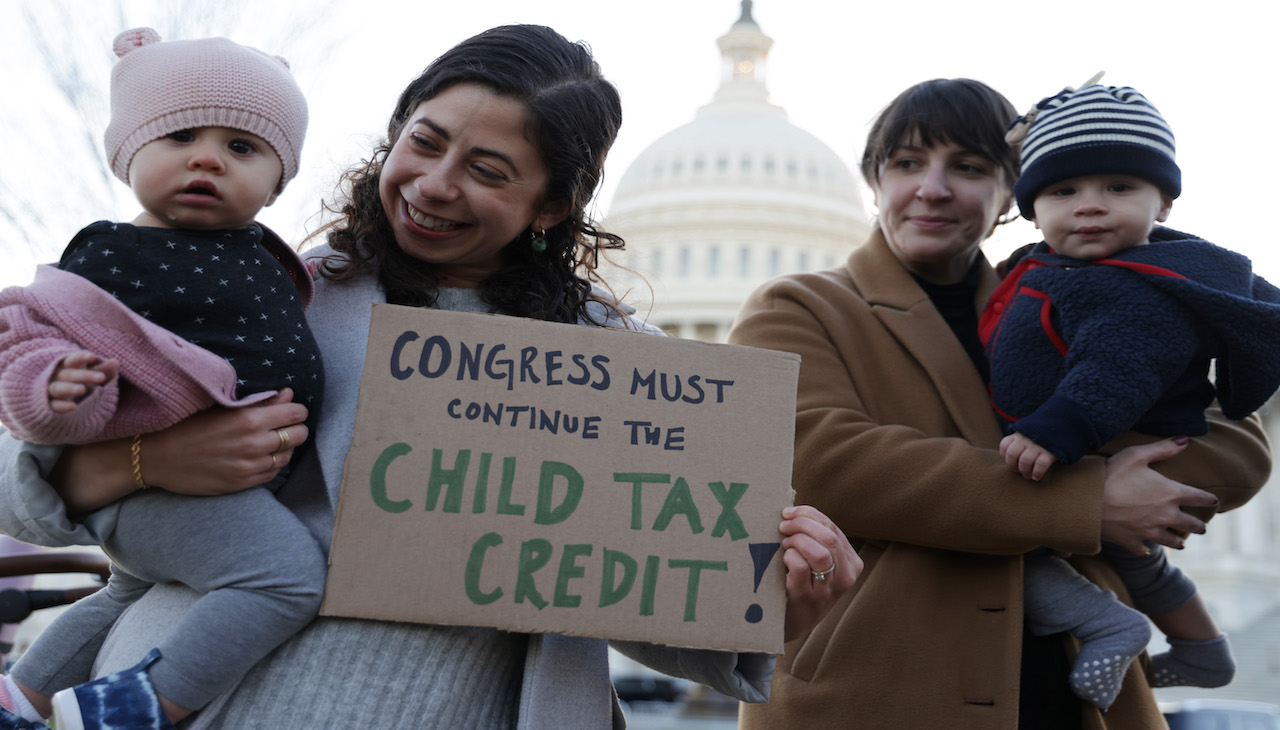 Without a child tax credit extension, families have been left out to dry

With Build Back Better on hold, the child tax credit is up in the air.

Between July and December, the expanded child tax credit payments provided parents in the U.S. a small financial cushion to get them through the pandemic’s economic slump.

But when the payments stopped coming, many families were negatively impacted. NBC News spoke to several parents who experienced the consequences of the tax credit expiration.

A mother in Milwaukee had to choose between diapers and baby formula for her infant and paying for the internet her sons needed to attend school online.

A mom in Chicago had to use the last of the cash she saved from the payments to rent a hotel room for herself and her two-year-old after their apartment’s heat was unexpectedly shut off and the temperature dropped to just nine degrees.

“I received $4500 and every month I figured out what the household needed, whether it was gas, school supplies, toiletries, rent or the electric bill whatever,” Savannah Brooks, the 36-year-old new mom from Milwaukee, told NBC News.

The expiration of this benefit, and Congress’ inability to pass the Build Back Better plan that would have cemented the child tax credit for another year, has left many parents overwhelmed, and resentful.

Forty-one-year-old Kristen Olsen, a West Virginia mother of three, told NBC News that since she’s returned to in–person working, she’s been struggling with the addition of child care costs on top of a $75 rent increase in January.

The rising price of groceries and the need to meet her water, electric and car payments added to the burden. But the child tax credit made her feel able to meet her family’s basic needs.

To Olsen, the loss of the child tax credit feels like “a cruel joke.”

“It’s like saying, ‘Here’s how your life could be, this is what it would be like if you didn’t have to worry so much every month, here’s how it feels to know you can pay your bills, and then they just pull the rug out from under you,” Olsen said.

Sen. Joe Manchin effectively put the negotiations over the Build Back Better package on hold last month when he said he could not support the provisions, particularly the enhanced child tax credit (CTC).

We need to make the Child Tax Credit permanent.

By drastically reducing child poverty, this tax cut proved to be a real game changer for Georgians in every part of the state. pic.twitter.com/wHER6D2wxW

Democratic supporters of the enhanced credit are determined to keep pushing. Last week, five senators — Michael Bennet of Colorado, Sherrod Brown of Ohio, Cory Booker of New Jersey, Raphael Warnock of Georgia and Ron Wyden of Oregon — wrote a letter to Biden and Vice President Kamala Harris urging them to “secure” an extension of the credit.

“The expanded CTC is a signature domestic policy achievement of this administration and has been an overwhelming process. The consequences of failing to extend the CTC expansion are dire, particularly as families face another wave of the Covid-19 pandemic,” the senators wrote.

The enhancement helped reduce child poverty — an accomplishment that Biden and congressional Democrats have repeatedly applauded.

In December, some 3.7 million children were lifted out of poverty, including 737,000 Black children, 1.4 million Latino children and 1.4 million white children, according to the Center on Poverty & Social Policy at Columbia University. Overall, the credit led to an estimated decline of nearly 30% in child poverty.

Giving up on expanding the child tax credit would be a disaster for poor people. This is much too important to leave out of #BBB. Because of the #CTC, child poverty fell by 40% - a key investment in our nation’s future. Make it happen! ⁦@civilrightsorg https://t.co/guB7kysZBk

The expiration of credit comes at an exceptionally rough time for families. Inflation is sending prices, especially food, way up, and the Omicron variant has forced many people to take time off from work to take care of sick loved ones.

“This is a moment when those benefits would be even more important than they were six months ago, in many respects, and they are no longer there,” Zachary Parolin, senior research fellow at the Center, told CNN.