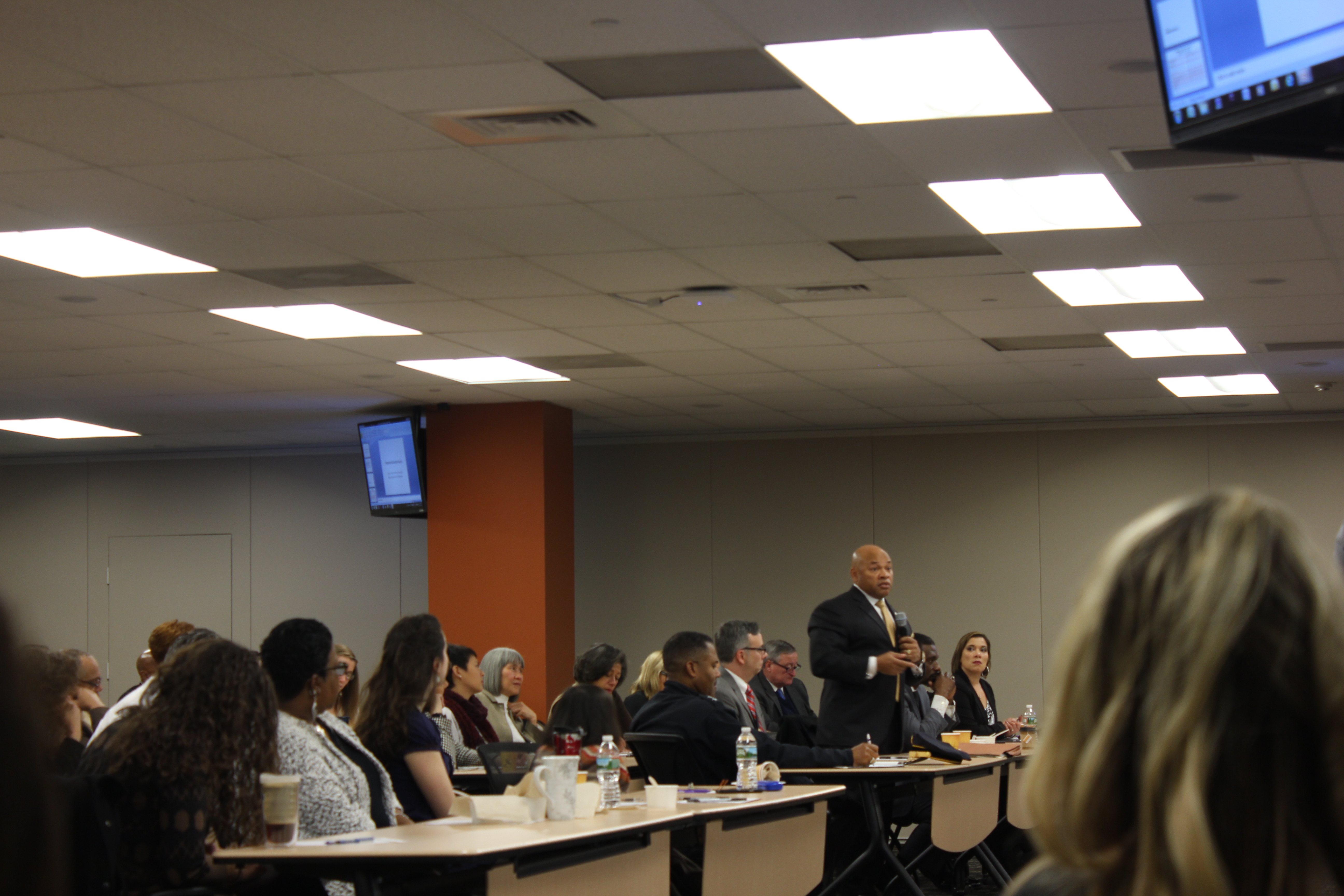 On Wednesday, Mayor Kenney’s Opioid Task Force met for the first time. Set to tackle the rise of the use of prescription and street opioid drugs, the task force is comprised of council members, law enforcement agencies, and other community leaders.

On Wednesday, Mayor Kenney’s Opioid Task Force met for the first time. Set to tackle the rise of the use of prescription and street opioid drugs, the task force is comprised of council members, law enforcement agencies, and other community leaders.

Comprised of 5 subcommittees, the task force is charged with devising a plan for the city to prevent usage, distribution, overdosing, and addiction in relation to prescription drugs and heroin.

Facing budget cuts, the constant flow of addicts with air bridge, and the financial strength and backing of pharmaceutical companies, many members of the task force stressed that any efforts or recommendations they make will have to be comprehensive and community involvement.

“We’re all in and resources are available. Every community in Philadelphia, as we know is very unique and different and the feedback from the community is extremely important so we are working collectively with different neighbors to hear and listen and work with and partner with,” Joana Otero Cruz stated.

A report presented at the task force meeting mentioned that in addition to the external influences making it difficult for the city to get a handle on the problem, compared to other cities, Philadelphia heroin is the purest and cheapest in the region.

Though aware of the obstacles they face, most members of the task force seem fully confident as they move forward in the effort to get a handle on the crisis facing the city. “As far as cities go, we have the richest arena in the country as far as [treatment] access goes,” said DBHIDS Deputy Commissioner Roland Lamb.

However, certain members do not seemed settled now of into the future. Councilman David Oh brought up concerns in regards to state funding cuts in reaction to Mayor Kenney’s order to keep the city as a 4th Amendment or “sanctuary” city.

“I think there’s a question of one, where’s the funding to actually implement these programs, and two what is the strategy for obtaining state and federal funds that we need and is there a way to communicate with people and start connecting the dots to any type of funds, since a cut to funds in Philadelphia will widely affect a variety of services including an effort to address heroin and opioid drug addiction.”

Other members of the task force highlighted that the task force would charge ahead, and formulate a budget and plans outside of the Mayor’s budget plans.

The Opioid task force is set to meet bi-weekly and discuss solutions in the coming weeks.