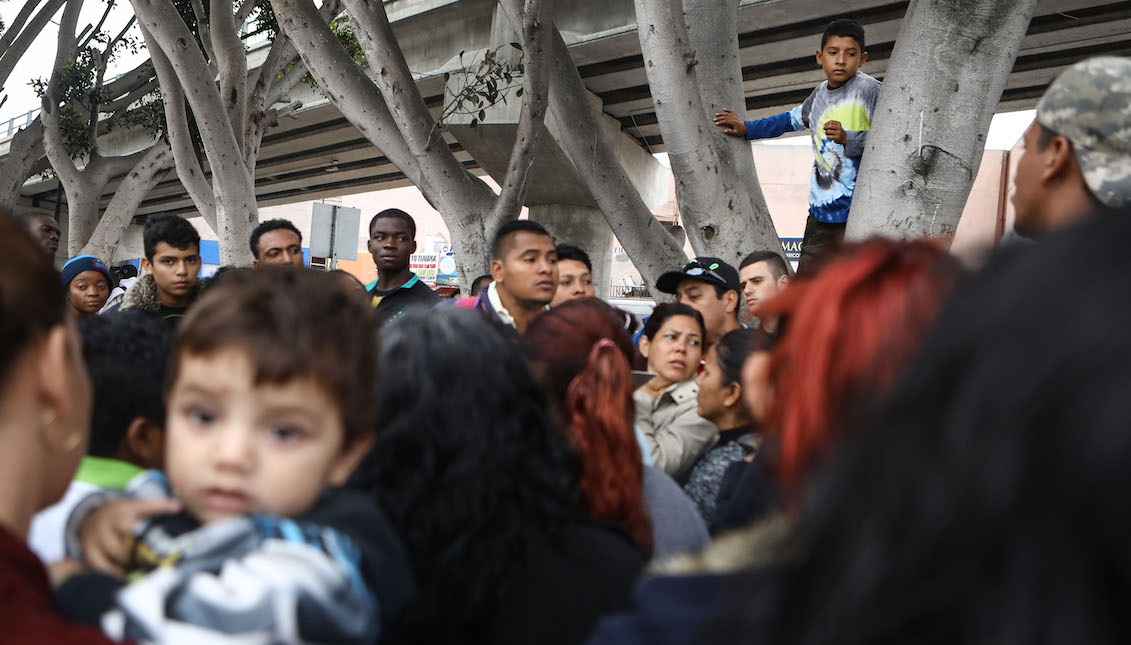 TIJUANA, MEXICO - JUNE 20: Undocumented migrants gather to hear information as they await asylum hearings outside of the port of entry on June 20, 2018, in Tijuana, Mexico. (Photo by Mario Tama/Getty Images)

Several studies have dismantled the president's favorite stigma against the undocumented community. The persistence of the myth is thus reduced to just…

To say that Donald Trump inaugurated his presidential campaign speaking against undocumented immigrants is to fall into repetitions. But some things should not be forgotten.

The construction of a border wall with Mexico, the reduction of the Hispanic community to divisive stereotypes from his campaign and the consequent anti-immigrant policies of his Administration, has further accentuated the myth of immigration = crime in the United States.

However, the New York Times has brought to light new studies that break the president's argument entirely.

Through data obtained by the Pew Research Center and the Marshall Project on the undocumented population, and after comparing them with crime rates published by the F.B.I., the figures show that there is no relationship between both samples.

"A large majority of the areas recorded decreases in both violent and property crime between 2007 and 2016, consistent with a quarter-century decline in crime across the United States," the Times explained.

"The analysis found that crime went down at similar rates regardless of whether the undocumented population rose or fell. Areas with more unauthorized migration appeared to have larger drops in crime, although the difference was small and uncertain," it added.

Even so, and for the benefit of the skeptics, the measurement of the undocumented population in the United States is not a simple matter, for obvious reasons.

The Times explains the statistical procedure to find the figures, where the Pew Research Center "subtracts Department of Homeland Security counts of immigrants with legal status from the number of foreign-born people counted by the Census Bureau," which is called "residual estimation method."

With the addition of the question of citizenship in the 2020 census, these estimates will be practically impossible.

Previous studies had already established that there was no link between immigration and crime; on the contrary, undocumented immigration is associated with "slight decreases" in these rates.

Likewise, studies such as that of Citi G.P.S., published in September of last year under the title "Migration and The Economy," have determined that the economic growth of the United States "would have been approximately 15 percentage points lower than it really has been," if not for immigration.

In one way or another, and while the White House hosts a government that does not believe even in Climate Change, the numbers will remain in the studies, and political verbiage will continue to set the general tone.