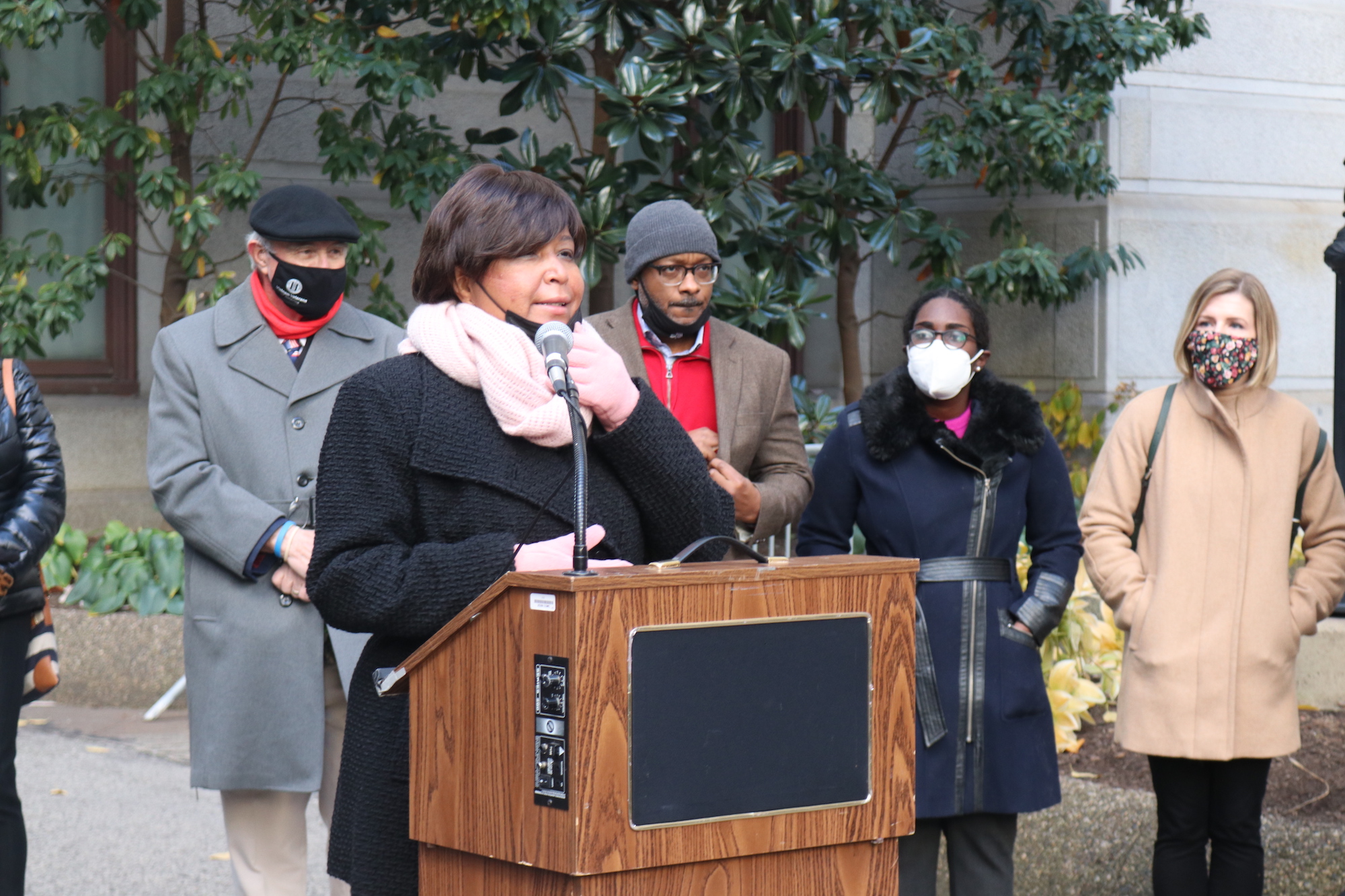 The new legislation bans members from making more than $25,000 from side jobs and changes rules around disclosures and conflicts of interest.

A little more than two weeks after appearing at a press conference in the City Hall courtyard — partnering with PA State Rep. Jared Solomon on the People Over Politics Petition — Councilmember María Quiñones-Sánchez is putting into action some legislation she hinted on the day.

On Thursday, Dec. 16, she introduced a new bill in City Council that is the first real legislative response to the fallout of the Johnny Doc trial.

Henon collected an annual $70,000 salary from the union in addition to his six-figure Philadelphia City Council pay. That compensation was what jurors determined Dougherty used to have essentially bought Henon’s seat on City Council.

Quiñones-Sánchez has long been a critic of Henon — ever since his charges were announced in 2019 — and Local 98 for the control it often wrested over City Council.

Her new bill hits right at the heart of Henon and Dougherty’s trial, and also tries to balance what members of City Council need to disclose about outside business and potential conflicts of interest.

Under the legislation, councilmembers would be banned from making more than $25,000 a year from outside work and require them to provide a more detailed statement when describing that employment.

The reason for more details is to better determine the potential conflicts of interests that could arise when voting on bills in council.

When it comes to financial interests, Quiñones-Sánchez’s bill tightens rules around how to determine a conflict of interest if it also affects a wide range of people.

As the Philadelphia Inquirer cited: “‘the fact that others may have similar financial interests’ does not mean a member does not have a conflict of interest.”

Currently, only three councilmembers hold outside jobs: Councilmembers Brian O’Neill, Derek Green and Allan Domb. However, O’Neill was noted by the Inquirer to no longer being paid by the law firm Fox Rothschild. Councilmembers Isaiah Thomas and David Oh also have stakes in small businesses.