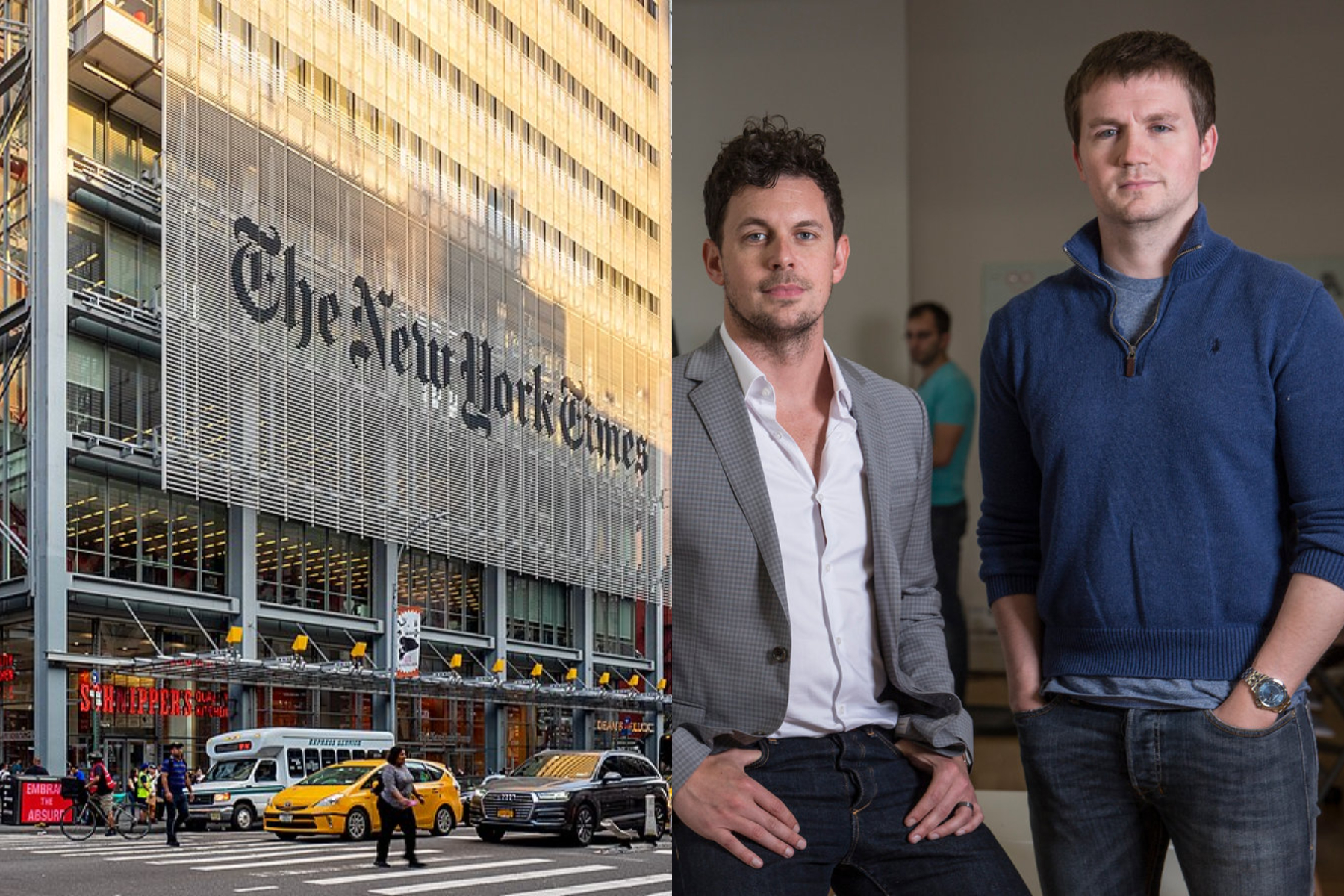 The New York Times headquarters and the founders of The Athletic. Photo Credits: Wikimedia Commons/The Athletic.

The $550 million acquisition is the newspaper’s latest move to expand its audience and subscribers.

The New York Times announced Thursday, Jan. 6, that it has struck a deal to acquire the sports news subscription site, The Athletic.

The deal is valued at $550 million, and is expected to close in the first quarter of 2022.

“Acquiring The Athletic puts us in a position to be a global leader in sports journalism and offer English speakers around the world another reason to turn to the Times Company to meet their daily news and life needs,” said Meredith Kopit Levien, president and CEO of The New York Times Company, in a press release.

While The New York Times already provides distinctive sports coverage for a general interest audience, the new acquisition can go a long way towards helping The Times expand its sports coverage to a wider audience.

Over the past three years, The Times has rapidly grown its consumer subscription business, doubling to about 8.4 million paid subscribers across its digital and print platform in that time period.

“Strategically, we believe this acquisition will accelerate our ability to scale and deepen subscriber relationships,” said Levien, adding that The Athletic “is a great complement to The Times.”

She also noted that The Times currently has a goal of reaching 10 million subscriptions by 2025.

“The Athletic helps further our vision of making The New York Times the essential subscription for every person seeking to understand and engage with the world,” said Levien.

The Athletic was founded in January 2016 by entrepreneurs Alex Mather and Adam Hansmann, with the goal of providing sports coverage for fans through a subscription model.

“We started The Athletic to bring fans closer to the teams, players and leagues they love through deep, immersive journalism and storytelling,” Mather and Hansmann said in a statement on Thursday.

The site has since grown to over 1.2 million subscribers, as of December 2021.

In a statement about the new deal, Mather and Hansmann announced that no changes will be made to existing Athletic subscriptions.

“We will continue to invest in our world-class newsroom and the local and national coverage you can’t get anywhere else,” they said.

Under its ownership, The Athletic will be operated separately from The Times’ newsroom and sports section. David Perpich, a longtime senior executive at The Times, will be publisher.

The Athletic currently employs about 600 employees — roughly 400 of which in its newsroom — making it the second-largest employer of sports journalists in the country, behind ESPN.

For those of us at The Athletic, it is an exciting, emotional day. We are all thrilled to join the New York Times Company. A big thank you to the subscribers who believed in us, and to our founders, Alex Mather and Adam Hansmann, who started this company only six years ago.

This impending acquisition marks just the latest for The Times in recent years.

In 2016, The Times purchased The Wirecutter and its sister site, The Sweethome, for over $30 million, and four years later acquired Serial Productions for more than $25 million, as well as the app, Audm.