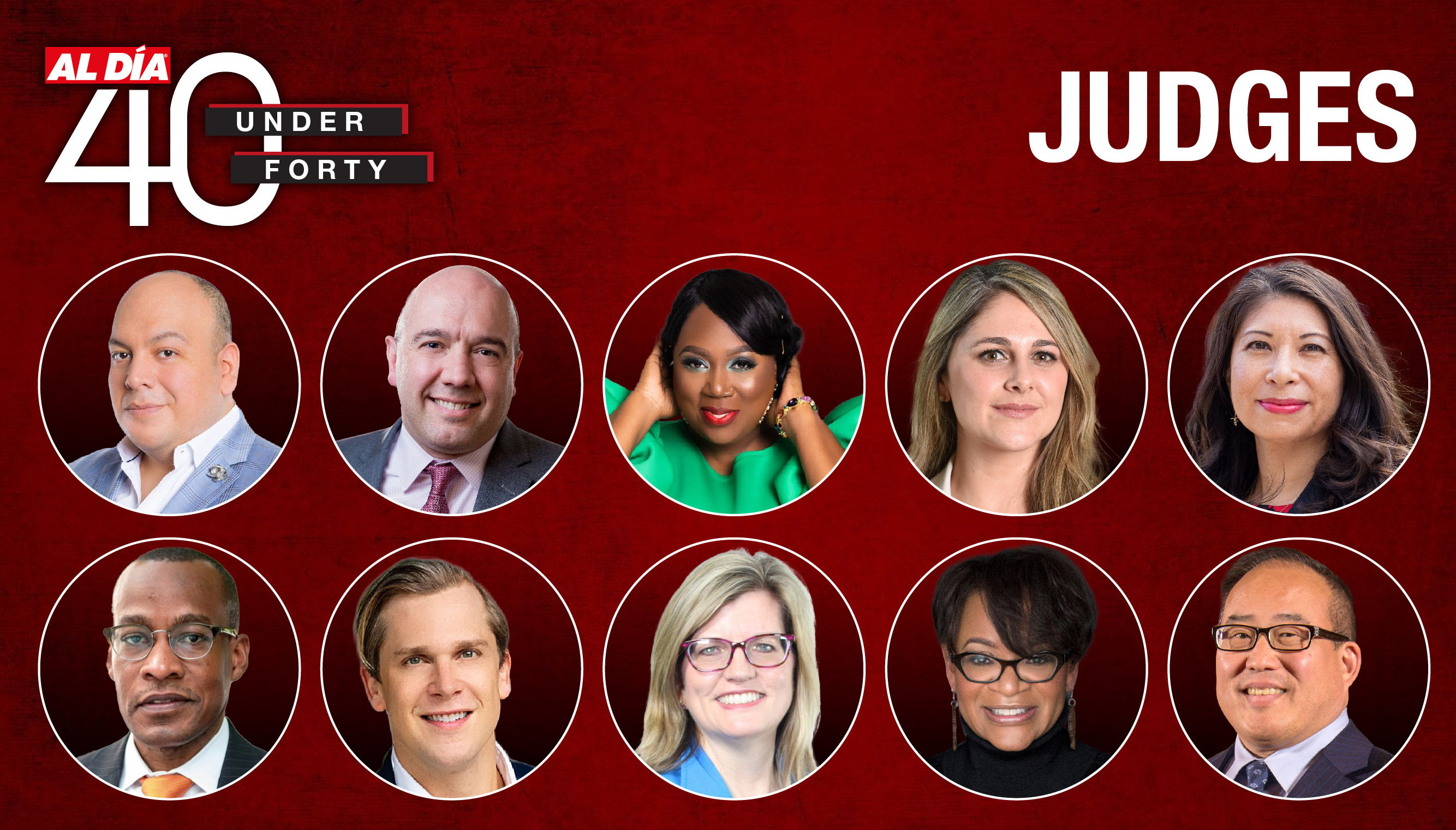 These diverse leaders of the Philly region have the task of selecting the 2022 AL DÍA 40 Under Forty honorees.

The third edition of the AL DÍA 40 Under Forty event is less than two months away.

The nomination period has come and gone. As a result, the process has begun to make the selections for the 2022 AL DÍA 40 Under Forty honorees.

The honorees will be selected by a group of esteemed professionals throughout the city who serve as part of the judging committee for the event.

These are the judges for this year’s AL DÍA 40 Under Forty event:

These 10 judges are a reflection of the diverse leadership that exists across the various sectors and industries within the city, also reflecting the overall diversity of our city’s population.

“Philadelphia is a melting pot of diversity that needs more leaders that look like the communities they serve,” said Contreras.

The purpose of the 40 Under Forty event is to promote, showcase and highlight the diverse and impactful young professionals and up-and-coming leaders across the Philadelphia region, an endeavor that holds considerable weight.

“The diversity of our community contributes to its strength and richness, and it is important for us to understand the existing and emerging leaders in each of our communities,” said Gehrman.

The media has a crucial role to play in ensuring that discrimination, bias, and other acts of oppression against diverse groups don’t become normalized.

“These negative, distorted and imbalanced images create perceptions that can influence a person’s behavior,” said Dr. Harrison, adding that as a result, it becomes difficult to connect and empathize with members of that particular group and see their value and contributions.

The 40 Under Forty event is designed to show exactly that. The goal is to shine a light on the positive attributes and contributions of the region's young professionals.

“I am grateful to AL DÍA for taking a bold stand for social justice by countering these negative, distorted and imbalanced images with positive, balanced images of our diverse community,” Dr. Harrison added.

Like all cities, Philadelphia is a work in progress and continuing to move forward from the effects of the pandemic.

“Philly is going through a real rough patch right now. It needs all of the positivity that it can get and so having an event like this lifts up the whole city and shines a light on the positive,” noted Linkowsky.

Both the present and future of the city will be heavily influenced by the quality of work that is being done today.

While going through the nominees, the judging committee shared a feeling of inspiration for the impactful contributions being displayed for our region’s young leaders.

“It was inspiring to read about people from different backgrounds and communities making a difference through their professions and personal passions,” said Gehrman. “There is so much work to be done in every part of our world, and it is great to see how these individuals are contributing in their creative ways.”

In Contreras' case, it's brought him a personal level of pride, seeing that work that is being done.

“Being a first generation Mexican American, it gives me a since of pride to see these diverse young professionals accomplishing great things," he said.

The honorees of this year’s AL DÍA 40 Under Forty will represent a variety of different professions and industries, each one as important as the last.

In a similar way in which the younger generation have been influenced by previous generations, the work of this generation will be seen and inspire the next generations to come.

“We always have to think and be thoughtful about future generations,” said Linkowsky. “Every time they see someone like them doing various professions and being successful it makes all things possible to those children.”

The first of four groups of 2022 AL DÍA 40 Under Forty honorees will begin to be announced later this week.

The 2022 AL DÍA 40 Under Forty celebration will take place Friday, August 26 at 5:30 pm at the Vie by Cescaphe. To secure your seat for the special event, click here.

TAGS
GregoryContm.r2.919.9.1
I am making $165 an hour working from home. I was greatly surprised at the same time as my neighbour advised me she changed into averaging $ninety five however I see the way it works now. I experience masses freedom now that I'm my non-public boss.
That is what I do__________ 𝐖𝐰𝐰.𝐏𝐚𝐲𝐬𝟏𝟏.𝐂𝐨𝐦
xinesel135
=❤️= [ JOIN US ]
I get paid more than 💰$100 to 💰$700 per HOUR for working online. I heard about this job 3 months ago and after joining this I have earned easily 💰$35000 from this without having online working skills .. Simply give it a shot on the accompanying site…