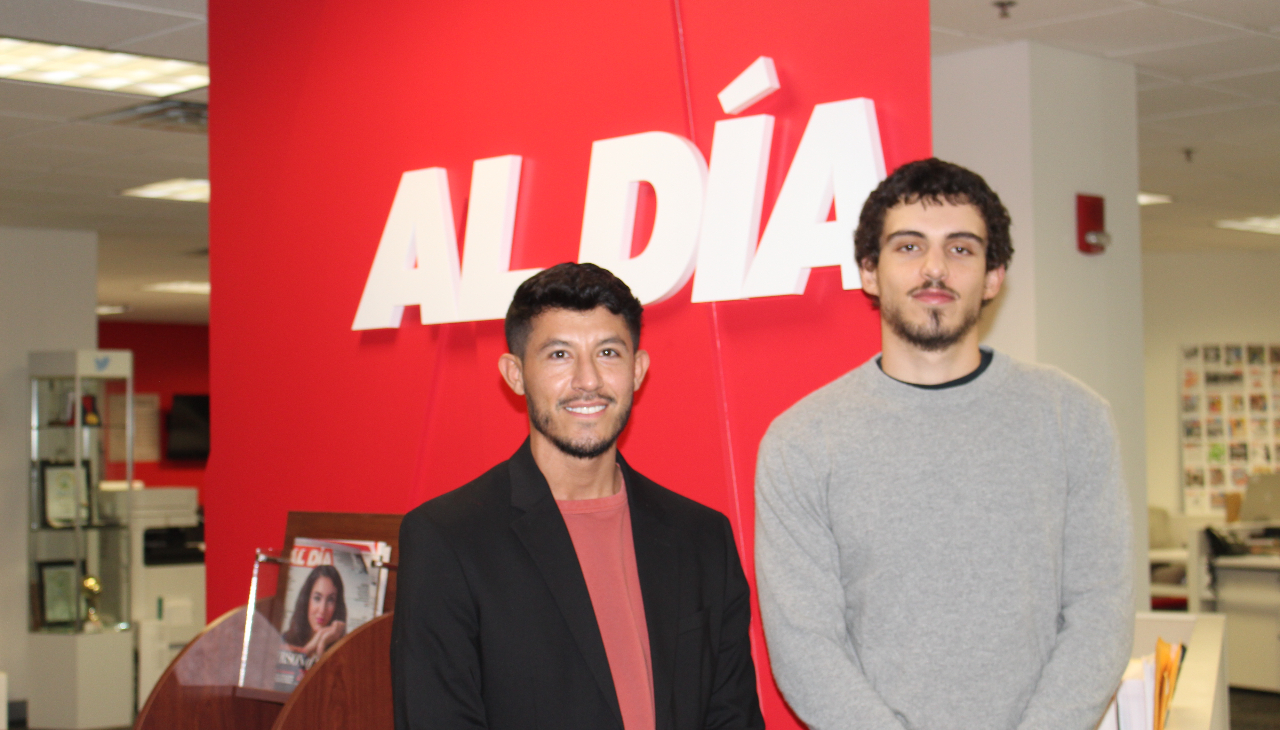 Martin Alfaro will be AL DÍA’s first-ever general manager, and Alaitz Ruiz-Arteagoitia will be the new manager of business development.

As AL DÍA kicks off an exciting 2023 poised for more growth and more unique stories documenting the best of the American Multicultural experience, it has also announced the promotions of two longtime members of its business development team.

Martin Alfaro, who had served the past two years as director of business development, is now AL DÍA’s first-ever general manager.

“Being named the first General Manager for AL DÍA News comes with a huge responsibility, but one that I take very seriously — with humility, great pride and honor,” said Alfaro.

In the new role, Alfaro is in charge of building relationships with corporations, government, foundations and various other stakeholders to expand AL DÍA’s visibility and financial growth.

Since first arriving to AL DÍA in January 2019, Alfaro has been “committed to the long-run,” intrigued by the nature of the business, its challenges and opportunities, the editorial agenda, but above all, the opportunity to work under the tutelage of AL DÍA founder and CEO, Hernán Guaracao.

“He’s the visionary behind a movement that was created to tell a different story about the U.S. Latinos and multicultural people — a story that I know well because I live it everyday,” said Alfaro.

Since joining the company, Alfaro has used the AL DÍA platform to empower others to share their stories. This promotion will allow him to do so in an expanded capacity.

The general manager role will also include overseeing both the business development and events department, and personnel matters — all with the goal of improving the company’s overall operations.

“I am beyond happy and excited to be trusted with growing this legacy,” Alfaro added. “I pledge to continue working hard to ensure AL DÍA News grows and that our platform becomes more accessible and relevant across the country.”

Alfaro is a graduate of Indian River State College, where he earned his bachelor’s degree in organizational management. He is currently in the process of pursuing a master’s degree in business leadership.

From Intern to Manager

He credits his nearly four years with the company for helping him grow both professionally and personally, crediting his tenure for helping him learn about the media and business world and corporate America.

“My time here has given me great insight into how the professional world looks across the board,” said Ruiz-Arteagoitia.

For him, his new role comes down to the belief that the company has increased trust in him to lead as he has climbed the ladder within the business department.

“I was blessed to be in a highly autonomous position throughout the first years of my time here,” he said. “Now this promotion signifies added responsibility, and confidence that I will be able to pass down some of the knowledge and experience to new colleagues.”

The latter part is of critical importance, as the new role will see Ruiz-Artegoitia manage the company’s business development team, which is set to grow in the coming months.

A celebration of extraordinary Philadelphians and distinguished global citizens
December 15th, 2022
Latino TV legend John Quiñones visits AL DÍA, tells the story of his career to its 2022 Félix Varela fellows
September 7th, 2022
2022 AL DÍA 40 Under Forty: A Glance into what the Future of Philadelphia leadership looks like
August 29th, 2022

As a new leader within the AL DÍA structure, Ruiz-Artegoitia has had time to reflect on how he defines a leader, a title he believes holds fluidity depending on circumstances.

“I consider a leader to be not just someone who provides organization structure with a plan [and] commitment to grow their respective organization, but someone who is empathetic and understanding of their team members and is always open to criticism,” Ruiz-Arteagoitia said.

Those are some of the very qualities and characteristics he aims to bring to his newly expanded role.

However, his sights are set even higher.

“I want to be the catalyst that leads to an increase in the number of journalists at AL DÍA with added resources at their disposal, and ultimately have our readership expand exponentially regionally and nationwide,” Ruiz-Arteagoitia highlighted.

Ruiz-Arteagoitia is a graduate of Temple University’s Fox School of Business, where he earned his bachelor’s degree in international business marketing in 2020.

The two promotions represent the latest chapter in the AL DÍA model of selecting homegrown talent from the new generation of professionals to help lead the company into its next iteration.

“As CEO, I am confident this delegation of responsibility to the younger generation will improve our day-to-day operations and will keep AL DÍA growing... as that unique space where our unique brand of independent journalism continues to be possible,” wrote Guaracao in an email.

To this end, Alfaro added, “The best is yet to come."

AL DÍA News Media is a news media company that challenges mainstream media stereotypes of the Latino experience in the United States.

Built from scratch since 1994 — when it started as an 8-page monthly Spanish-language newsletter published from the living room of the founder’s home in North Philadelphia— AL DÍA has evolved over the past 28 years to be a multimedia and multilingual news organization, now based in the financial district of Center City Philadelphia, exclusively dedicated to document the Best of the American Multicultural Experience.