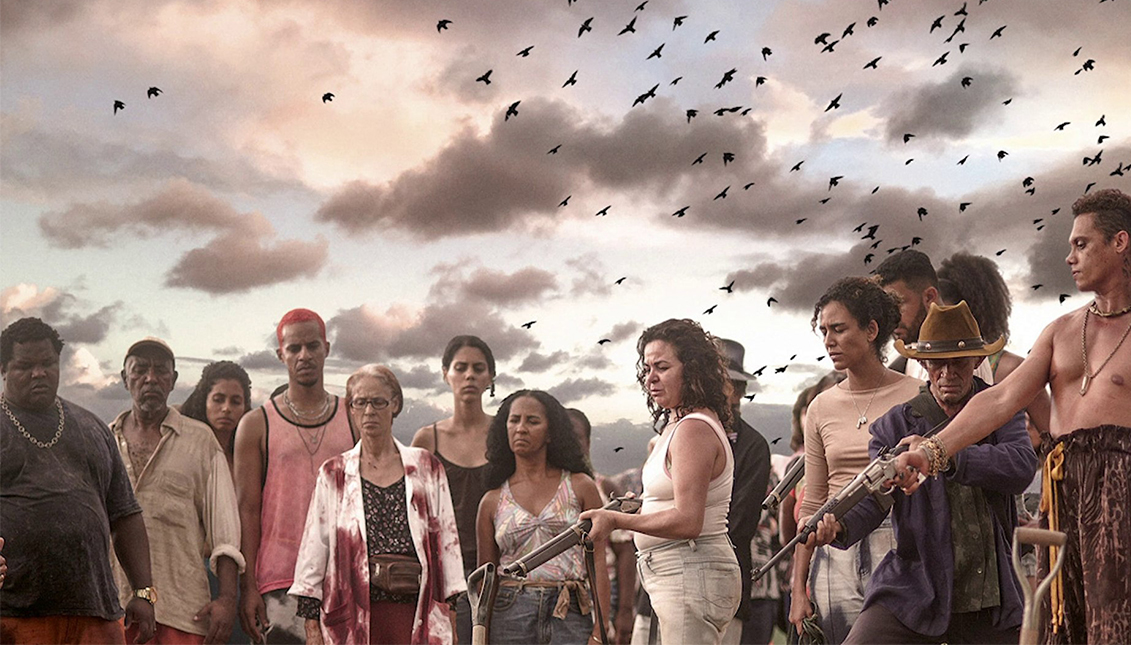 The unusual Brazilian thriller that the quarantine has not stopped

In the midst of the pandemic, cinemas are looking for ways to reach their audiences. The distributor of Bacurau, a mix of western and rural science fiction,…

We live in dystopian times, you've heard that. Times when science fiction movies are as close to life as two peas in a pod. But the protagonists of these films don't 'shrink' from tragedy, they face it. Even in the worst conditions imaginable.

Picture yourself in Bacurau, a rural village in the middle of Brazil, where water has become "white gold" and an armed gang associated with the mayor has put up a dam to control its supply.

Forced to survive at any cost, the residents of this community join together to get a tanker truck. Meanwhile, the mayor hands out books, outdated food, and highly addictive painkillers from his air-conditioned truck in order to maintain his support.

In Bacurau, people are not taken for granted. They live attached to their smartphones and tablets, still thirsty, but the spirit of resistance is what prevails. Of unity. Of common care. Otherwise, ask Dominga (the brilliant Sônia Braga), an alcoholic doctor and moral institution in the village.

Thus, in a nutshell, you can map out Bacurau, by Brazilian directors Kleber Mendonça Filho and Juliano Dornelles, a strange thriller that mixes western and dystopia and follows the path of films like Parasite, as a heavy blow to globalization.

Now that the cinemas have closed their doors in most countries because of COVID-19, other ways of consuming premiere films without having to go through the physical box office have been put into practice.

Kino Lorber, Bacurau's U.S. distributor, has not lagged behind and created a program to emulate the big screen experience as much as possible, allowing audiences to support their local theaters by paying to see the film digitally.

"We have all been pushed into a brave new world of cinema," said its president and chief executive officer, Richard Lorber. "Audiences can continue to watch newly released films and movie theaters can continue to sell tickets for great movie experiences online."

In this way, the distributor is trying to safeguard independent filmmaking and its creators with an initiative that invites filmgoers across the country to do their part and support culture, while immersing themselves in stories like Bacurau's. In the end, confined to our homes, the best way to travel is through fiction.