Meet the creators of the film produced with 'Mucho Mucho Amor'

Everyday, Walter Mercado would grace the screens of Latinx homes across the globe. Mucho Mucho Amor, directed by Cristina Costantini and Kareem Tabsch and produced by Alex Fumero, traces Mercado’s legacy and documents his final moments. The film premiered at the 2020 Sundance Film Festival and will be available soon to stream on Netflix.

The directors and producer of this impactful documentary sat down with AL DÍA for an exclusive interview on Tuesday, January 28th at the Sundance Film Festival.

Question: This year, many Sundance films focused on Latinidad and were produced by Latinx filmmakers. What was your experience premiering at Sundance with a film about one of the most iconic Latinx figures?

Tabsch: It's difficult to put into words the emotions and energy of the first day in particular, because the documentary filmmaking process has taken three years. Following Walter was difficult because Walter is used to being in front of the lens of the camera. And even more [so] because he passed away just four months ago. We had the great privilege to spend three years of our lives with him. So, on the day of the premiere, we were all emotional and he was with us. The family very thoughtfully brought Walter's capes so that we could wear them on the red carpet and during the introduction. So, we had something physically from Walter in addition to all of the emotions.

Fumero: The three of us are bi-cultural. So, one grew up feeling part of two worlds but, at the same time, neither part of one nor the other. But, seeing our film about an bi-cultural icon, someone who is Puertorriqueño and at the same time Latinoamericano-Puertorriqueño and also American, seeing it on the big screen with so many Latino-American people watching it, we felt seen for the first time, or one of the first times. That was one of the big takeaways from the film. Our authentic stories are universal.

Costantini: Being part of the process after his death was very emotional for us. We were all crying during the entire Q&A. He wanted this so bad. He wanted to be here at Sundance. We submitted to Sundance on Nov. 1 and he died on Nov. 2. This has all been a roller coaster of emotions. Question: Walter was a LGBTQIA+ icon. Instead of hiding, Walter was unapologetically queer and fabulous. Everyone loved him even if they were conservative. Could you talk about Walter’s impact and visibility?

Tabsch: Honestly, that was the reason we made this film. Walter means so much to us in different ways. For me, in particular, I grew up a gay man in Miami from a conservative family. Seeing Walter on the small screen being who he was one hundred percent of the time, without shame, without trying to hide, gave me hope. Hope that if my grandma, my family, and my community could love Walter, they could love me. That was the impact as a youth: "It gets better."

Fumero: Latinos and Latinoamericanos are Black, Indigenous, Asian, white, gay, straight, nonbinary, gender queer, everything. There's a great pluralism. There are stereotypes about Latinos and telling this story is an opportunity to show all of the colors [of Latinidad].

Costantini: Walter for me was a connection to my culture. For many Latinos, he’s a connection to our grandmas. For me personally, he’s the same age as my grandma and has similar hair. I grew up in Milwaukee, Wisconsin, where there were not many ways to connect [to Latinidad], but Walter was that.

Question: As filmmakers, you can make and tell any story. What was the inspiration to make a documentary about Walter Mercado?

Tabsch: First of all, it was astounding to us that nobody had made a film about Walter. It is not hyperbole to say that there has never been another personality like him and certainly not in Latin American television. We’ve described Walter as Oprah and Mr. Rogers but dressed as Liberace. At the peak of his fame, 120 million people a day would either watch him on TV, hear him on the radio, or read his horoscopes. He was so inspiring and connected us with our grandparents and generations. He made us seen, whether you were queer or whether you were Latino growing up. And that all of this was based on one simple message: love each other, love yourselves, live and lead your life with love.

Costantini: He’s also just such a gift for any kind of filmmaker because he is visually the most interesting thing in the entire world, he’s hilarious, he’s really smart, and he just loves the cameras. So, being around him is so much fun! He wants the story told just as much as you want his story to be told. It was one of the most fun filmmaking processes. And, the reason why this film hasn’t already been made, I believe, is because there are not enough Latinos in filmmaking. Thank God we made this film when we did because it was the last two-and-a-half years of his life. 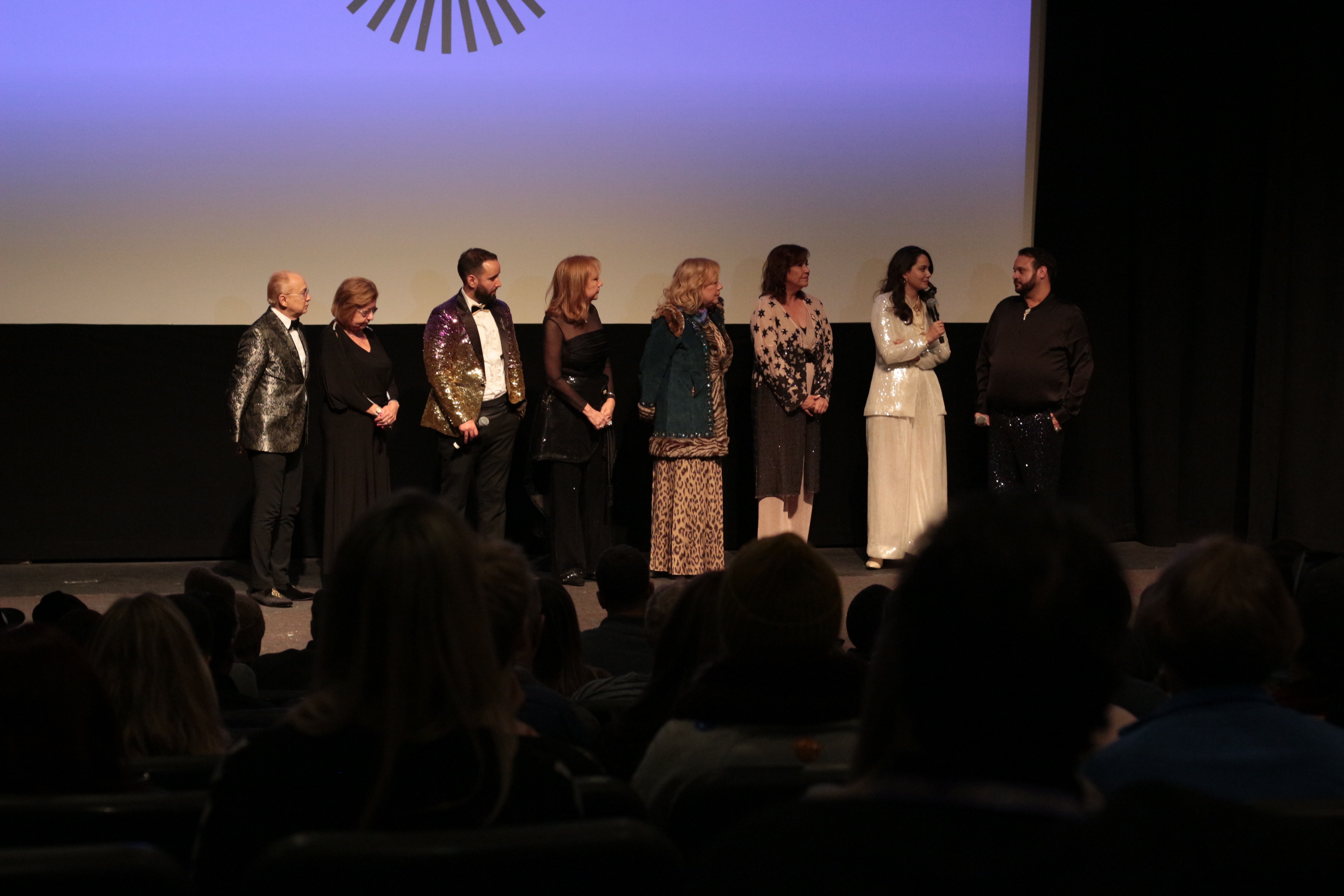 Tabsch: The first time that we met Walter, it was the day before we were going to start filming with Walter. We were all in the room and there were three stairs going downward. We were waiting for Walter for 40 minutes. And he came in, dressed the most simply that we had seen — all in white, with clothes like something from India, with gold glasses. He entered as if from above us, like he was floating on the staircase. We were with him six weeks before he passed away and how much he changed in that time. You can’t escape getting older. A great privilege for the three of us to have spent his last years with him. We accompanied his family throughout the entire funeral. A responsibility and a privilege at the same time.

Costantini: When we began he was like an icon, but now he’s part of our family. Kareem and Alex carried his coffin to his funeral. So we became incredibly close to him and his family. 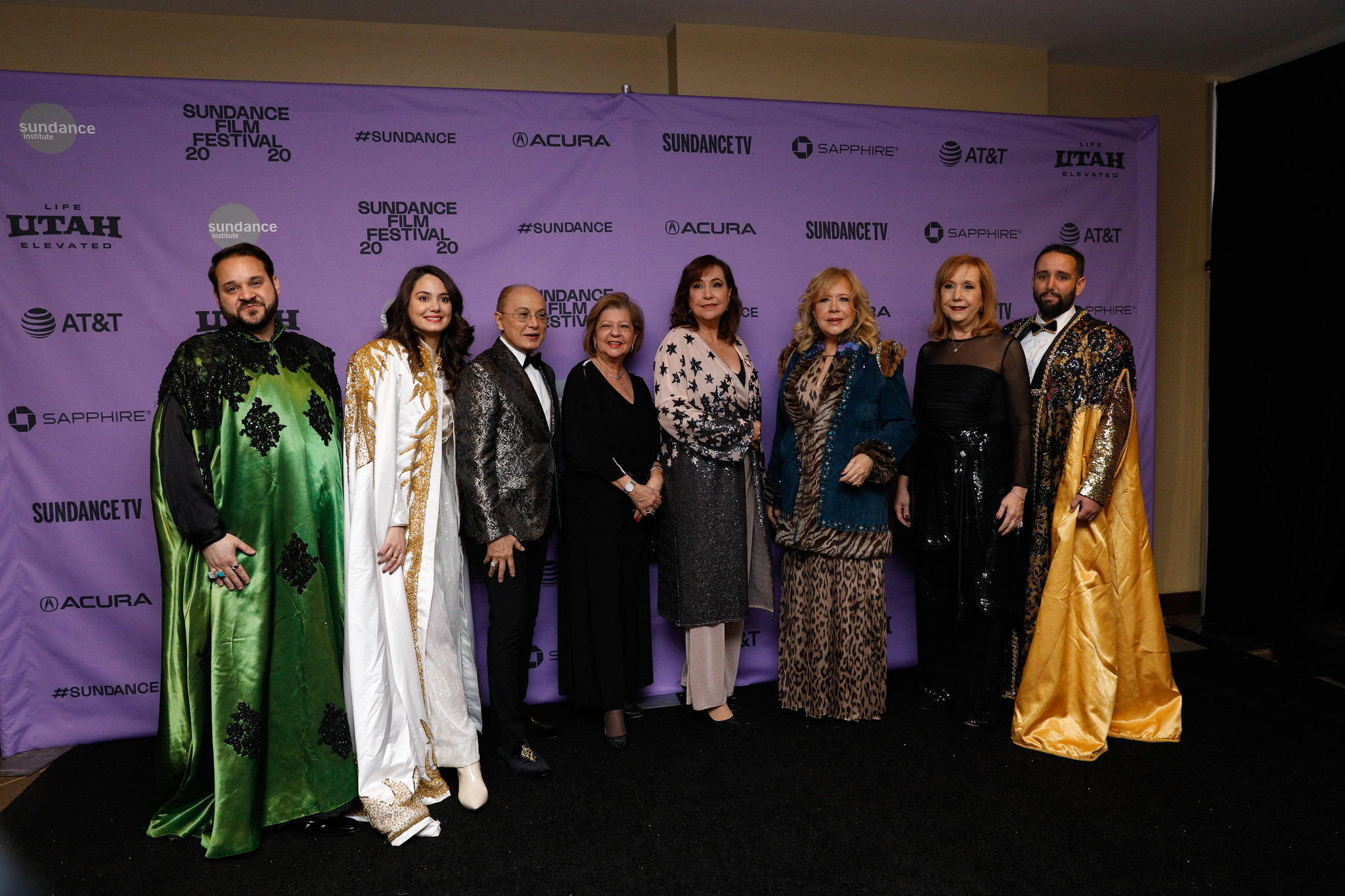 Question: Having spent so much time with Walter and developing a bond, what does Walter mean to you?

Costantini: I think Walter was light years beyond his time. We live in times where so many of our leaders are preaching hate, trying to remind people of our division, and exploit our emotions and fear. But Walter tried to inspire something much more difficult and much more beautiful, which is love. And I think we need Walter’s love now more than we ever have.

Tabsch: I think of Star Wars. Star Wars has the dark side and the light. And it feels like we’re increasingly living in the dark and Walter is this being of light. One of the difficulties in interviewing him is that he didn’t want to talk about the hard times but he was so present living in the present and focused on the positive. What does Walter mean to me? He means being unabashedly yourself. He means leading your life and living your life centered in love and positiveness and kindness.

Fumero: If I said to you, “There’s this guy who’s very ostentatious, likes very shiny things, has ridiculous blond hair and wears a ton of makeup...” you might think of our president. In many ways, to me, Walter is the anti-Trump. He has all of the ability to keep your attention at all times yet he uses that to sneakily slide in these messages of inclusion. Walter would be such a better president.