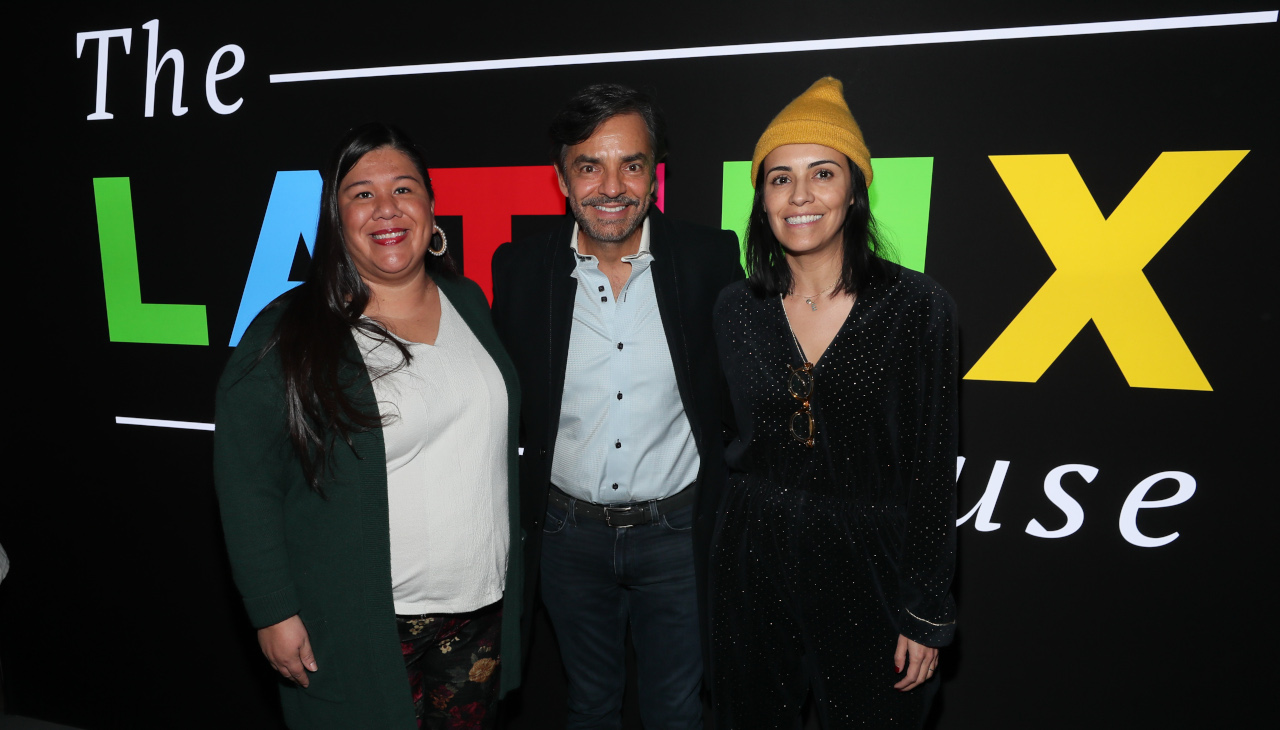 The Latinx House is back at the Sundance Film Festival

The Latinx House returned to the renowned international independent film festival and offered a program of talks and panels to celebrate Latino talent.

The Latinx House’s expanded Sundance Institute partnership highlighted the footprint being made by Latinx creators, and the importance of building a legacy of representation, diversity, and equity in the entertainment industry.

The Latinx House  returned in-person to Park City this weekend to celebrate the community’s filmmaking achievements through a series of expert panels, receptions, parties, and flash talks with creators – including a conversation with Mexican actor Tenoch Huerta (Marvel’s Black Panther: Wakanda Forever), the official premiere parties for both Going Varsity in Mariachi (directed by Sam Osborn and Alejandra Vasquez) and Divinity (directed by Eddie Alcazar and featuring Moisés Arias, Bella Thorne, and more), and a private screening of Sundance Film Festival 2002 selection Real Women Have Curves that helped inspire Latinx creators and community members throughout the years.

In addition to a full schedule of events, The Latinx House and the Sundance Institute partnered to host the Women at Sundance Watch Party in The Latinx House space located at 268 Main St, Park City, UT 84060. The Women at Sundance celebrates the women identifying directors with films in the Festival. This year’s program included conversations with actor and producer Dakota Johnson who narrates the film, The Disappearance of Shere Hite, Maryam Keshavarz director of Persian Version, Noora Niasari director of Shayda, and Sierra Urich director of Joonam.

The Latinx House has continued to officially partner with the Sundance Institute as a premiere Latinx organization working to create a gathering space that celebrates culture, filmmakers, storytellers, the Latinx community and their allies, all working together to bridge the gaps between opportunity and representation. “Creating a space to build community and celebrate our achievements has always been one of our main goals. Our continued collaboration with Sundance is helping us build a bridge to create more opportunities for Latinx creators in the industry for many years to come,”  said The Latinx House co-founder Olga Segura.

The Latinx House program took place from Friday 20 to Sunday 22; while the Sundance film festival runs from Thursday 19 to Sunday 29.