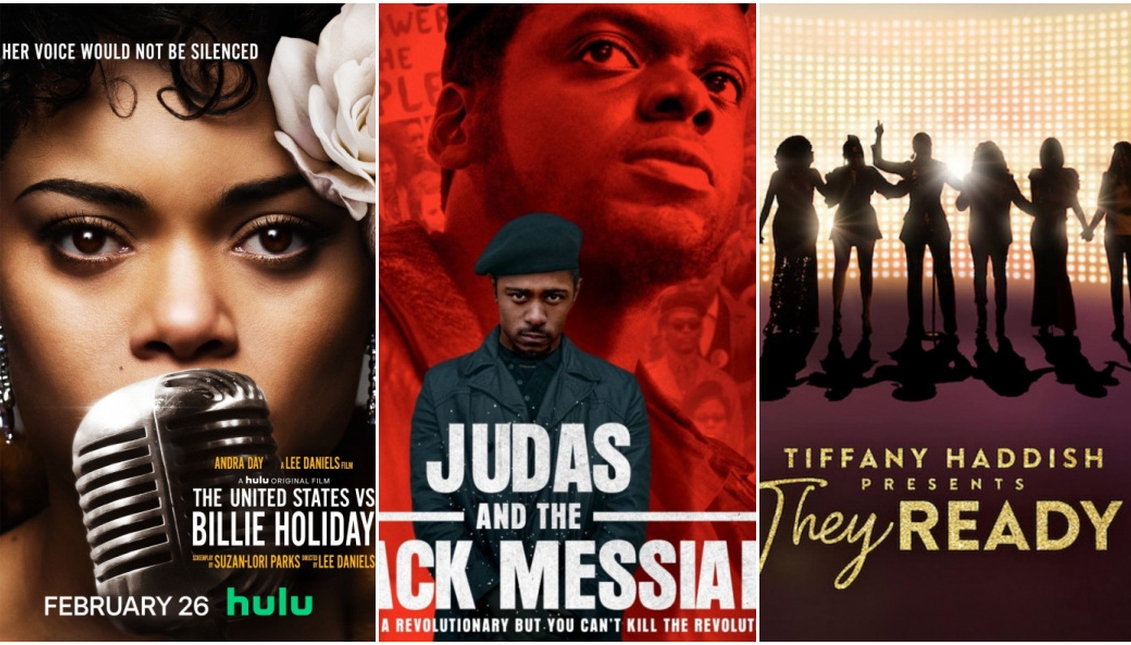 Some of the biggest film and TV releases this month delve into the rise and fall of great African American icons in relation to police operations. Graphics (left to right): The United States vs. Billie Holiday, Judas and the Black Messiah, They Ready

Five movie premieres to delve into during Black History Month

Many releases throughout February reference African-American history and feature members of the new generation of actresses and filmmakers of color.

In this month to remember the African Diaspora and the African-American legacy, there are numerous movie premieres that make reference to this history and feature new sensibilities and voices. Some take advantage of the occasion, but most were delayed from their original release as a result of the COVID-19 pandemic. Also present are echoes of Black Lives Matter that can be felt as much as the pulsating sense of opposition to the government of recent years.

Here are five of the most eagerly-awaited premieres.

1. The United States vs. Billie Holiday

This is not the first biopic to tackle the turbulent life of the famous jazz singer Billie Holiday as she was already played by Diana Ross and Audra McDonald in Lady Sings the Blues and Lady's Day at Emerson's Bar and Grill from 1972 and 2016 respectively.

This time, her figure will be embodied by Andra Day, Grammy-nominated R&B singer, in a film acquired by Hulu, directed by Lee Daniels.

The most important particularity of the film is it is told through testimonies of rehearsals in recent years, and it dares to recreate the romance between Holiday and the federal agent who was supposed to arrest her, thus crossing the line from romance and music to the racial implications of the war on drugs.

Another name for this film could have been Fred Hampton vs. FBI, as it shows the close relationship between the rise and fall of the great African-American icon as a result of a flawed police operation. The film premiered at Sundance and can be seen on HBO Max. It delves into the betrayal of William O'Neal as an informant for the Black Panther Party that culminated in the arrest of Hampton

This multi-platform release from just a week ago is available on Amazon Prime and directed by journalist Natasha S. Alford. The documentary goes to the heart of Loíza, Puerto Rico. Through multiple testimonies, which include artists and anecdotes from the journalist's adolescence, a debate is raised about the narration of Afro-Latinx genealogies, the racism that affects Boricuas, and the roots of the bomba and plena.

Available from today on HBO Max, this comedy series will be a novelty for many, but has been around since 2015. However, after Michaela Coel's success in the hard-hitting I May Destroy You (2020), the platform decided to pick up the rights to this British sitcom that many considered a hidden gem about a woman's passage from adolescence to adulthood and earned Coel a BAFTA award.

The second season of comedians hosted by renowned actress Tiffany Haddish (Black Mitzvah, 2019) that was recognized with an Emmy nomination, promises a new anthology of veterans and up-and-comers including Dean Edwards, Kimberly Clark, Tony Woods, Barbara Carlyle, Godfrey, and Erin Jackson. They are short, 20-minute perfomances intended not only to bring laughs, but also to shift the spotlight.