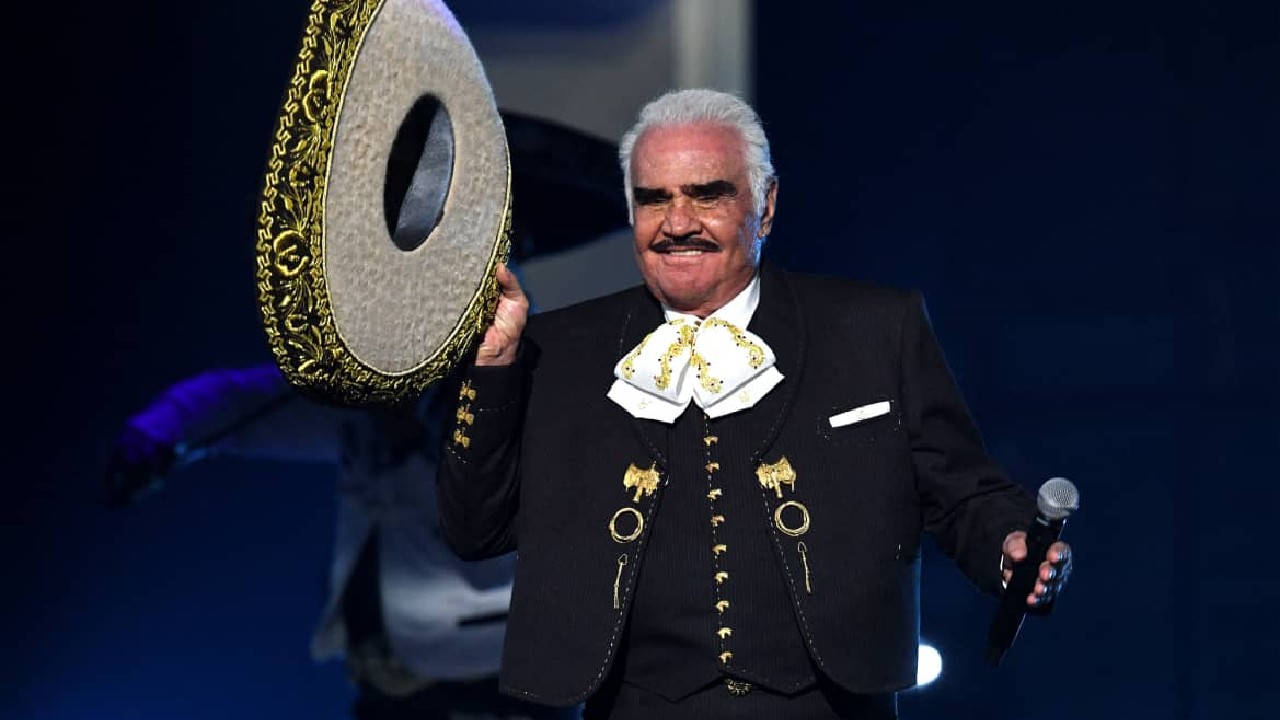 Vicente Fernandez is in "serious but stable condition" in Guadalajara hospital

Doctors at a private hospital in Guadalajara reported that Mexican singer Vicente Fernandez is in "serious but stable condition" after an accident.

Once again, the iconic ranchera singer, Vicente Fernandez is in the hospital. This time, it's due to a fall he suffered on Monday, Aug. 9.

The medical team attending to him at a private hospital in Guadalajara has confirmed that Fernandez's condition is “serious but stable,” and he is in intensive care after undergoing emergency surgery after the accident.

"The current condition of Don Vicente Fernandez is, without a doubt, serious but stable, as is the sequence of the trauma caused by the fall itself, which generated a rachimedullary traumatism at the level of the spinal column," reads a medical statement.

It is known that the 81-year-old singer suffered an accident last Sunday in his room at the ranch "Los tres potrillos," and was immediately transferred in an ambulance to a private hospital in Guadalajara. The medical team attending him informed that after the surgery, Fernandez is on a ventillator and is being treated as a "critical patient" in the hospital's intensive care unit.

The results of the CAT scan and some clinical tests are still pending to determine how his recovery will be and to know its next steps. On Monday morning, the singer's son informed the media that as a result of the accident, his father has injured his cervical vertebrae and had to remain sedated after the surgery.

The singer has been overcoming several illnesses and hospitalizations in recent years, including prostate cancer, the removal of a tumor in his liver, a thrombosis that caused him to lose his voice in 2013 and a surgery to remove three abdominal hernias.

Although he is retired from the stage, the singer continues to be active recording songs, on social media and in some special presentations with his children and grandchildren.