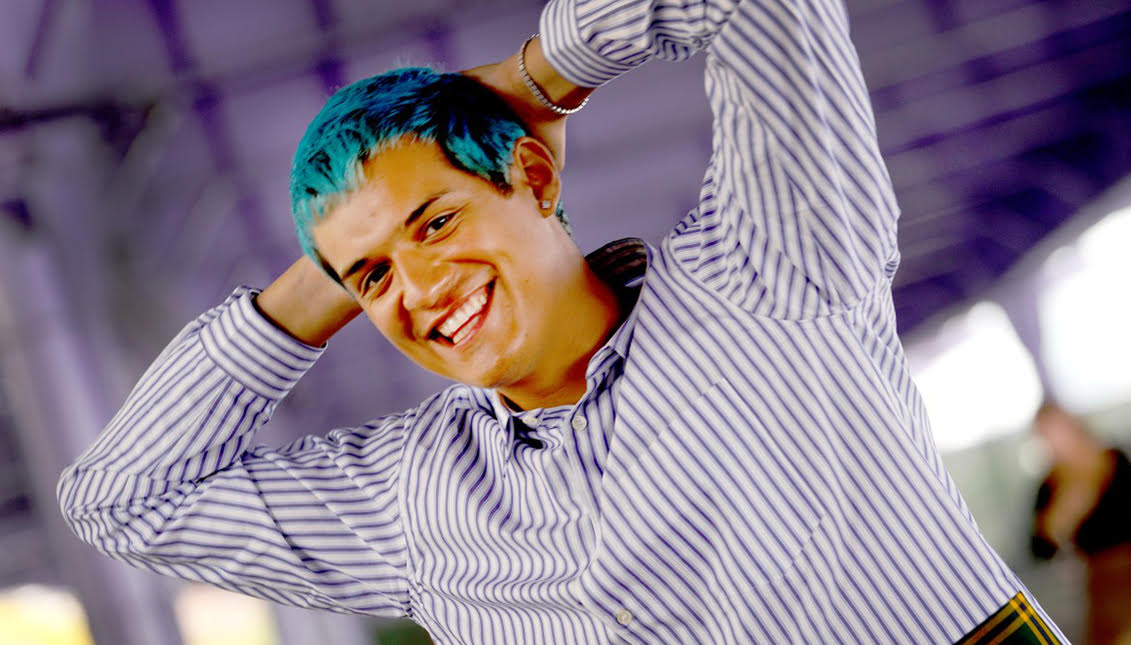 Meet Omar Apollo, The Amazing Voice Everyone is Talking About

Who is Omar Apollo? He’s more than just a guy with blue hair on your Twitter timelines.

He is a Mexican-American that’s breaking barriers in the music industry all while rebelling against gender roles.

They say great things happen when creatives are under lockdown, and that seems to be true for Apollo. In an interview with the Los Angeles Times, he shared that his time in quarantine when COVID hit was when he started creating.

The product of that creating, Apolonio, features funky, playful vibras. In one of the songs on the album, his lyrics are self-aware of the greatness he’s conjuring.

“I’m amazing, that’s what they tell me,” one line read.

That’s the mood we’re trying to have when we wake up in the morning.

The album’s name is actually Apollo’s middle, inherited by his grandfather. Born to immigrant parents from Mexico, he taught himself how to play guitar watching YouTube videos while keeping up with moves on the dance floor at quinceañeras.

Working at a local Guitar Center inspired him to create his own music. When he opened a SoundCloud page and uploaded his first song “Ugotme,” it racked up over 30 million listens as it spread to multiple streaming platforms.

His fame grew quickly, allowing him to share the stage with Chris Perez, Selena’s late husband.

Among Latinx newcomers like Kali Uchis, Apollo is part of a rise in a new Spanish-language generation with soul, attitude, and edge.

When asked about how he identifies in regards to LGBTQ, he brushed it off.

With the new album and the spunk this generation has been brought up with, there is no doubt we will be seeing and hearing much more of Omar Apollo very soon.