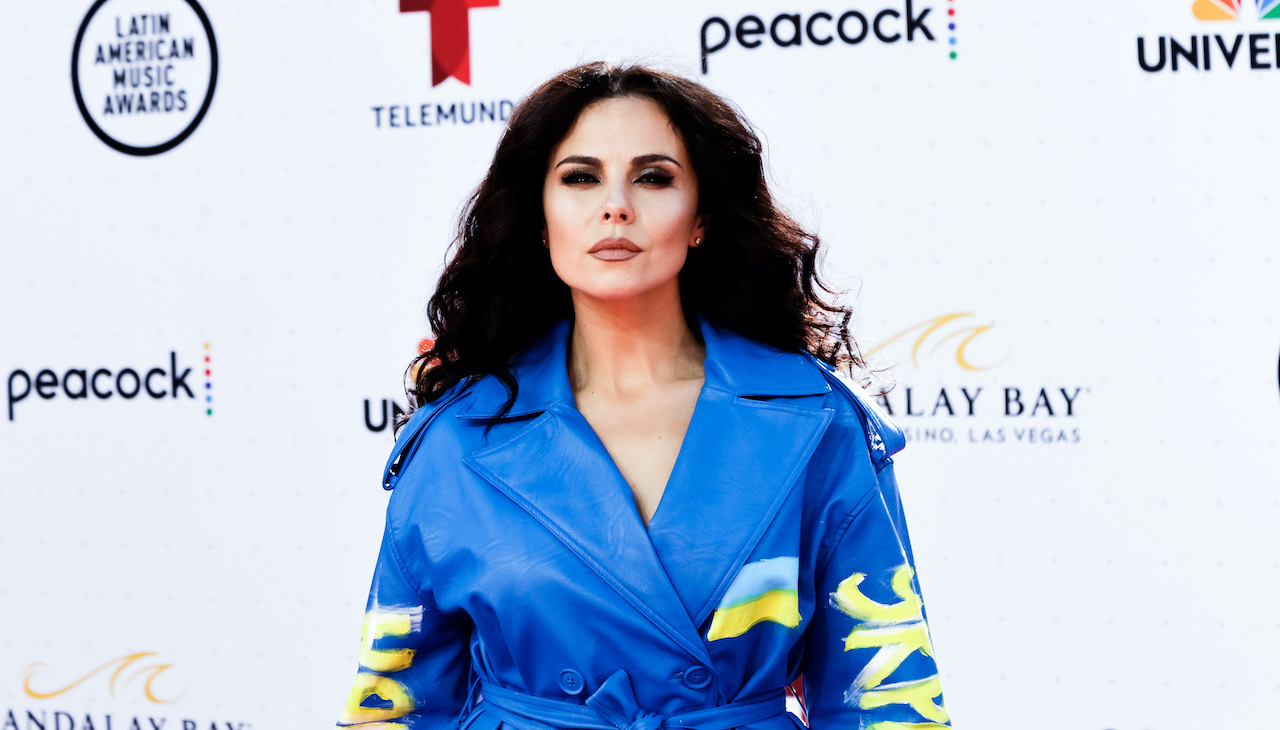 NK on the red carpet ahead of the 2022 Latin AMAs. Photo: Greg Doherty/Getty Images

Known professionally by her initials, NK, Nastya Kamenskykh is a Ukrainian pop and R&B artist.

NK, who speaks Spanish, has over 450,000 monthly listeners on Spotify. The artist’s most popular song, “Elefante,” is performed in more than two languages including Spanish.

The star recently made an appearance at the 2022 Latin AMAs to deliver a passionate address in the form of a PSA.

The Latin AMAs took place this Thursday on April 21. At the event, NK asked the Latin community for help in the ongoing Russian invasion of Ukraine.

NK called the invasion an act of genocide during wartime. The artist asked that Russian President Vladimir Putin’s crimes do not go unchecked.

In NK’s address, she touched on the presence of Latin music fans in Ukraine, anecdotes of Maluma and Rosalía’s individual trips to the country.

The singer’s speech brought perspective to the sometimes bridged worlds between Latin America and Europe. In her speech, NK called music a “global language.”

“If you only knew how [Ukrainians] love and listen to Latin music,” said NK.

The speech ended with instructions on how to donate in support of Ukraine. NK left the stage to a standing ovation.