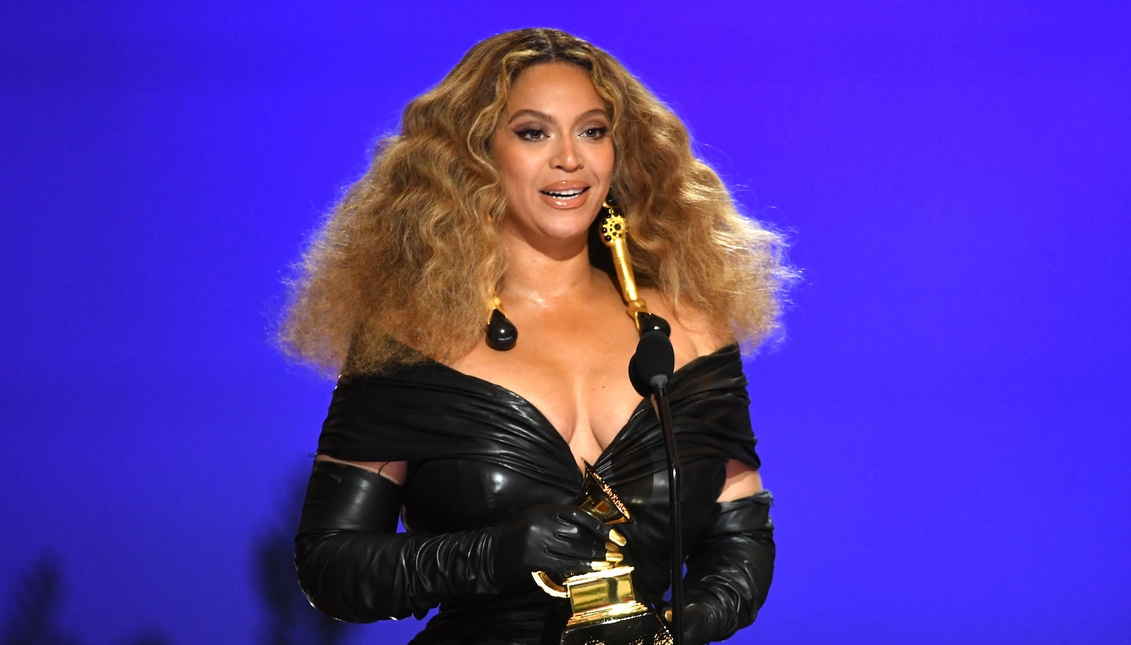 Queen B with her 28th award. Photo: Getty Images

The 2021 Grammys: A record-breaking gala with a powerful Latino presence

The gala was dogged by several accusations and collaborations that dissolved into an evening in which Latinos and African-Americans were omnipresent.

The smiles of the three great pop queens of the night: Beyoncé, Taylor Swift and Billie Eilish, finally dissolved the accusations that haunted the organization in favor of an unforgettable gala.

Queen B broke an all-time record by winning her 28th statuette, while the pop, folk and country princess once again delivered a smashing performance with her third album of the year, which certifies a refined formula.

Previous galas had been crucified by a zoom format that killed the live performances and a lack of transparency and racism.

The expert committees that decide on the 84 nominations and the organization itself have paddled against those precedents in this 63rd edition, with a show presented by Trevor Noah without an audience and five alternative stages.

The accusations of The Weeknd calling the organization "corrupt" and calling for a boycott were also dissipated in a varied and very committed gala, with several performances remembering Black Lives Matter like Lil Baby with "The bigger picture," and an award for the song "I can't breathe" by H.E.R.

Latinos were also a huge presence, and many were the attentive spectators since last week, when Bad Bunny announced that he would be collaborating with Puerto Rican Jhay Cortez to perform "No me conoce," and they did not disappoint.

In fact, the event mesmerized social media users. Waves of memes and reactions of affection and happiness from the artists' fans joined the amazing looks of the night, mainly because of the colorful masks worn by the dancers.

Mask on We love the way the stars have matched their masks to their ‘fits #GRAMMYs pic.twitter.com/DJKQrNH87S

The winner for "Best Latin Rock Album" was Argentina's Fito Paéz, who showed his gratitude and surprise from home after winning two Latin Grammys months ago. The joy comes along with the announcement of a series based on his life and titled El amor después del amor.

As for the queens of the night, the stage exploded when Beyoncé lifted the R&B statuette for Black Parade and surpassed Alison Krauss in number of Grammys. On top of that, her daughter, Blue Ivy Carter, became the second youngest child to win the award for her performance in the video for "Brown Skin girl." Queen B also holds the record for the most nominations.

Taylor Swift also made history with Folkore by becoming the first woman to win the award for "Best Album" three times. It was only one of her five nominations, but the most important considering that she is competing to be an icon of the new folk.

Billie Eilish, only 19 years old, also got her reward for a similar approach with "everything i wanted," although she surprised everyone by saying that the award should have went to Megan Thee Stallion.

Check out the rest of the winners from the evening here.