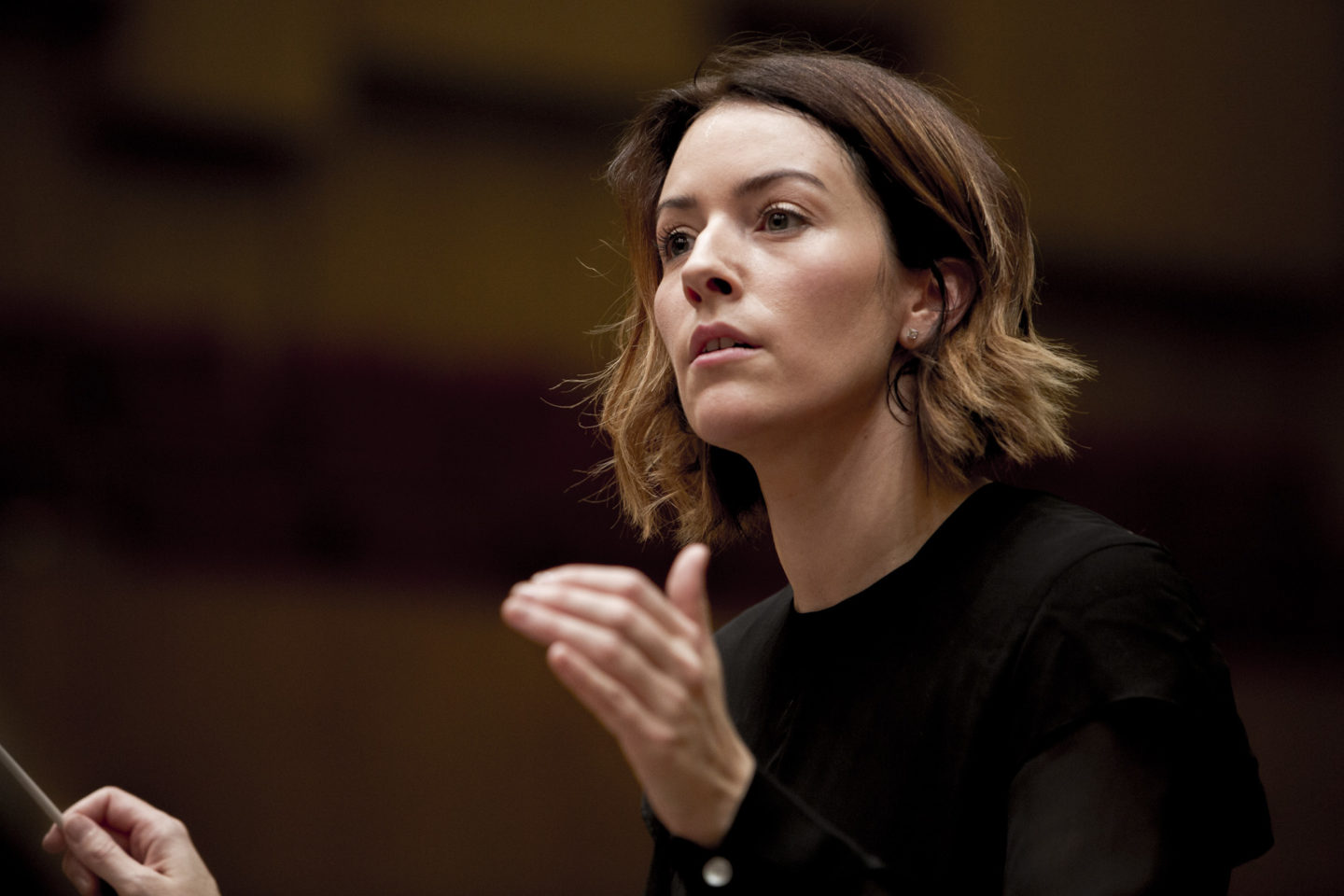 De la Parra, 41, is one of the most prestigious conductors in the world. She debuted at Palau de la Música in Barcelona.

When the Mexico's Alondra de la Parra considered becoming a conductor, she remembers "they were all men, old and European."

"I'm glad that now young women who want to dedicate themselves to this profession have references and don't see it as strange as I did, because equality is natural and we have to return to it," she said.

Those were her words at a press conference held in February to announce her debut in Barcelona conducting the city's orchestra. The two concerts she gave were part of the Emergents Festival, where works by Lili Boulanger, Robert Schumann and Igor Stravinsky ("The Rite of Spring") were performed.

Today, the prestigious Latin American conductor debuts again in Barcelona thanks to an international tour with Die Deutsche Kammerphilhamonie Bremen, an orchestra she knows well following her performance with them during the 2017-18 season. Alongside young award-winning violinist María Dueñas, they will perform Violin Concerto by Sibelius, Variaciones concertantes by Ginastera and Dvořák’s Symphony No. 7.

"I love Barcelona. I've been here for months for a new work I've been developing for six years called Silence of Sound... And the conclusion I've reached is that Catalonia is a mega-fertile land for art," said De la Parra at the press conference last month.

After having conducted more than 100 orchestras in 22 countries, De la Parra is one of the most prestigious conductors at international level today, with the merit of being a woman and Latin American in a world dominated by white and European men.

A passion for music

Raised in Mexico City, she had the good fortune that her parents took her to many concerts: opera, symphonic music, popular music, and it was immediately clear that she wanted to dedicate herself to music.

"In Mexico we have rancheras, we listen to merengue, cumbia, son, salsa... And I listened to everything, I had an exposure to all kinds of music, to son yucateco, son veracruzano and also to the whole tradition of Yucatecan songs, because my family, my aunts, grandmothers and grandfathers, they all sang, they sang in front of the piano, with the guitar and so on. So, for me music has always been a part of life," she explained in a recent interview with RTVE.

At the age of seven, she began to study piano and at 13, did the same with cello. Later, she studied composition at the Centro de Investigación y Estudios Musicales (CIEM) in Mexico, and thanks to her effort and dedication, she was able to enter the Manhattan School of Music in New York as a scholarship holder (she was 19 at the time), where she finished her Piano degree under the tutelage of Jeffrey Cohen. She later obtained a Master's Degree in Orchestral Conducting, this time under the tutelage of Kenneth Kiesler. In both cases, she obtained the degrees with honors.