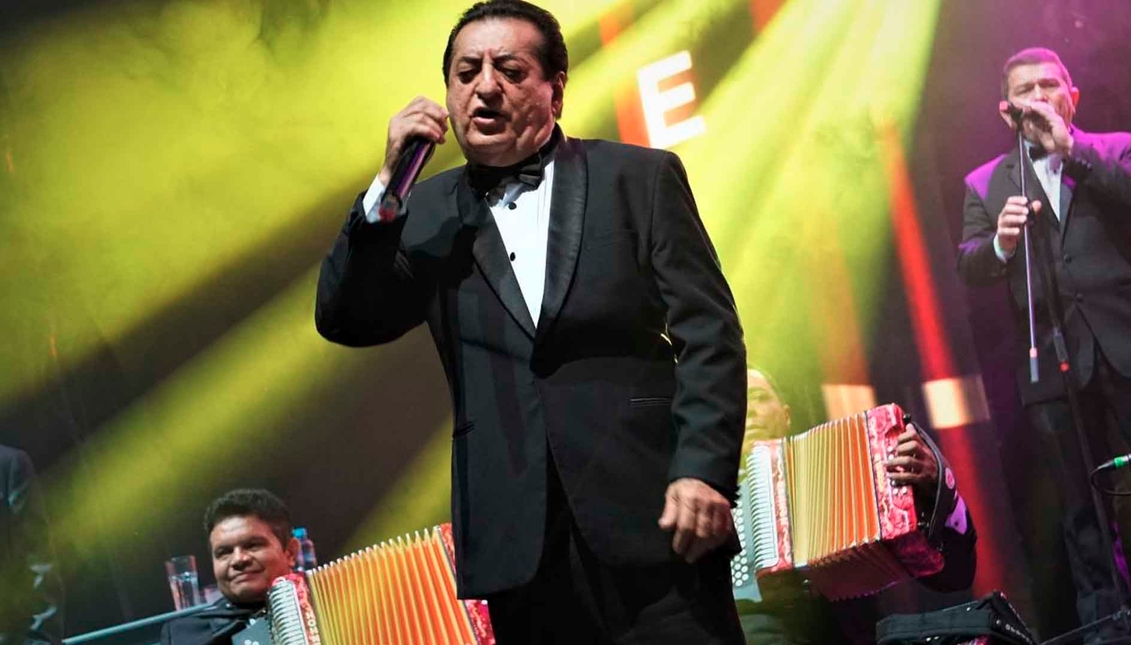 The Colombian singer and vallenato star passed away due to complications from COVID-19.

The popular Colombian singer and composer Jorge Oñate died early Sunday morning in Medellín due to complications arising from a COVID-19 diagnosis. Known as 'El Jilguero de América,' Oñate lost his battle at the age of 71 after spending more than 30 days hospitalized due to respiratory problems to which other complications were added, said his representative Mario Puerta.

For his part, Uribe expressed on the same on social media: "The pains of the soul are added with the death of the noble friend Maestro Jorge Oñate."

On Friday, Jan. 22, the artist was admitted to the Intensive Care Unit of the Cardiovascular Institute of Cesar after testing positive for COVID-19, where he had to be intubated, and was monitored by a group of specialists, who managed to overcome the coronavirus. However, an infection and pancreatitis added to the delicate condition of the artist, who was transferred to the capital of Antioquia on Feb. 23 and hospitalized at the Pablo Tobón Uribe Hospital.

The cultural legacy of the 'Ruiseñor del Cesar' is immense.

He was awarded in 2010 with the Latin Grammy for Musical Excellence, Jorge Oñate began his musical career in 1968 with the group "Los Guatapurí," and a year later he consolidated as vocalist of the group Los Hermanos López. Oñate was recognized for hits such as "El Cantor de Fonseca," "No voy a Patillal," "Nido de amor," "Ausencia," "El corazón del Valle," "El cariño de mi pueblo" and more recently with "El más fuerte."

Oñate marks a before and after for the figure of the singer in Vallenato, who until before his passage through folklore, was a figure that went hand in hand with that of the accordionist.