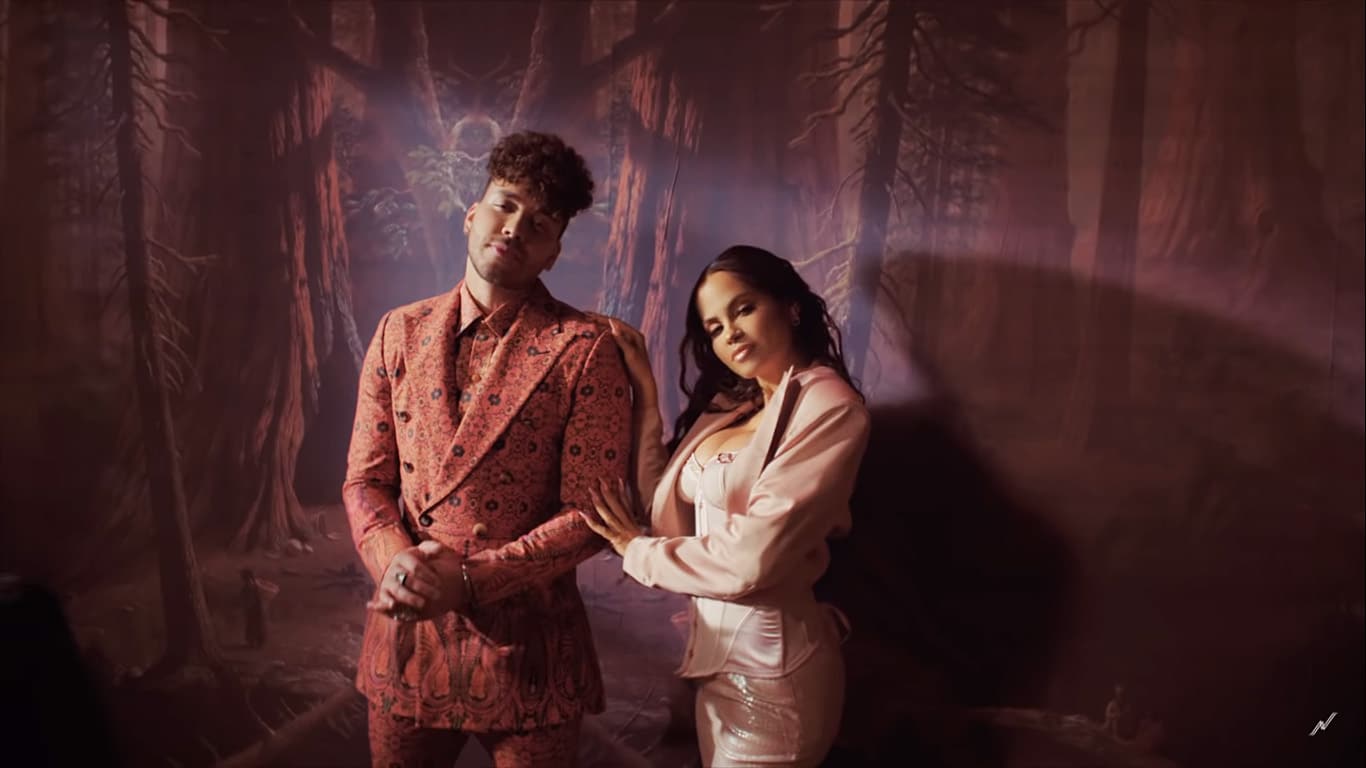 Natti Natasha starts 2021 with "Antes que salga el sol," a fresh track that looks at the future with different eyes in collaboration with Prince Royce.

"Antes que salga el sol" is the latest collaboration between singer Natti Natasha and Prince Royce, and was also one of the most-anticipated songs before its release.

The Dominican duo came together to compose a track published by Pina Records/Sony Music Latin label, with production by the famous DJ Luian, Mambo Kingz, and Rafael Salcedo 'Neneto'.

Fans speculated that Natti Natasha and Prince Royce might release a bachata or reggaeton party track, recalling their previous collaboration on "Ayer Me Llamó Mi Ex." Instead, they surprised with a more pop and smooth-sounding track.

The respect and admiration between the Dominican artists was the key for the process and the success of the song.

"Everything happened in a very spontaneous way. We were shooting a video together, and that night we went to the studio where they played me the song and I wrote and recorded my parts. The process has been magical and working with my compatriot Natti Natasha again is a real pleasure," said Prince Royce.

The seven-time 'Premios Lo Nuestro 2021' nominee premiered the song on Jan. 19 and the video has almost 8 million views on YouTube.