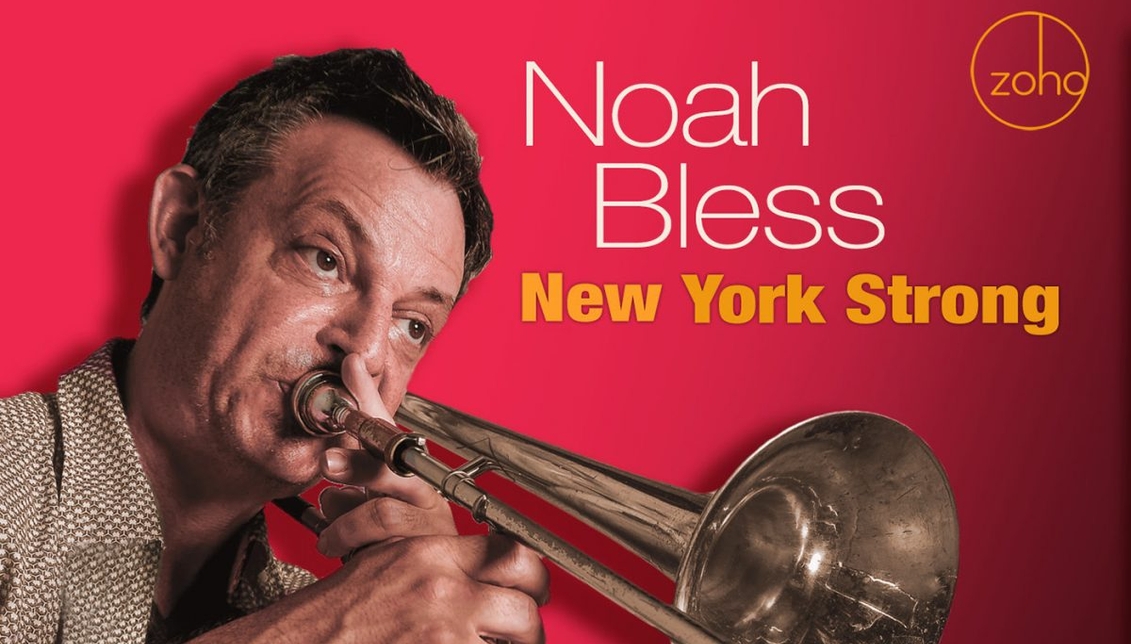 Noah Bless was born in Cincinnati, Ohio, and studied music there until he moved to New York in 1990. Since then, he's been able to work with the likes of Paquito D'Rivera, Mario Bauza, Don Braden, Eddie Palmieri, the Lincoln Center's Afro-Cuban Jazz…

New York Strong: A passionate journey into the heart of Latin jazz

Noah Bless makes his debut as a soloist after working with many major names in the industry, staking his own claim on the essence of the Latin American and…

New York Strong has a passion for early morning dancing and bittersweet sensations like melancholy that calls for resistance. All these passions and more are packed in trombonist Noah Bless' newest album from his label, Zoho, that is a first-class performance entitled: New York Strong: Latin Jazz.

The album wakes up in the track, "Chasing Normal," as if the windows of the house were opened and flooded by a tropical breeze and the smell of coffee. It continues to explore the essence of Afro-American rhythm in jazz, dancing to Brazilian, Cuban (Ganga) and quasi-Gospel melodies.

It was complete with collaborations from Mike Eckroth on piano, Boris Koslov on bass, drummer Pablo Bencid, Alejandro Avilés on flute, and Luisito Quintero as another percussionist.

Many are full of praise for the album not only for its ability to evoke raw emotion, but also because it is a review of classic pieces by James Taylor, Ray Santos, and Antonio Carlos Jobim.

Bless seems to have meticulously deconstructed the magic of samba, bossa nova, and folk to turn them into planets in his fluid jazz cosmos.

Noah Bless was born in Cincinnati, Ohio, and studied music there until he moved to New York in 1990. Since then, he's brushed shoulders with the likes of Paquito D'Rivera, Mario Bauza, Don Braden, Eddie Palmieri, the Lincoln Center's Afro-Cuban Jazz Orchestra, the Vanguard Jazz Orchestra, the Kamikaze Ground Crew, and Willie Colón to name a few.

When asked about New York Strong, he said it a personal project he always wanted to do when he was in his 30s or 40s. Having come later, it is an album of maturity and deep premeditation, that formed during decades in the profession.

Bless' trombone has been featured in the past alongside Edy Martinez & His Jazz Orchestra in Midnight Jazz Affair (2008), Chico Alvarez and The Palomónte Afro-Cuban Big Band in El Montunero (2012), and with Luisito Quintero in 3rd Element (2014).

That resume of appearances has allowed Bless to deconstruct salsa and samba in the new project. With it, he's potentially saved 2020 in an intense presentation of authentic jazz with 100% Latin American spirit.