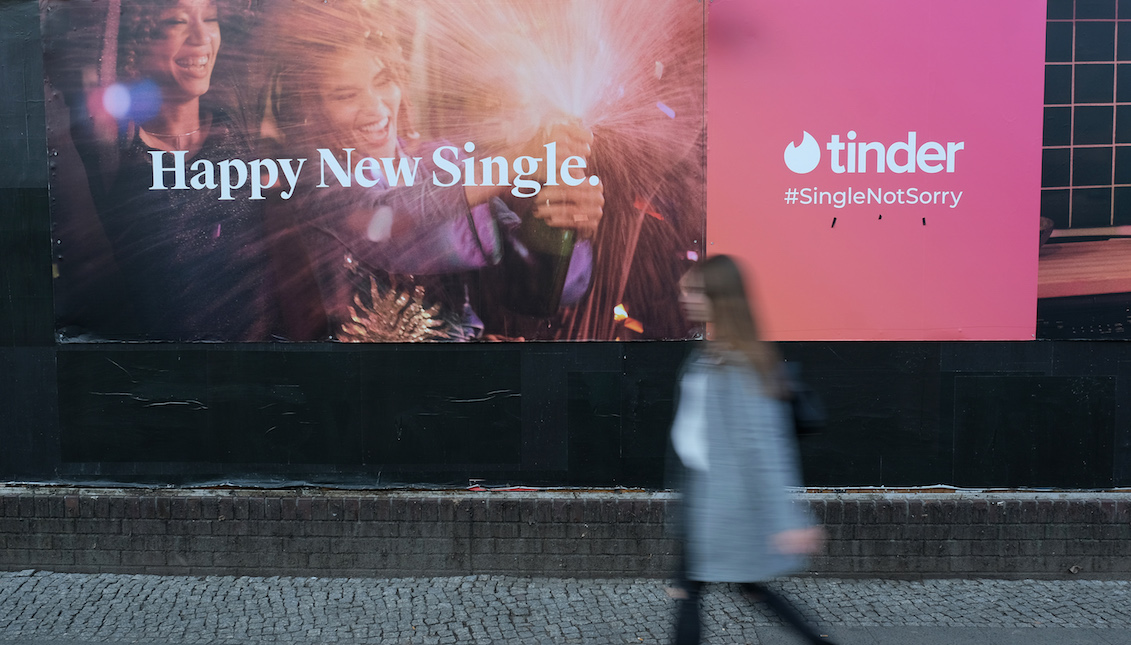 BERLIN, GERMANY - FEBRUARY 18: A young woman walks past a billboard advertisement for the dating app Tinder on February 18, 2019, in Berlin, Germany. Tinder has emerged as one of the most popular dating apps. (Photo by Sean Gallup/Getty Images)

Romance isn’t over: how Internet, Tinder and dating simulators have changed our society

The Internet has become the lover of many humans from the moment they opened their first Hotmail account. Not to even mention if you fell in love with MySpace…

Love has been changed in the digital era. Our forms of social connection no longer exist because you met someone in a bar, they attracted you and you had the courage to propose a date. Now everything goes through platforms - OkCupid, Tinder, Match - that makes us discard, in a matter of seconds, a possible partner, only for their looks. It feels like something similar to a meat market, where you choose the cut for its color without knowing where it comes from or its type.

Helen Fisher, a researcher on love and chemistry between humans and a scientific advisor at Match.com, said during a presentation for Intelligence Squared Debates, that the problem of using applications is not that we lose romantic love, "the biggest problem is cognitive overload. The brain is not well built to choose between hundreds or thousands of alternatives." We have too many options and we don’t know how to handle them, because we always want more.

For her part, Libby Heany, artist and expert in quantum computing explained during her visit to Barcelona that her project, Lady Chatterley's Tinderbot - in which a bot is introduced in the app to chat with users through passages of the novel Lady Chatterley's Lover - verifies the deep ignorance of the other that these platforms present. We don’t know who we are talking to in these apps and, as Heany criticizes, they end up trivializing the concept of intimacy.

Like Heany, the latest novel by Argentine author Patricio Pron, Mañana tendremos otros nombres, reflects on what life is like for a couple that ends their relationship of many years and, although they are young, don’t know how to navigate the quest for a new relationship through technology.

For those who fell in love in pre-technological times, the fact of sending a nude or a “dickpic” by messaging, are incomprehensible acts, unlike the users who have found a formal partner in these dating applications. "I thought that all those couples that were formed in exchange networks and of which all spoke were unicorns," affirms the protagonist of this novel winner of the Alfaguara 2019 prize in Spain.

But beyond criticism or reflection, are we really facing a negative change or is it a cultural problem?

“Balance” is perhaps the keyword

Dating apps have not been around long enough for us to have a clear idea of their good or bad use: should we allow Tinder to be only for a “one-night-stand;” for Match to be for searching for stable partners or that OkCupid is for polyamorous relationships? Should we send nude photos without thinking about what it means for our privacy?

I have spent 35 years looking for stable relationships; I have had some and I know how hard it is to go out every weekend with the hope of finding someone in the park, in a bar or in a friend’s gathering. It’s equally exhausting to swipe left and right, and approaching someone from a photo without knowing how he smells or how he thinks.

Our main problem is to fight loneliness because maybe we don’t know how to cope with it.

The television series Ósmosis, broadcasted by Netflix, tells of how human beings are so desperate to stop having broken hearts, to be alone or to socialize, that it’s best to sign up for an Artificial Intelligence (AI) program in which you can specify the search for your soulmate making a real match according to your tastes and brain structure.

Based on the studies conducted by Fisher, the professor of psychiatry at the McLean Hospital in Belmont, Richard Schwartz, said that the idea of romantic love is a mechanism of the human being to maintain survival, a primitive mechanism so rooted in the cerebral cortex as the one who organizes our impulses in the face of thirst or hunger.

Therefore, it’s not speculative for Fisher to point out in her presentation that "technology cannot change the basic cerebral structure of romance. Technology is changing the way we get hooked.” The brain works like an algorithm and we are doing the same, but on a digital level.

If we fall in love with fictional characters that we idealize in our minds, isn’t it possible for new support to make us fall in love with Artificial Intelligences? Is the movie Her so far from our reality? If sex moves towards sexual robots, why can’t we solve our solitude with a simulator?

Nothing is totally impossible in our world

In Japan, there is a word that conceptualizes the idea of loving a non-human virtual being. That word is moé, which derives from the Japanese verb moeru, which means flowering - literally "bursting into buds" - which in English would be something like: “butterflies in the stomach.”

Cases such as Mystic Messenger - the simulator with a text-messaging interface that lets players interact with the characters through the narration of a romantic novel - can answer many questions.

Mystic Messenger has already left thousands of broken hearts in all parts of the world, as well as the gaming platforms Love and Producer, where the Chinese have spent millions of Yuans to get virtual boyfriends or Dream Daddy where you can find your favorite DILF.

Believe me, there are already robots that think about your loneliness and how to "solve it.”