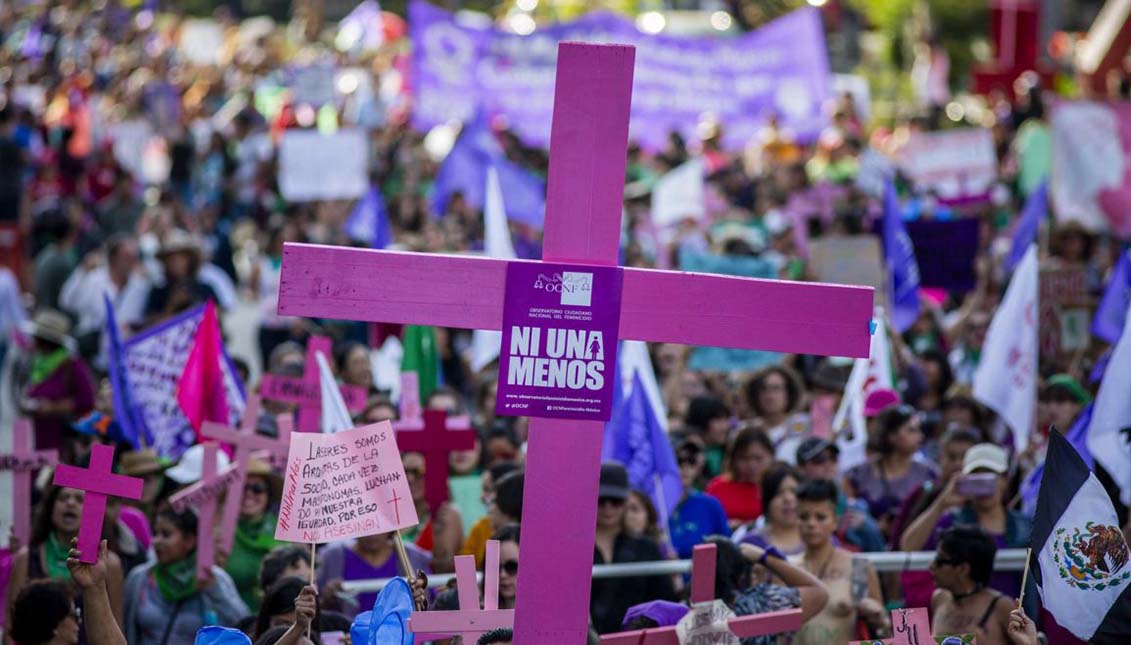 A demonstration in Mexico City during the Day for the Elimination of Violence against Women. Jair Cabrera/Getty Images.

Against feminicide and demanding the legalization of abortion, Latin American women took to the streets. And they did so in a particularly tense political…

According to the Economic Commission for Latin America and the Caribbean (ECLAC), more than 3,500 women were victims of femicide in 25 Latin American countries last year. The continent is tired and wounded. This is why thousands of people raised their voices last November 25 during the International Day for the Elimination of Violence against Women to denounce male aggression and violence, and also to call for the legalization of abortion.

They took the streets in Mexico, Peru, Chile, Colombia, and Argentina to demand justice.

Shouting, "There are no agreements without us," the Chilean Network Against Violence Against Women protested in Santiago, in a particularly tense climate that had not been felt since the time of the dictatorship, with a slogan that made reference to the new Constitution promised by Piñera's government. They carried a banner with "more than 1,000 names of women and girls" killed since the beginning of the century, demanding "dignified lives free of violence."

While Argentine women once again demanded the legalization of abortion, in Peru the forced sterilizations of Fujimori's government were remembered.

Likewise, dozens of women with their eyes blindfolded sang: "It's not my fault, neither where I was nor how I was dressed. You are the rapist. It's the police, the judges, the state, the president. The oppressive state is a male rapist," in a choreography that became viral.

In Colombia, another country living a great political upheaval, women of all ages banged pots and pans from their balconies in support of the students who have already been protesting for a week. And in the middle of a national strike, the green handkerchiefs and whistles framed a day that served to denounce the murder of women human rights defenders and remember that there's a femicide every 16 hours.

Meanwhile, in Mexico, where in places like Juarez femicide is the norm, more than 3,000 women gathered in demonstrations against sexual harassment at school and work, as well as wage inequality.

With the recent scandal over the repeal of a protocol that updated the procedure for treating women who want to terminate their pregnancies in cases of rape or when the mother's life is at risk, Argentines once again asked for the decriminalization and legalization of abortion.

At the same time, feminism showed its concern for the difficult political situations in other countries. "Sexual violence is political violence," said the collective Ni Una Menos, uniting all Argentine feminists in their concern over "the coup d'état in Bolivia and against state terrorism in Chile," adding that "this violence has the selective intention of dismantling the power of feminism and dissident movements."

A demand shared by the Peruvian demonstrators who also called for greater commitment and economic investment by the government in the fight against gender violence through a document signed by nearly 300 organizations.

The memory and condemnation of the forced sterilizations of more than 346,000 indigenous women and 24,500 indigenous men carried out by Fujimori's government during the 1990s also played a central role in marches in cities like Lima.