Colombia's newest urban artist is positioning himself as a global star with "Mi niña," as he announces a new collaboration with Maluma.

There is a new star in the sky of urban music, purely made in Medellin and with a lot of flow.

Stiven Mesa Londoño, artistically baptized as Blessd, is an Antioquian who at only 21 years old is already struggling to position himself in the global reggaeton market, whether with his compositions, songs or freestyles. 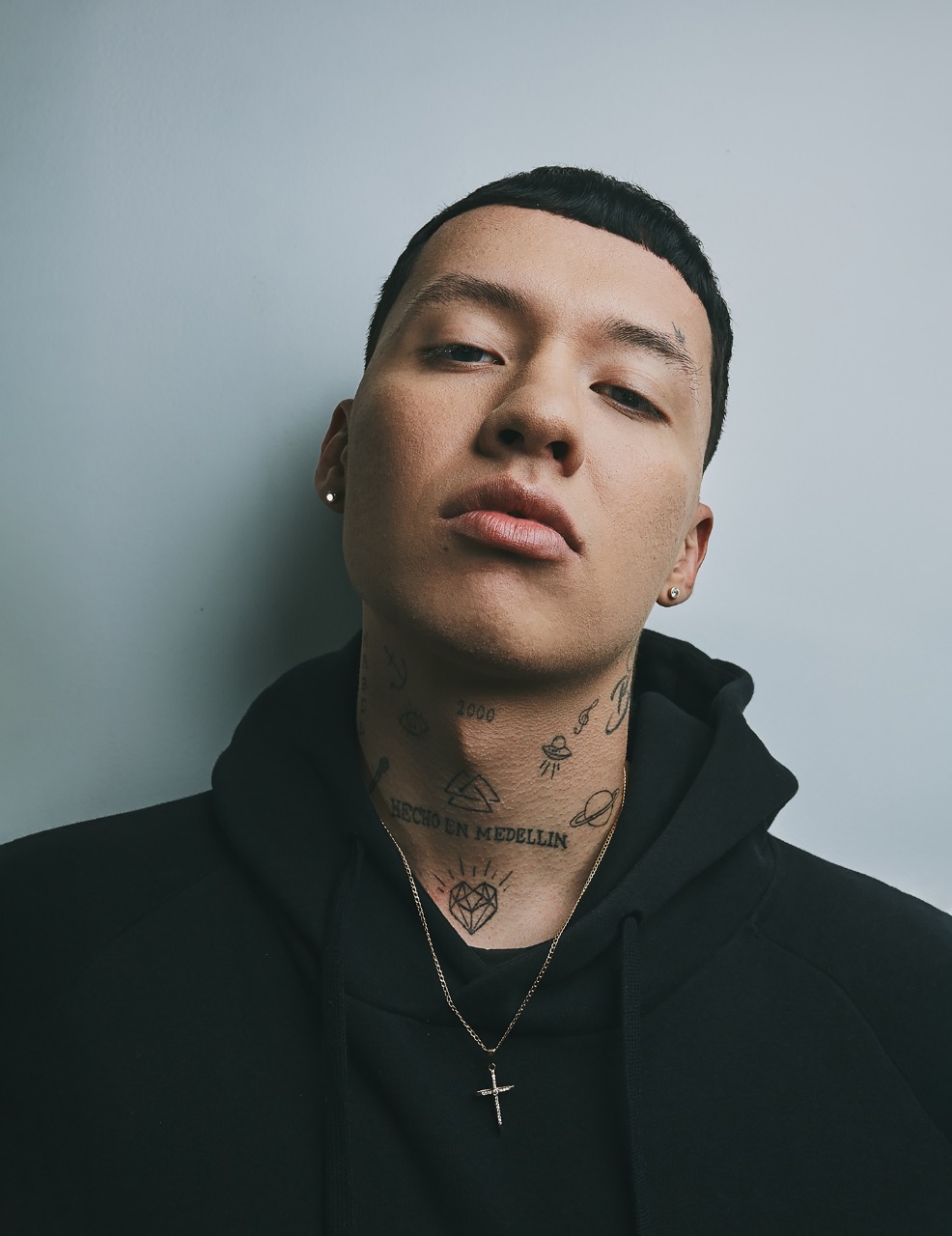 He has already been able to perform in several cities in his country and the public seems totally receptive to this new promise. He did the same with "Viernes Social", for which he brought together four Puerto Rican reggaeton stars: Alexis, Yomo, Amaro and Xantos. The song managed to surpass one million plays in less than a day and became the #1 song on Radio Colombia.

He continued his climb up the genre by managing to work with the producers of the biggest names in urban music such as Sky Rompiendo (J Balvin), Ovy on the Drums (Karol G) or The Rude Boyz (Maluma). He also brought together Colombian rap legends in "Barrio Remix".

This is how he has paved the way to position himself already in the top of YouTube trends with the release of "Mi niña" which was positioned #29 on the list worldwide, currently exceeding 2.7 million views.

He has again broken records by being the youngest urban artist to be positioned in the Spotify playlist called "Baila Reggaeton" which has more than 10 million followers.

They have already announced that the song "Impossible", which has almost three million plays, will have a new version "Impossible Remix", which will feature the collaboration of Maluma and will be released on May 4.

"Medellín on the map! There is a new crop of hard artists coming from the land and I want them to shine. It won't be like in the old days when the ego didn't let them work. Business is business and friendship is friendship. I'm going to mine. This is going to break and UGLY! #ImposibleRemix", added Maluma in networks for his followers. In this way, he has managed to attract the superstar's attention with the song with which he celebrated his 21st birthday and his entry into a new professional phase, that of the big leagues.

To get AL DÍA Print Edition at the comfort of your home, please click here
TAGS
reggaeton
urban music
Medellín

Farruko: Learning from mistakes and verses

Vico C: Netflix revives "he who had died"

El Chombo and The Death of Reggaeton,'Pop is like a black hole and absorbs everything around it'

'La Noche de Anoche,' Bad Bunny and Rosalia are on fire in their latest video together