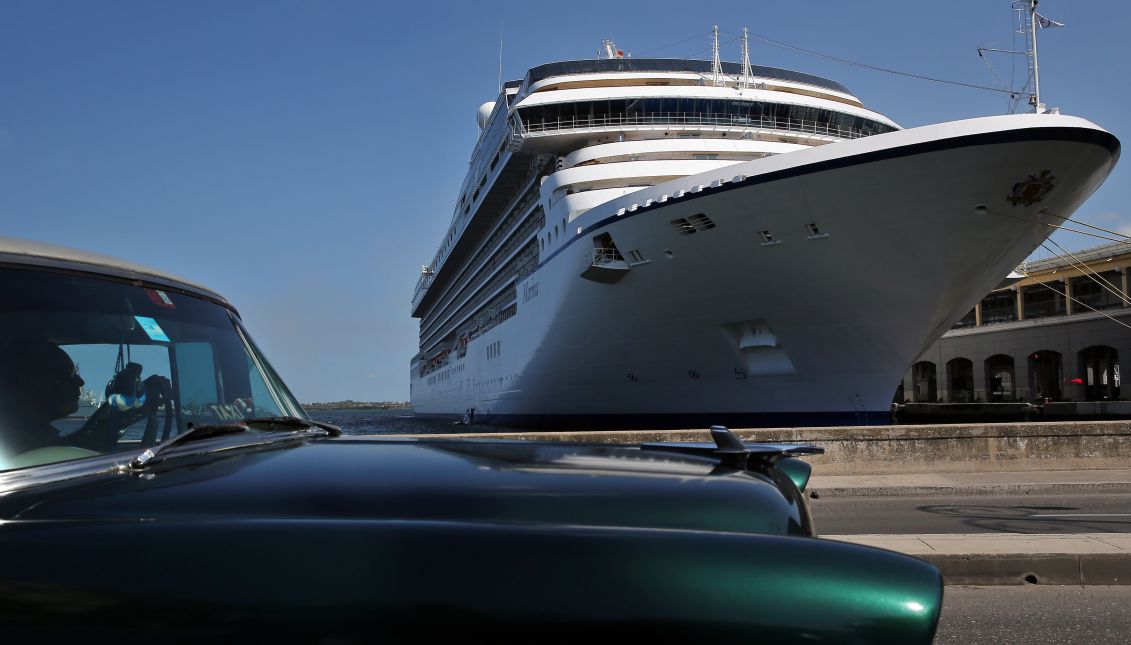 The cruise ship Marina, with the Florida-based Norwegian Cruise Line Holdings Ltd., arrived Thursday at the port of Havana with 1,250 passengers on its first…

The cruise ship Marina, with the Florida-based Norwegian Cruise Line Holdings Ltd., arrived Thursday at the port of Havana with 1,250 passengers on its first trip to Cuba.

Norwegian is forecasting making another nine cruises to the Caribbean island from the US later this year, gradually adding two of the firm's other brands, Oceana Cruises and Regent Seven Seas Cruises, president and CEO Frank del Rio said, according to reports in the local press.

Del Rio said that Norwegian's arrival in Havana has been a long-held "dream," with the future prospect of adding other ports in Cuba to the firm's Caribbean itinerary.

Cruises are one of the best ways to get close to the people of other nations and understand them better, Del Rio said, noting that he was born in 1954 in Cuba and at age 7 emigrated to the US, adding that for him this trip is also a "reunion."

Del Rio forgets that cruises are also an increasing source of pollution: German environment group Nabu claims one medium cruise ship emits as many pollutants as five million cars going the same distance, as reported in The Guardian. It says the ships belch out 3,500 times more sulphur dioxide than cars – although international rules to reduce sulphur emissions in shipping are due to come into force in 2020.

Norwegian, one of the world's largest cruise companies, is the third to connect the US and the communist island, after the Adonia operated by Fathom, an affiliate of Carnival, in May 2016, the first to visit Cuba after the diplomatic thaw between Havana and Washington, and the Pearl Mist, operated by the firm Pearl Seas.

On hand on Thursday to welcome the Marina in Havana was the president of the Cuba Travel Business Group with the island's Tourism Ministry, Jose Manuel Bisbe, who predicted that cruises to Cuba will increase and will come to include the ports of Cienfuegos and Santiago de Cuba

Bisbe said that in 2016 some 88,000 cruise travelers visited the island and in the first two months of this year already 55,000 have come to Cuba, figures that are significantly higher than for earlier similar periods, although he said they were "far below the potential."

He said that currently 12 cruise lines and brands travel to Cuba with vessels carrying more than 1,000 passengers each, but he predicted in 2017 there would be more than 2,000 visitors per ship, and the country could host 200,000 to 300,000 cruise travelers per year.

This June, Cuba will welcome the Carnival Paradise, a cruise ship that can carry 2,052 passengers arriving from Tampa and the largest vessel from the US to visit the island up to that point.

Although the prohibition on tourist travel to Cuba for US citizens is still in effect, they can get to the island under 12 authorized categories including "people-to-people educational trips," among others.

In accord with those rules, in 2016, 284,937 Americans visited Cuba, a 74 percent increase over the previous year, according to official tallies.

For the first time in its history, Cuba received more than 4 million tourists in 2016, a record representing an increase of 14.5 percent over the previous year, and - given the tourist flow so far in 2017 - 4.2 million visitors are predicted by year end.