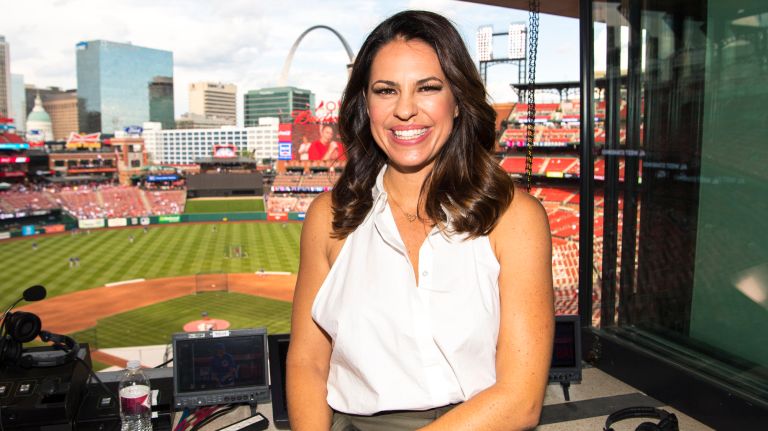 The New York Mets announced today that Jessica Mendoza will be joining the team's baseball operations department as an advisor to the team.

Mendoza has been a broadcaster and color analyst for ESPN Sunday Night Baseball since 2016, and will be maintaining her role in that capacity, in addition to her new role as an advisor for the Mets. She initially joined ESPN in 2007, where she's worked on various ESPN productions, including the Little League World Series coverage on ABC, the Men's College World Series, as well as the Women's College World Series.

"Jessica is incredibly well respected throughout the industry and we are excited to bring her into the organization," Mets general manager Brodie Van Wagenen said in a statement. "She is a world-class athlete and experienced television analyst with an extremely high baseball IQ. We are confident that she will help us in our efforts to win now and in the future. This hire demonstrates the continued support from ownership to invest in the intellectual capital of the New York Mets."

According to the press release, Mendoza's "focus will be in the areas of player evaluation, roster construction, technological advancement and health and performance."

“I am excited to work with Brodie and his team and am thrilled to be associated with the Mets and their storied history,” said Mendoza in the same statement. “I’ve known Brodie and Jeff Wilpon for years now and I’m honored to be a small part of the organization. I would also like to thank ESPN and Disney for their understanding and confidence as I balance both tasks moving forward. Baseball is a passion of mine and I look forward to expanding on my love for the game.”

Mendoza is also a very accomplished athlete. She won a gold medal in the 2004 Olympics with the United States women's national softball team, as well as a silver medal in the 2008 Olympics. She is also a three-time World Champion and World Cup Champion, in addition to being a two-time Pan American Gold Medalist. From 1999 to 2002, at Stanford University, Mendoza was a four-time First All-Team All-American outfielder for the Stanford Cardinal, where she still owns numerous records.