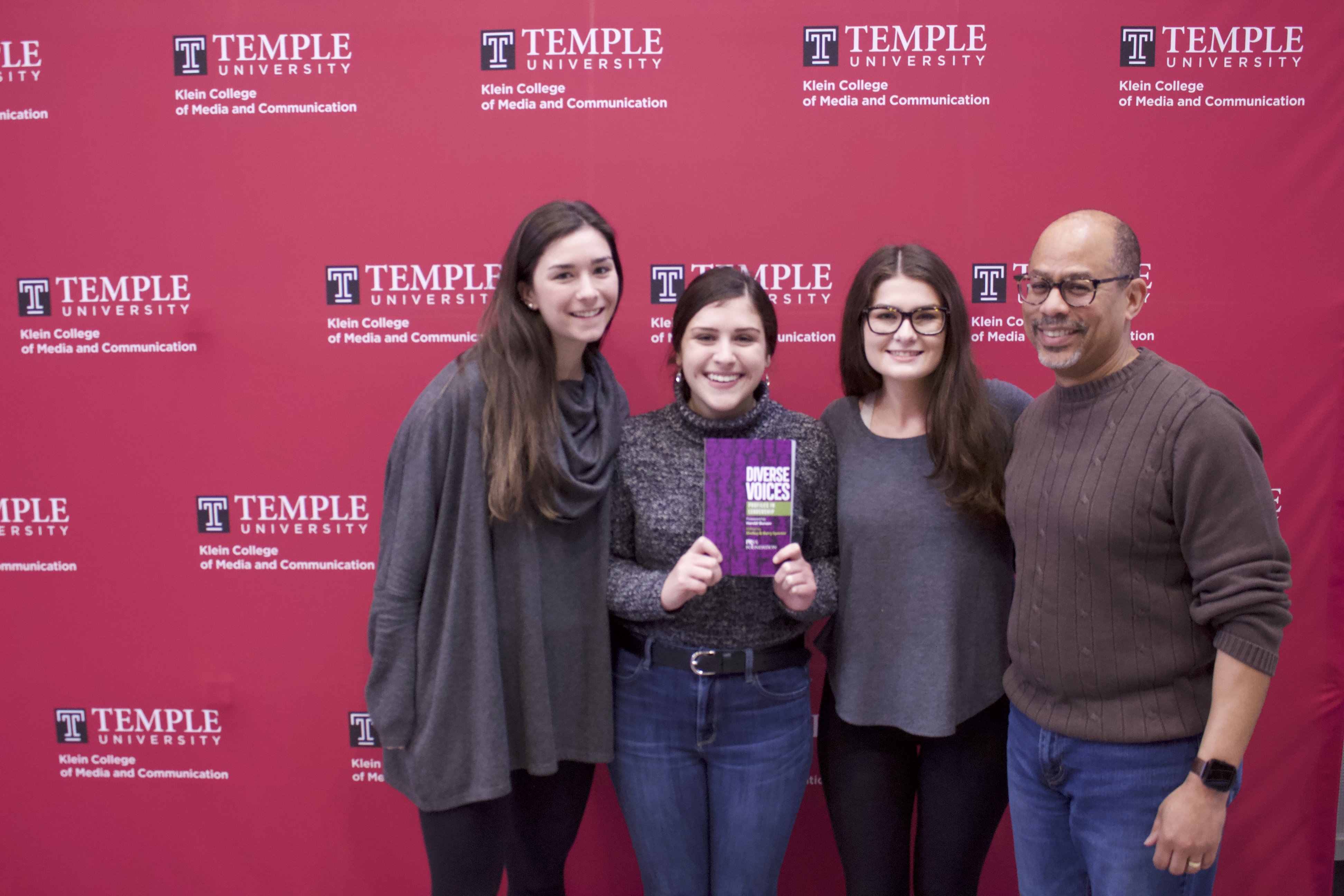 The topic of diversity in public relations, journalism, and other areas of the communications field has been an ongoing conversation. While the lack of diversity within these fields have been discussed, the issue still persists.

A team of five Temple University public relations students are playing their part in creating sustainable solutions to help address this issue.

“There’s historically been an issue with not having diverse practitioners, and practitioners of color,” team member Christina Borst said.

The team recently launched a new campaign targeting students and educators within the Klein College of Media and Communication to help educate them about this diversity opportunity.

“One of the main goals of our campaign is to put these words that have been talked about for so long into action,” team member Mary Kate O’Malley said. “First step to do that is by educating people, especially just starting at Temple here, and then moving to a broader audience, as well.”

Their professor, David Brown, who has been in the public relations field for 40 years, said the goal is to determine what types of implementation can be put into practice and create real change.

This campaign is in conjunction with the Bateman Competition, the premier national competition of the Public Relations Student Society of America (PRSSA). Each year, PRSSA chooses a different non-profit client, and this year the client is the PRSA Foundation, a non-profit committed to promoting diversity among public relations professionals and companies to best serve the public.

The team members all agreed that there is a high level of importance in having diversity.

Borst said that through research, the team learned that diversity helps with innovation and also business functioning.

“When you don’t have practitioners of color or executives of color… you’re leaving out voices that bring a very different perspective and a different understanding of experiences,” she said.

“We’re trying to view it more as a moral imperative, that it’s important to include all voices because regardless of your background, everyone has something different they can bring to the table,” she continued.

While diversity is an imperative, team member Rose McBride said it’s also important to talk about inclusion, as well.

“We also want to help students, especially at Temple, realize they can break through what they may see as a glass ceiling... really it’s an opportunity for them to excel in this field,” O’Malley added.

A big part of the campaign will also include a book club, inspired by the book “Diverse Voices: Profiles in Leadership,” which features the stories of 40 diverse public relations professionals and how they have overcome adversity throughout their careers.

“I think something that a lot of young students who have worries about breaking into the field, one of the concerns that they hold is that there aren’t people who have stories that they can relate to, but that’s not true. It’s just that they haven’t found those people yet. And that’s what we’re hoping to do with this book club — forge those connections,” said Borst.

"Everyone has a story. And it’s our jobs to elevate their voices and share their stories," McBride added.

Other parts of the campaign include:

While this campaign will only run for a short period of time, the goal is for these conversations to continue so that solutions to be created.

“The worst thing that could happen with this is that we get it started and then it just dies when our campaign ends, then we’re gonna be back to where we started before. So, what we’re hoping to be able to do is plant the kind of seeds that are gonna be able to grow these conversations,” said Brown.

The campaign will use #Not30But365 on social media to engage and foster awareness about this initiative.