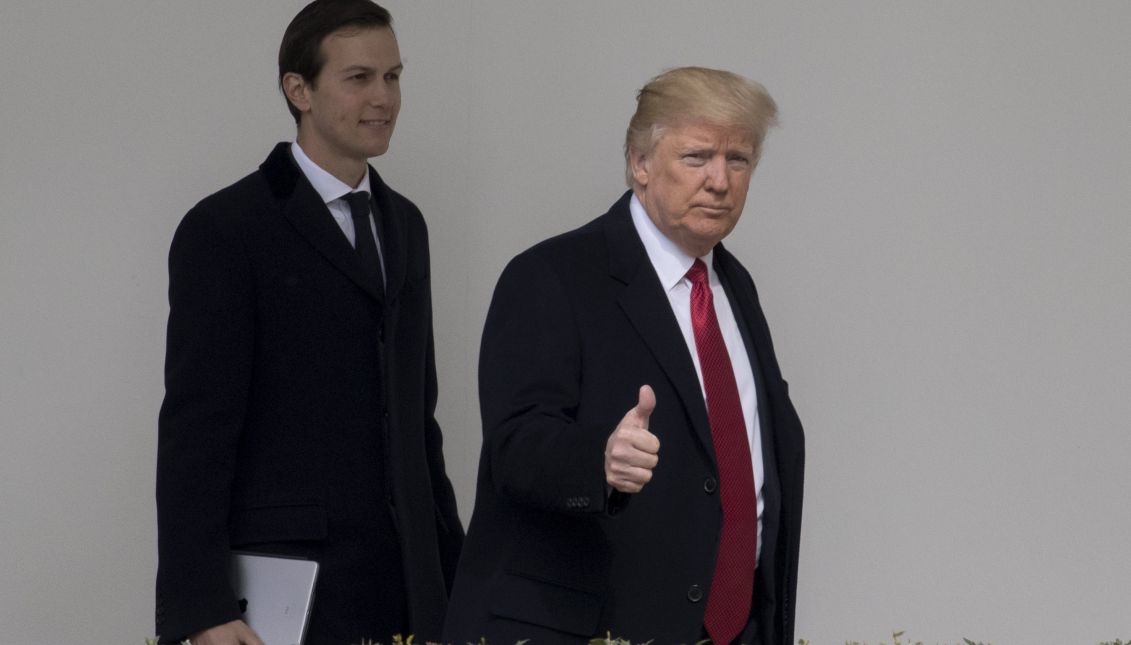 Jared Kushner, Donald Trump’s son-in-law and senior adviser, will have to face a race of obstacles before he can take his new role at the White House.

On Monday, Kushner was appointed by Trump to head the new Office of American Innovation, a  department  designed to overhaul the federal government with input from the private sector. But also on Monday it was revealed that Kushner would testify before a Senate committee investigating Russian interference in last year’s election.

AsThe New York Times reported on Monday, a Senate committee wants to question the son-in-law of President Donald Trump about the meetings he held last December with Russian government representatives.

The daily, citing administration and congressional officials, reported that Kushner held initial meetings with the Russian ambassador to Washington, Sergey Kislyak, and with the head of a state-run development bank, Sergey Gorkov.

The Times said that the Senate Intelligence Committee is investigating those contacts as part of the probe by US authorities into Russian interference in the Nov. 8 election.

Kushner's first meeting, which was already known about, occurred at New York's Trump Tower during the presidential transition. The encounter at Trump Tower also included the former national security adviser Michael Flynn, who resigned from the Trump administration after misleading vice-president Mike Pence about the nature of his discussions with Kislyak.

Late on Monday a Russian bank under western economic sanctions over Russia’s incursion into Ukraine also disclosed that its executives had met Kushner during the election campaign.

After that first contact, Kushner met with Gorkov, the head of Vnesheconombank and included on a list of people sanctioned by the US over the Russian annexation of Crimea and its support for armed pro-Russian groups in Ukraine, as reported in EFE.

The White House to date has only acknowledged the meeting between the Russian ambassador and Kushner, but presidential spokesperson Hope Hicks confirmed to the daily both contacts and downplayed the discussion between Trump's son-in-law and the Russians.

Hicks said that Kushner has said he is ready to speak with the Senate Intelligence Committee and noted that during the presidential transition he met with dozens of foreign representatives.

"He isn't trying to hide anything and wants to be transparent," Hicks said.

The White House press secretary, Sean Spicer, said there was nothing “nefarious” about Kushner’s meeting with the Russian ambassador, while adding that Kushner had “volunteered” to answer questions from the Senate panel.

“Given the role that he played both during the campaign and the transition, he met with countless individuals,” Spicer told reporters Monday. “That was part of his job, that was part of his role, and he executed it completely as he was supposed to.”

But he is regarded as one of the few who truly has the president’s ear. Kushner, like his father-in-law, was born to a property mogul and pursued the family business of real estate development in Manhattan, as reported in The Guardian.

Both their fathers faced controversy. While Fred Trump was sued for discriminating against African Americans and Puerto Ricans seeking to rent apartments in his properties, Charles Kushner was jailed for tax evasion, making illegal campaign contributions and witness tampering.

After being named senior advisor in the Trump's White House, Kushner has proved gradual influence in the president's ear, especially in foreign affairs and the Middle East affairs.

An Orthodox Jew, Kushner met at length with the Israeli ambassador to the US, Ron Dermer, during the campaign and helped craft Trump’s address before the influential American Israel Public Affairs Committee at a time when his father-in-law faced skepticism from the pro-Israel lobby.

“If you can’t produce Middle East peace, nobody can,” Trump told his son-in-law on the eve of his 20 January inauguration.