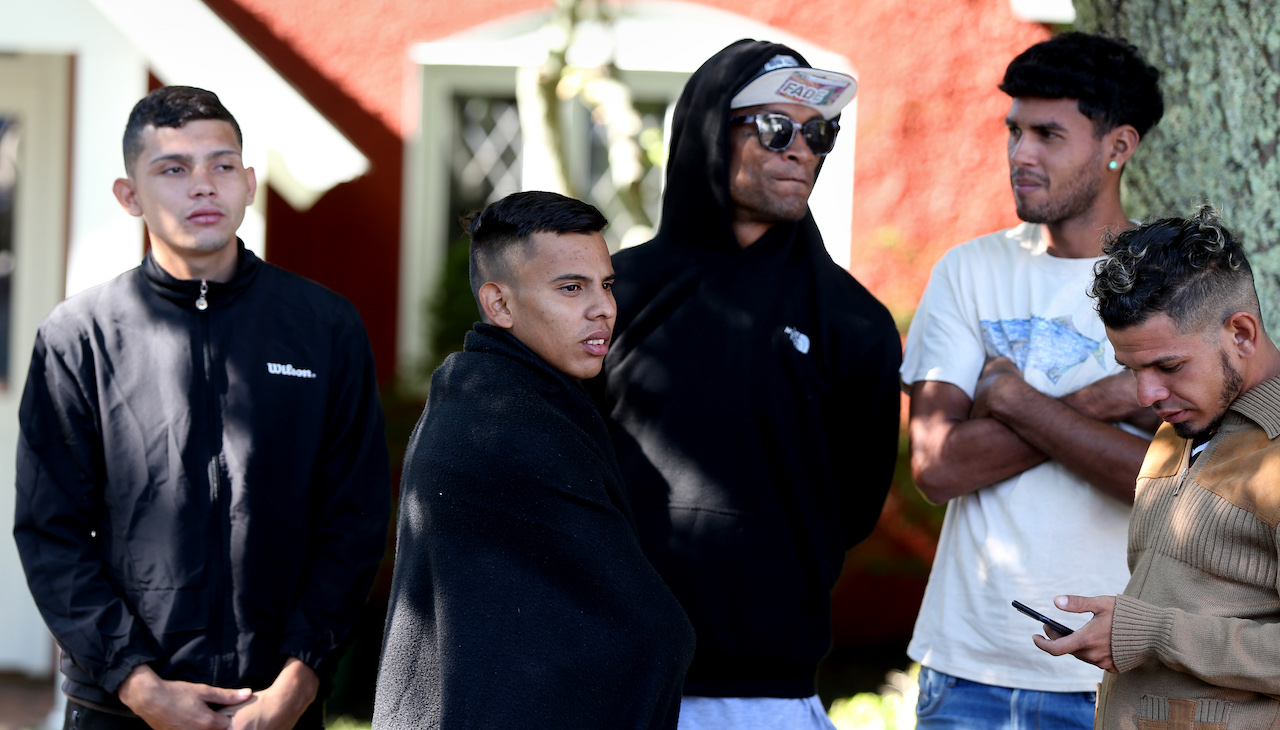 Texas sent two buses full of migrants to Kamala Harris’ D.C. residence, as Texas Governor Greg Abbott continued his rebellious actions against the Biden Administration and Democrats alike. Florida Governor Ron DeSantis also joined in, when he paid for a plane carrying 50 migrants to fly to Martha’s Vineyard from Texas, and not Florida according to DeSantis, after migrants were told they were flying to Boston.

"States like Massachusetts, New York and California will better facilitate the care of these individuals who they have invited into our country by incentivizing illegal immigration," a spokesperson for DeSantis said in a statement to NPR.

Abbott and DeSantis look to increase their fight on border security and immigration. According to Abbott’s office, more than 10,000 migrants have been bused out of Texas to the previously-listed sanctuary cities. More than 100 migrants were sent to Harris’ home at the United States Naval Observatory in Washington, D.C. The buses dropped off over 100 migrants from Colombia, Cuba, Guyana, Nicaragua, Panama, and Venezuela.

"The Biden-Harris Administration continues ignoring and denying the historic crisis at our southern border, which has endangered and overwhelmed Texas communities for almost two years,” Abbott said in a statement. “Our supposed Border Czar, Vice President Kamala Harris, has yet to even visit the border to see firsthand the impact of the open border policies she has helped implement, even going so far as to claim the border is ‘secure.’ Texas will continue sending migrants to sanctuary cities like Washington, D.C. until President Biden and Border Czar Harris step up and do their jobs to secure the border.”

The bus situation traces back to Abbott’s implementation of a new policy in April in which he ordered the Texas Division of Emergency Management to get buses chartered to carry migrants from Texas to the nation's capital. Later, Abbott added New York City to the list of sanctuary cities to receive migrants with little to no notice. Chicago was later added when Abbott began sending buses to the Windy City Wednesday, Aug. 31.

Massachusetts Rep. Dylan Fernandes, who represents Martha's Vineyard, called out the “inhumane” tactics used by the Republican governors to make their point.

"We have the governor of Florida ... hatching a secret plot to send immigrant families like cattle on an airplane…Ship them women and children to a place they weren't told where they were going and never alerted local officials and people on the ground here that they were coming," he said.

Despite this, Abbott said he was not aware of DeSantis’ plan.

"Our office has had conversations with Governor DeSantis and his team about supporting our busing strategy to provide much-needed relief to our overwhelmed and overrun border communities," a spokesman for his office said. "Though we were not involved in these initial planes to Martha's Vineyard, we appreciate the support in responding to this national crisis and helping Texans.”

Washington D.C. has already declared a state of emergency over the influx of migrants on buses and other major Democratic cities across the country are preparing for the situation if it were to come their way.

Philadelphia recently announced it is preparing, but have not heard anything from Texas or its governor on being a potential target.